Perfectionism Can Become A Vicious Cycle In Families

by Gail Cornwall: Mothers and fathers risk passing down this tendency to the next generation, creating a pattern of dissatisfaction… 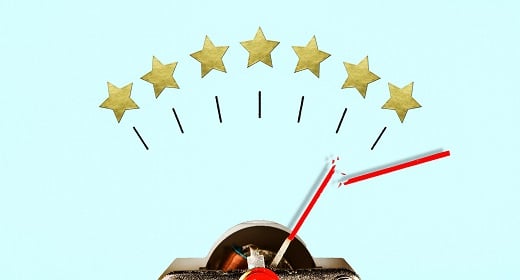 Roshni Ray Ricchetti was 16 years old when she arrived at MIT with perfect SAT scores and “lots and lots” of AP credits. She said her parents pushed her to make the absolute most of her talents. “I was a very, very high-performing student who, frankly, crashed and burned. I dropped out of MIT. And I’ve ended up okay in spite of that,” the Illinois-based science editor told me. But while she says she doesn’t want to expect too much of her own three children, Ricchetti worries that her daughter might not be “exceptional” at anything. “It drives me nuts that she’s not two full years ahead in Khan Academy, which I make my kids do on the side,” she said. “She’s only about a year ahead of grade level.”

Psychologists have a term for what Ricchetti might be grappling with: other-oriented perfectionism. People with this type of perfectionism direct their unrealistic expectations outward, such as at their partner, their co-workers—and their children. Many other-oriented perfectionists appear to perceive themselves as flawless and others as defective. When life doesn’t go as they think it should, those perceptions turn to recriminations: If only you had done things right, I would be happier, more successful. “These are people who tend not to be very contented,” Gordon Flett, a psychology professor and researcher at York University in Canada, told me. Paul Hewitt, who runs the Perfectionism and Psychopathology Lab at the University of British Columbia, summed up the other-oriented perfectionist’s facade as “It’s not me; it’s you.” But beneath other-oriented perfectionism lie insecurity and often narcissism. “It’s deflecting attention away from personal issues so the focus is on other people’s inadequacies,” Flett said.

A parent with this brand of perfectionism is likely to be perpetually dissatisfied, creating a tense and controlling home environment. Moreover, by holding their children to exacting standards, mothers and fathers risk passing down this tendency to the next generation for the cycle to repeat. For a forthcoming book he wrote with Hewitt—currently titled Perfectionism in Childhood and Adolescence: A Developmental Approach—Flett said they analyzed 10 studies that together suggest that one in three children and adolescents now has some “clearly maladaptive” form of perfectionism. Although much of the research in this area has focused on mothers, fathers also display child-oriented perfectionism—unsurprising given that rates of general other-oriented perfectionism appear to be similar across gender, according to Konrad Piotrowski, an assistant psychology professor at SWPS University, in Poland.

But other-oriented perfectionism doesn’t just come from someone’s parents demanding flawlessness from them. Flett told me that children can also develop this outlook from being raised in a “highly evaluative” family that routinely picks apart things like movies, restaurant food, and fellow PTA members. Alternatively, a parent might be a self-oriented perfectionist with boundary issues: If they have to be perfect to be okay, and the child is an extension of them, the child has to be perfect too. To not feel flawed themselves, Hewitt said, these parents are “kind of borrowing the perfection of other people.” And a common route to other-oriented perfectionism is trust issues from being let down in childhood. When being vulnerable is too painful, people might nitpick and criticize to keep others at a distance, Hewitt said.

Research shows that, even when they are trying to help someone else, other-oriented perfectionists often yell at or humiliate others to get them to do things the way they think is best. In a 2016 study appearing in the Journal of Child and Family Studies, mothers who had performance-oriented goals for their adolescent daughters were more likely to engage in controlling parenting. At the extreme, critical parenting can amount to abuse. But even less severe perfectionism in parents has been tied to two phenomena that have, in turn, been linked to undesirable outcomes for kids: helicopter parenting and authoritarian parenting.

Two stories stand out from Ricchetti’s childhood. In eighth grade, she called her father to tell him she’d won her school’s Science Olympiad. “His first question was, ‘Oh, what did you get?’ And I said, ‘I got a 96 out of 100.’ And the second thing he said—there’s no congratulations or anything—‘Oh, what happened to those four points?’” she said. When she casually mentioned that she might write a book as an adolescent, her dad’s first response was to point out that she’d be eligible for the Booker Prize.

Ricchetti said her parents are wonderful people, and she always knew that their encouragement came from a place of love, especially when her dad would say, “I don’t care what you do, but whatever you do, you have to be the best at it.” But despite his good intentions, she developed a sense that if she isn’t the best, she’s not worthy. “I can’t even separate” self-worth from perfection, Ricchetti said.

Her father, Animesh Ray, 66, still stands by his words. Of the Booker Prize and four-points comments, he told me, “Those unfortunate statements can be construed in many different ways, but they were really in jest.” He said he wouldn’t have said “You have to be the best,” but rather “You should try to be the best.” Aside from that clarification, he said, “Yes, I say that always, and I still believe it.” Even knowing how it affected his daughter, Ray said, “I wouldn’t phrase it differently, because if she thinks she hasn’t obtained the best in something, then she hasn’t tried it very well.”

When I described child-oriented perfectionism to her, Ricchetti said, “I suspect I could be guilty of that as a parent.” She’s struggled with depression since her youth, likely exacerbated by high expectations. “I really worry about transferring my insecurities of my failures onto my kids,” she told me.

The authors of a 2020 meta-analysis of 14 studies found a small but statistically significant association between “perfectionist concerns,” such as extreme self-scrutiny in parents, and psychological distress in children, including anxiety and depressive symptoms. When these kids end up grappling with perfectionism themselves, Hewitt said, they can “learn to look to the external world for how to be.” The parenting coach Sarah Rosensweet told me, “The key to resilience is that you can handle it when you mess up; you don’t feel like, ‘Oh, I’m a terrible person.’”

Children aren’t the only ones distressed by perfectionist parents. In a paper published in 2020, Piotrowski found that child-oriented perfectionism can lead to a lack of satisfaction with parenthood and to feeling burdened by the parental role. That burden can become so bad that parents experience regret around having become parents in the first place. In the paper, Piotrowski also summarized the results of another of his studies, which said, “The higher the mother’s general other-oriented perfectionism, the stronger is her conviction that becoming a parent was a mistake.” Nothing in the scientific literature suggests that these findings would not apply to parents of all genders, Piotrowski told me.

After acknowledging her inclination toward child-oriented perfectionism, Ricchetti said, “The single biggest combatant that I have to that is my husband … His philosophy with child-rearing is that I overthink everything, and they’re going to be fine.” Having him home during the pandemic pushed her to back off. Ricchetti also shifted her nanny’s hours—delegating breakfast management and lunch packing to her—so she could be less stressed and less exacting when she supervised morning piano practice six days a week. When her nanny gave notice, she decided to cut down her work hours. “I think the kids are actually seeing a better balance,” she said.

After Ricchetti told me how her daughter’s single-grade-level advantage in Khan Academy was insufficient, she caught herself. “When I say it out loud, I realize the patent absurdity of what I’m talking about, but I’m talking about my feelings about it.” She’s pushing back against that inner voice for the sake of her children. After her daughter was wait-listed for the Joffrey Ballet School’s summer intensives program, Ricchetti said, “I was able to successfully play my disappointment into, ‘This is really hard to get into, and you were wait-listed, and it’s COVID year, and they are accepting even fewer people.’”

But parents don’t have to fight off child-oriented perfectionism single-handedly. In What No One Tells You: A Guide to Your Emotions From Pregnancy to Motherhood, Alexandra Sacks and Catherine Birndorf wrote: “We want to encourage you to think about accepting your baby as a good enough child.” In practice, that can look like the mantra Kelly Corrigan described in Tell Me More: Stories About the 12 Hardest Things I’m Learning to Say. Her dad would tell her, “A couple wins here and there is plenty.” Many parents might turn to therapy to locate the roots of their perfectionism. “Ultimately, you need to get at what’s motivating it,” Hewitt said.

No parent can unfailingly let things go, spin disappointment as opportunity, accept imperfection as a fact of life, reward effort, support a child’s autonomy, and work through their own issues. Those inclined toward child-oriented perfectionism will inevitably criticize their kids, and what comes next is important too. “Whenever I’m mean to the kids,” Ricchetti said, she does everything she can to repair the damage, acknowledging her misstep, apologizing, and resetting by pulling the child onto her lap and listing all the wonderful traits she sees in them.

What parents should aim for, Flett said, is a child “who knows that they matter to that parent and who knows that they don’t have to have perfect grades to feel that way.” Ultimately, the goal is to communicate unconditional regard, which sounds a whole lot like the antithesis of perfectionism.

Gail Cornwall is a writer based in San Francisco. Her work has appeared in The Washington Post, Salon, and The New York Times.