Taijiquan And The Parasympathetic Nervous System 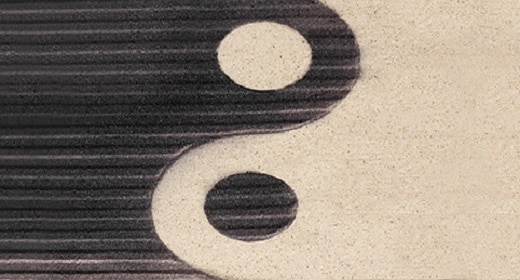 and other traits that are characteristic of parasympathetic nervous system (PSNS) control. The PSNS is sometimes called the “rest and digest” system that activates the “relaxation response.” By contrast, the sympathetic nervous system (SNS) is responsible for the “fight-or-flight” response, and activates the body to be ready for action (increased respiration and heart rates, etc.). It is thought that the SNS is dominant when one is awake and active, whereas the PSNS is dominant when the body is resting or recovering.

Many sports, including fighting, think that being “ready for action” or “ready for a fight” is necessary for optimal performance and get “pumped up” through various pre-competition routines that increase one’s adrenaline. They often use pep talks, play loud and pounding music, jump up and down, stare down the opponent, yell or get angry, use posturing or posing, etc. to get psyched. These actions activate the SNS. This seems to be incompatible with Taijiquan’s emphasis. Can one be ready for optimal performance while being in a state controlled by the PSNS rather than the SNS?

Many of the principles used in Taijiquan activate the PSNS, like breathing from the diaphragm, using mindfulness, using imagery, moving smoothly and continuously, and even smiling, etc. It seems logical that we would want to maintain the benefits of these practices even when engaged in competitive situations. But thoughts on optimizing sports performance seem to indicate that one needs to activate the SNS instead. Is it possible to have optimal Taijiquan performance, within a competitive situation, while under the control of the PSNS?

Several studies on Taijiquan have provided supporting evidence for its modulation (the decrease in the SNS) on the autonomic nervous system. Although the science behind sports performance rarely studies the PSNS, there are several factors that we can refer to that may help understand this apparent incompatibility between PSNS and SNS control for optimal performance. While speculative in nature, this article can provide ways to think about optimal performance that are different than the conventional thoughts on the topic.

What do we want from Taijiquan that may differ from the conventional approach taken by sports scientists, physical trainers and athletes? In this article I am addressing performance from fit individuals rather than corrective health practice for less healthy practitioners, so a reasonable level of strength, endurance and general fitness for the Taijiquan practitioner is assumed for this article.

One can view the PSNS and SNS as being like the principles of yin (阴) and yang (阳), respectively, in that they interact with each other rather than only one system acting while the other system is turned completely off. If they are both present to varying degrees, then one could further look at them as being a continuum with extreme yin (PSNS) on one end and extreme yang (SNS) on the other. Taijiquan and other physical activities like sports, as well as rest and recuperation, etc., will tend towards one or the other end of this spectrum. One could refer to the yin end as being “internal” whereas the yang end would be “external”.

Sports that emphasize getting pumped up tend towards the yang end of the spectrum and rely on the activation of the SNS. But it has been widely studied and acknowledged that over intensity is detrimental to sports performance, as are anxiety and nervousness, etc. Therefore, techniques like meditation, deep breathing, massages, and other relaxation techniques are utilized to counter the negative effects of being too yang. This means that some balance with the PSNS is acknowledged as being beneficial for optimal sports performance.

Despite the differences, sports and Taijiquan share some common indicators of proficiency. For example, grace and beauty of physical movements can indicate motor unit synchronization and can also indicate whole body coordination. Both also value balance and efficiency, although the means used during training may differ.

Unfortunately for our understanding of Taijiquan, research on the PSNS rarely goes beyond correcting problems with over intensity, or for recovery, rather than looking at this end of the spectrum as potentially being beneficial for optimal performance. But there may be something else, known in psychology as the “flow state” or more commonly called being “in the zone” in sports, that may provide insights for Taijiquan practice and possibly help us understand the yin or PSNS end of the spectrum.

Since the “flow state” where one is engrossed in an enjoyable individual activity so much that they lose track of time may differ from “the zone” in sports, which is associated with a rare peak performance above what the person normally achieves, I will compare Taijiquan primarily to flow (or the zone) in sports. The flow state has been described as being psychologically in a band between over excitement (e.g., anxiety) and under excitement (e.g., boredom), but that may not be particularly helpful for examining if it relates to PSNS or SNS differences.

Clearly, Taijiquan is not looking to induce a state of boredom! So if we eliminate that extreme from what the psychologists use in their examples of the flow state, then we have a narrower range of possibilities where being alert but calm is opposed to being excited and aroused.

Some athletes who get emotional during competition are praised (e.g., “their heart is in it” or they have the “competitive fire”…), but also praised are some athletes who maintain their composure regardless of the situation (e.g., unflappable, cool headed…). To me this shows tendencies towards one or the other end of the PSNS/SNS continuum and, while either approach may potentially lead to high athletic performance, they are clearly different.