What To See In The Night Sky In July

by Michael d’Estries: From dueling meteor showers to a gorgeous Thunder Moon, this month is perfect for relaxing under the stars and taking in the heavens… 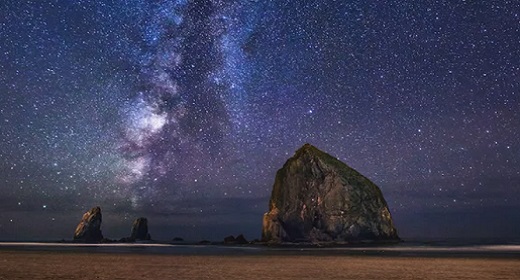 While fireworks will dominate the evening skies on the Fourth of July across the U.S., the rest of the month will feature visual spectacles of a different kind, from the full Thunder Moon to close encounters with other planets.

So set your alarm clock, have a blanket ready and check out some of July’s celestial highlights below. Wishing you clear skies!

Earth Is Farthest From the Sun (July 5)

You wouldn’t know it based on the record-setting heat waves blanketing parts of the U.S., but the Earth’s elliptical orbit will shortly reach its farthest point from the sun. Called aphelion, this moment will occur on July 5 at 4:27 EST at a distance of 94,510,886 miles. Celebrate by jumping in your favorite body of water, running into the shadows, or cranking that ceiling fan.

This month’s new moon on July 9 offers the perfect opportunity to grab the telescope and head out for dark, unencumbered views of galaxies, planets and other celestial sights. With the last quarter moon phase on July 1, this event will be preceded by near-moonless evenings conducive to stargazing.

Mars and Venus in Conjunction (July 13)

Just after sunset on July 13, Venus and Mars will rise low on the western horizon and appear extremely close to each other. Called a conjunction, the two planets will be just 0.5 degrees apart. In reality, the space between Mars and Venus is roughly 74,402,987 miles.

Alpha Capricornids (July 15 through the month)

The Alpha Capricornids meteor shower starts July 15, peaks on July 29, and ends in mid-August. According to the American Meteor Society: “This shower is not very strong and rarely produces in excess of five shower members per hour. What is notable about this shower is the number of bright fireballs produced during its activity period. This shower is seen equally well on either side of the equator.”

With July being the stormiest month of the year for the Northern Hemisphere, it only makes sense that its full moon nickname would follow suit. For those lucky enough to have clear skies, the so-called Thunder Moon (frankly, the best moon nickname of the year) will make its trip across the evening sky on July 23. Peak illumination will come at 10:37 p.m. EST.

In addition to its association with storms, this full moon has also been nicknamed the Buck Moon (for when deer begin growing their antlers), the Ripe Corn Moon, and the Hay Moon. Europeans also called it the Meade Moon as it coincided with an uptick in honey harvest for making the delicious drink. 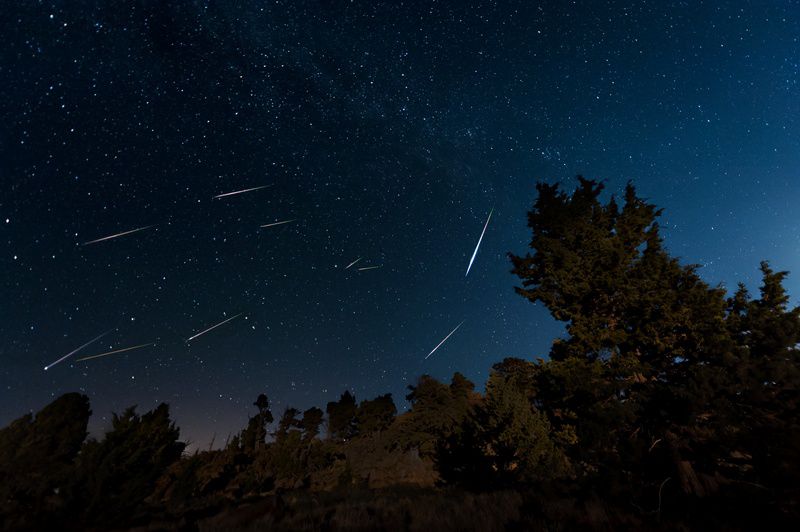 Along with that full moon comes the start of the annual Perseid meteor shower. The colorful meteors may be hard to see at first, but it’ll get easier toward the end of the month and into early August at the peak. The parent of the Perseids is a 16-mile-wide comet named Swift-Tuttle, and they’re called Perseids since they come from a part of the sky near the constellation Perseus.

A precursor to the more popular Perseid meteor shower in August, the Delta Aquarids begin mid-July and peak around July 29. The video above is from the 2020 shower. The meteors appear to originate just before the constellation Aquarius the Water Bearer in the southern sky. In reality, they’re debris from Comet 96P Machholz, a short-period sun-grazing comet that swings our way every five years. To catch the shower at its best, look up on the morning of the 28 or 29 between 2 a.m.-3 a.m.

The Return of the ‘Ghost of the Summer Dawn’ (July 30)

Orion the Hunter is a distinctive constellation during the winter months thanks to the three bright stars, Mintaka, Alnitak, and Alnilam, that make up its belt. (The best way to pick out Orion’s belt in the busy photo above is to look for the three stars in a row on the sharp diagonal.) On July 30, this constellation will make its eastern return in the early morning hours, an event beautifully nicknamed “the ghost of the shimmering summer dawn.”