Why Relationships Are the Key to Longevity

by Karin Evans: Fostering and maintaining close friendships can help keep your brain healthier as you age. 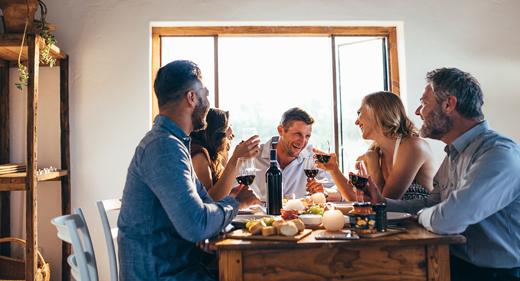 Plenty of exercise. Healthy food. Positive attitude. Plain old good luck. There’s lots of advice out there about how to keep body and brain in optimal shape as the years roll by.

But Louis Cozolino, professor of psychology at Pepperdine University, is deeply engaged with another idea. In Timeless: Nature’s Formula for Health and Longevity, he emphasizes the positive impact of human relationships.

“Of all the experiences we need to survive and thrive, it is the experience of relating to others that is the most meaningful and important,” he writes.

His thinking grows out of the relatively new field of interpersonal neurobiology, based on the recognition that humans are best understood not in isolation, but in the context of their connections with others. Our brains, Cozolino writes, are social organs, and that means that we are wired to connect with each other and to interact in groups. A life that maximizes social interaction and human-to-human contact is good for the brain at every stage, particularly for the aging brain.

Since the publication of Cozolino’s earlier book, The Neuroscience of Human Relationships, the field of social neuroscience has expanded tremendously. We now know that people who have more social support tend to have better mental health, cardiovascular health, immunological functioning, and cognitive performance. The well-known, long-running Harvard Medical School Nurses’ Health Study was one of the early studies to reveal how being socially integrated can lead to greater health, life satisfaction, and longevity over time.

In a long-range study conducted by David Snowden on Catholic nuns from the School Sisters of Notre Dame—a group he found intriguing because of their unusual longevity and low incidence of dementia—Snowden found that positive emotions played an important role in their healthy aging. As positive emotions are part of warm, loving social relationships, and the nuns lived in such a close-knit community, Cozolino speculates that the Sisters’ unusually strong social connections may have contributed to their living well into old age.

“How we bond and stay attached to others is at the core of our resilience, self-esteem, and physical health,” Cozolino writes. “We build the brains of our children through our interaction with them, and we keep our own brains growing and changing throughout life by staying connected to others.”

“We build the brains of our children through our interaction with them, and we keep our own brains growing and changing throughout life by staying connected to others.”

The brain across your lifespan

Cozolino’s book is far-reaching, covering many aspects of brain development and the impact of human connection, from the prenatal stage and infancy to adolescence and adulthood to the end of life. We learn that the way the brain processes information changes to meet the needs of each life stage.

As we grow older, what’s lost in quick recall and short-term memory is balanced by an ability to reflect and to hold multiple perspectives, Cozolino argues. Neurological changes in the aging brain may contribute to emotional regulation and an increased ability to relate compassionately to others. That’s partly because the effects of fear and anxiety on the brain tend to lessen as people grow older, enabling them to see social situations with less defensiveness and more clarity, the author says.

Since the human brain is almost endlessly adaptive throughout the life cycle, change is as possible for older people as for infants. New neurons continue to grow in the brain until the end of life, and scientists have begun looking at the brains of older adults who are leading active and productive lives to find out why they are so healthy.

For example, many healthy older adults show no signs of significant brain volume loss past 100 years of age, says Cozolino. What’s their secret? The answer comes right back to Cozolino’s conviction: People who lead extraordinarily long lives are those who have maintained close ties to others. Centenarians, he writes, tend to be more extraverted and have higher morale, indicative of reaching out to others, giving and receiving support, and maintaining attachments.

People who lead extraordinarily long lives are those who have maintained close ties to others.

In his observations about successful agers, Cozolino is particularly interested in the qualities of wisdom and compassion that tend to emerge as the human brain changes over time. Although he doesn’t pinpoint studies for every assertion, and admits that wisdom can be a hard quality to pin down, he concludes that “much of wisdom is expressed in how people interact with and treat one another.” He offers his own personal experiences with wise elders along the way, making the case for the positive influence that affectionate, supportive older people can have on younger people.

When it comes to practical advice, Cozolino points out ways that older people can maintain those important connections. Those who are grandparents have a clear opportunity to nurture their grandchildren, help that is sorely needed in this day and age. For others, volunteering in various capacities can foster healthy relationships. Not only are such connections good for aging people themselves, Cozolino says, they are beneficial for society as a whole.

He writes, “Instead of putting our elders out to pasture, we might learn to harness the experience, affection, and time they have to offer.” 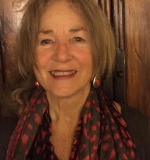 Karin Evans is a longtime journalist, editor, and author. She recently served as Executive Editor for the OneSky Foundation, which supports infant nurture centers and preschools in China’s orphanages. Her past experience includes editing and writing for Outside magazine, Hippocrates magazine, Health magazine, WebMD, Newsweek, and the San Francisco Examiner. She currently is a frequent contributor to Mindful magazine, and was named the 2017 Jonathan Rowe fellow at the Mesa Refuge Writers’ Retreat.

Evans’s nonfiction book The Lost Daughters of China: Abandoned Girls, the Journey to America, and the Search for a Missing Past (Tarcher/Penguin) was a national bestseller. Her book The Grace to Race, co-authored with “The Iron Nun,” a now-88-year-old world champion triathlete, was published in 2010 (Simon & Schuster). Evans is a certified yoga instructor and also volunteers for Ashby Village, a Berkeley, California, organization that helps older people remain in their own homes.