Has the Electric Car’s Moment Arrived at Last?

by Craig Welch: We’re on the cusp of transitioning to electric vehicles—if Biden and Congress take the right steps. 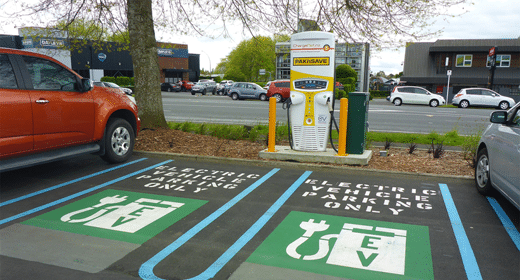 Updated August 5, 2021—President Joe Biden today signed an executive order that by 2030 half of new vehicles sold in the U.S. are to be electric. Car mileage standards will be raised, reversing cuts by the Trump administration and topping where they were under Obama. The administration also intends to make car and truck pollution rules stronger to encourage electric vehicle sales.

Joe Biden’s father sold used cars, steeping the future president in the world of combustion engines. The younger Biden washed vehicles on weekends, borrowed a Chrysler off the lot to drive to the prom, and hit automobile auctions to help stock his dad’s dealership. President Biden still owns the green ’67 Corvette his father gave him as a wedding gift, which he told Car and Driver magazine has “a rear-axle ratio that really gets up and goes.”

But if the White House’s resident motorhead gets his way—and that remains a big “if”—we may one day look back on the Biden presidency as the beginning of the end for gasoline-powered cars and trucks in the United States.

Biden is proposing sweeping reforms to the nation’s energy system to tackle climate change. But they aren’t just aimed at greening the electric grid or driving the nation away from coal and natural gas. Transportation accounts for more than a quarter of U.S. greenhouse gas emissions; it’s proven particularly thorny to figure out how to reduce that, given the number of vehicles on the roads. So, Biden is pitching a host of ways to steer the country toward electric vehicles, or EVs.

By nearly every measure, the popularity of EVs and hybrid vehicles is already surging. Yet despite an avalanche of promising news, the shift away from gas-fueled cars remains stubbornly marginal, compared with the scale of the problem, even as global temperature records driven by fossil fuel use are broken year after year. Clean vehicles still account for just 2 percent of cars sold in the United States, 5 percent in China, and 10 percent in Europe—and those are the world’s biggest markets.

“This transition is by no means inevitable,” says Nic Lutsey, with the International Council on Clean Transportation, an independent research outfit that works with policymakers around the world.

Yet analysts, environmentalists, clean-tech experts, and auto industry-backed researchers all say the right mix of regulation, consumer incentives, and research support might just be enough to spur dramatic acceleration. And thus far, these experts agree, Biden seems intent on pulling the right levers.

The dam is breaking; the tipping point is here,” says Sam Ricketts, a member of the team that authored Washington Governor Jay Inslee’s climate action plan during his presidential run. Many of Inslee’s ideas have since found their way into Biden’s plans. “The question is how fast can the auto industry go,” Ricketts says, “and can it be fast enough to confront the climate crisis?”

That will depend in no small part on what happens next in Washington, D.C.—and whether Biden and the Democrats, who hold the White House and a razor-thin majority in Congress, can even get the pieces into place.

Top: This electric car was produced for Anderson Electric Car Co. from 1910-1920. Seen here with Mt. Rainier in the distance.

So close, yet so far

Vehicles powered by electricity have been around since the auto industry’s inception—several of the first 19th-century cars were powered by electrons. But their real promise wasn’t apparent until Toyota began globally mass-producing the Prius hybrid 20 years ago. Less than a decade later, Tesla introduced the Roadster, its all-electric sports car, and got a $465 million Department of Energy loan, jump-starting production of its all-electric sedans. The loan has since been repaid, and Tesla is currently worth seven times as much as General Motors.

Today, the trend is impossible to miss. Just since 2016 EVs and hybrid sales have nearly doubled in North America, and in 2018, for the first time ever, sales rose even as gas prices collapsed. Last year, with an economy wracked by COVID-19, electric or partly-electric vehicle purchases rose almost 5 percent over 2019 as auto sales overall declined by 15 percent.

There are electric Hummers, an electric Mustang, and an electric Harley-Davidson motorcycle, and North American car manufacturers plan to triple the number of non-gas-powered models by 2024 to 203.

Battery and motor prices are falling, and the innovation and economies of scale that come into play when companies like Amazon, which plans to buy 100,000 electric delivery vehicles in coming years, require more mass-produced vehicles almost certainly will drive them down more. Just as solar and wind energy now cost pennies to produce, the cost of buying a fossil-fuel-free car or truck, by some estimates, may match traditional vehicle prices in five years or less. Ford expects that an upcoming electric version of its popular F150 pickup will be vastly cheaper to own, over time, than the gas-powered original.

In all, more than seven million electrified vehicles now travel the world’s streets. Tesla alone has produced more than one million. BMW has sold a half million and hopes to double that by this year. Volkswagen, the world’s largest automaker, has proposed dozens of electric models.

“Electrifying transportation is our future,’” says Kristin Dziczek, an economist with Ann Arbor, Michigan’s, Center for Automotive Research, which is backed by car manufacturers. “I think that train has left the station. We’re on that path.”

But it’s easy to miss just how far we have to go. Roughly 1.5 billion gas-powered cars and trucks are still in operation. There are six times more gas-powered SUVs globally than there were in 2010—about 200 million. The Wall Street Journal just this week reported that Volkswagen is struggling with software in its new models. There are fewer public fast-charging stations across the U.S. than there are gas stations in Alabama.

Most people won’t buy an electric vehicle until price and convenience match the existing alternative, and “there isn’t a market in the world that can do this without some kind of public investment,” Dziczek says.

In Norway, where roughly half of all cars on the road are no longer powered by gas, there are tax savings and toll road exemptions and streams of other incentives, she says.

And while auto companies don’t want to be told how to run their businesses, most experts agree that regulation is essential.

With scientists saying net fossil-fuel emissions must hit zero by mid-century to avoid the worst of climate change, China, Japan, and much of Europe have all been moving to ban the sale of new gas-powered vehicles by 2035, if not sooner. California, the world’s fifth largest economy, is also moving to ban sales of new non-hybrid gasoline-powered vehicles by 2035, as are a few other states.

But the Trump Administration had challenged the states’ authority to do so. In 2020 it relaxed U.S. fuel-economy standards, a move that divided the industry and risked inducing some car companies to scrap clean-car plans in order to stay competitive.

“Here’s what the automakers won’t tell you: they like harmonization across the world,” says Alan Baum, an auto industry forecaster and researcher, also in Michigan. Most major car companies want to produce the same model of each car for sale on multiple continents, which allows them to spread costs globally

Higher fuel-efficiency standards give companies leeway to find their own means to meet goals—whether by all-electric models or mixes of hybrids and economy vehicles. But it forces every player to take action.

All this is why Biden’s plans are taking what Baum calls “an all-hands-on- deck” approach.

Just this week, Biden ordered the government to start investigating whether it can restore stricter fuel-economy standards that were weakened by Trump. But he also is eying procurement policies that require federal agencies to buy electric vehicles. He’s proposing incentives to encourage consumers to purchase clean-fuel cars and trucks and would like to offer money to get them to retire gas-guzzlers early. Biden also wants to boost the nation’s network of electric charging stations by half a million, while dumping money into research and innovation.

And he wants to help overhaul the auto industry and its suppliers to make the U.S. a global vehicle manufacturing hub, so it’s not relying on China or other countries for things like making batteries. “I believe we can own the 21st-century market again by moving to electric vehicles,” he said from the seat of his shiny green Corvette during a campaign ad that aired in August.

But while Biden can take some actions on his own, most will have to be passed by Congress. And while he has not yet presented detailed proposals for most of these actions, combined they could cost hundreds of billions of dollars. That means Democrats in the Senate may need Republicans to get on board with votes, or they’ll have to run the gauntlet of a complex budgetary process to pass it with a simple majority.

None of this will be easy, but given years of calls for “infrastructure” investment—and the likely need for sustained economic recovery programs in response to COVID-19—support in many quarters may be higher than expected, analysts say.

States and cities will have to find ways to promote charging infrastructure in rural areas and apartment complexes. Some of that will require upgrades to the power grid, which may draw bipartisan support as a cause everyone can get behind. Democratic Senator Joe Manchin, of West Virginia, has been urging more infrastructure investment, as have Republicans like Alaska Senator Lisa Murkowski and Florida’s Marco Rubio.

“Among utilities and the auto industry, there is a sense that the writing is on the wall, and they’d like to be positioned to succeed,” says Bracken Hendricks, who also worked on Inslee’s climate plan. Like Ricketts, he is now part of Evergreen Action, an organization that is urging lawmakers to adopt specific climate-change responses. “Surprising allies could find common cause.”

Even so, to cut carbon emissions to zero by 2050, as Biden has committed to doing, new gas-powered cars and trucks would have to be phased out rapidly, probably by 2035 or sooner. That means aggressive action would have to continue. Fuel-emissions standards would have to be ratcheted down far more every four or five years. Can it be done?

“It’s a steep, steep line,” says Dziczek. EV growth would have to be exponential. “I think you’ve got major companies that are committed to electrifying across their whole fleet, but they’re going to keep internal combustion engines in the mix until all the stars align.”

Only the federal government truly has the capacity to make that happen. In a sense, it has done so before, during the 1930s and 40s, when President Franklin Roosevelt led the nation out of the Great Depression and through World War II. “FDR moved from an ag economy into the world’s leading advanced industrial economy within one decade,” Hendricks says. That so rapid a transformation of the country’s infrastructure happened once doesn’t mean that it will happen again—only that it can.