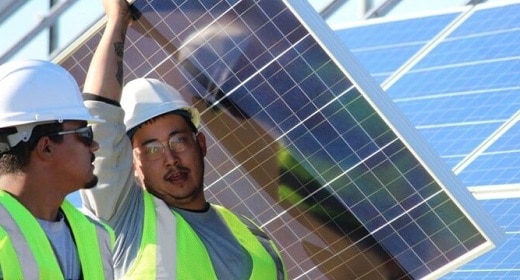 including 1.77 million jobs and $69 billion electricity bill savings over the next five years — while addressing the climate crisis and historic inequities.

The report, “The National Impact of 30 Million Solar Homes: A Vision for an Equitable Economic Recovery Built on Climate Protection and Energy Democracy,” builds on federal policy recommendations developed by the Initiative for Energy Justice, Institute for Local Self-Reliance, and Solar United Neighbors as part of the 30 Million Solar Homes campaign.

In addition to creating 1.77 million new solar jobs and reducing energy bills by $69 billion, the report found that enacting the 30 Million Solar Homes policies would over five years:

In the report, these economic and environmental benefits are broken down by state and congressional district. An interactive map further illustrates the local impacts of the 30 Million Solar Homes proposal and gives viewers an opportunity to share the report with their elected officials.