by Ben Winck or Nick Lichtenberg: After months of waiting for workers to rejoin the labor force, some businesses have had it… 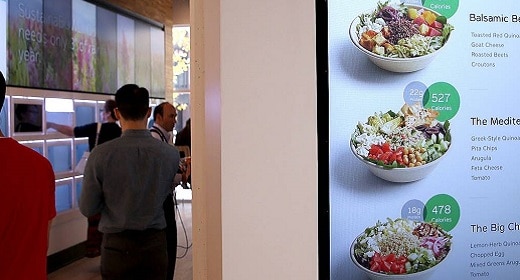 Just 10% of job seekers are urgently looking for openings, according to a recent survey conducted by hiring giant Indeed. Whether it’s because of virus fears, childcare costs, financial cushions, or enhanced unemployment benefits, the jobless aren’t clamoring for many of the jobs on offer, which are largely in the hard-hit restaurant and hospitality space.

Enter the QR-code. This technology, which allows a short-staffed restaurant to save on having a person physically bringing a menu to a diner’s table, is the canary in the coal mine of automation. Other signs of an automation revolution are cropping up.

Hiring issues have been widespread in the restaurant industry for several months, as Insider reported, with major firms like McDonald’s struggling to contend with the national labor shortage. Many of them have begun turning to technology as a replacement to low-wage workers. For instance, Cracker Barrel rolled out a mobile app that lets customers pay for meals; McDonald’s started testing automated drive-thru ordering at 10 Chicago locations; and Dave & Buster’s plans to expand its contactless ordering.

The benefits are obvious. Automated solutions are often one-time investments, boost productivity, and don’t require expensive solutions to fixing a staffing crisis like the signing bonuses also growing in popularity.

Economic data suggests that the shift to automation has been underway for months now. Productivity surged 5.4% in the first three months of 2021, its fastest rate of improvement in more than 20 years. This jump came as businesses had just started rehiring, suggesting the increase had more to do with the continued use of pandemic-era tech.

People have long feared that adoption of new technology will spark a vicious cycle of job destruction and stagnant pay as robots take over the workforce. This type of thinking is often called Luddite, after a group of UK workers who destroyed the machinery that had taken their jobs during the early years of the Industrial Revolution in the early 1800s. But automation can feed a virtuous cycle instead of a Luddite-like vicious one.

The utilization of technological innovations has tended to boost productivity for the last several hundred years of economic history. That gives workers a stronger case for higher wages. More pay leads to increased economic activity, which increases labor demand elsewhere in the economy.

Accepting automation can also optimize job growth, economics writer Noah Smith wrote in a June 13 blog post. Americans who would’ve been taking orders and busing tables could develop new, more valuable skills as low-wage jobs are taken over by tech. Past periods of massive innovation – from the industrial revolution to the dot-com boom – didn’t eliminate jobs, but shifted them elsewhere.

A push for automation “is about believing in the potential of humankind,” he said.

New technology is invented by humans, after all, and it could be put to use making people’s jobs better instead of worse. This could be the start of that movement. Then again, it might not.