by Kasha Patel: This could have short-term and long-term implications for sea-level rise… 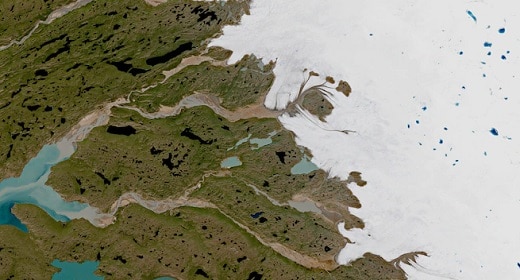 Last week, a heat wave spurred Greenland’s biggest melting event of the 2021 season so far. The Polar Portal, run by Danish research institutions, stated that enough water melted to cover all of Florida with two inches of water.

“It’s becoming more and more common to see these large melt events,” said Lauren Andrews, a glaciologist with NASA’s Global Modeling and Assimilation Office. “That’s because we generally have a warmer climate.”

The heat wave began around July 28 because of a high-pressure system over Greenland. That system cleared clouds from the skies and allowed for more sunlight to reach the ground, causing temperatures inland to soar.

Various models show an unusually high amount of melting during this time. Martin Stendel, a climate researcher at the Danish Meteorological Institute, reported a loss of around 41 gigatons, or 8 gigatons per day, from July 28 to Aug. 1. Xavier Fettweis, a climate scientist from the University of Liège, stated that the loss on July 28 was the third-largest on a single day since 1950.

The melt rates were high, but not unheard of, according to Stendel. He said several days in 2019, a record melt year, exceeded 10 gigatons per day. Unlike 2019, though, this event was more widespread across the territory — particularly on the western and northern coasts. 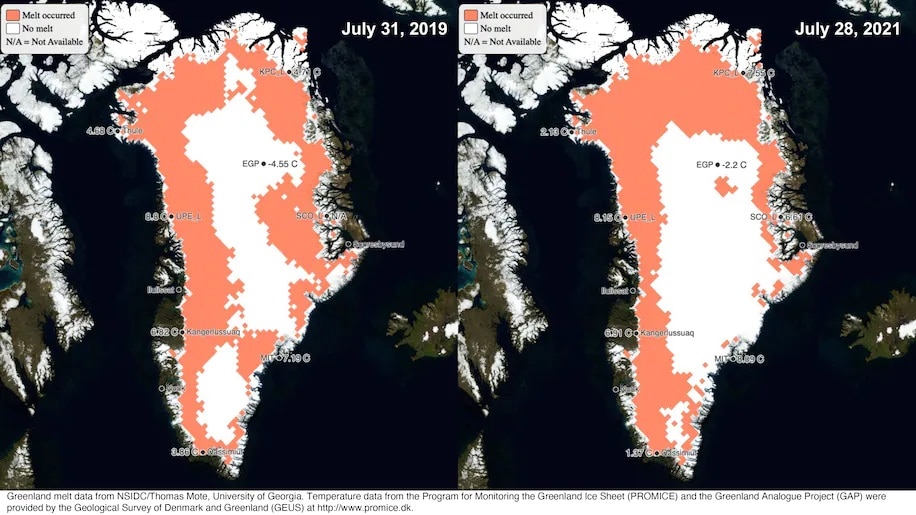 “There was pretty extensive amounts of melt in the northern part of Greenland. It looked like it was actually more extensive than the northern melting we saw in 2019,” Andrews said.

So far, researchers say, Greenland has experienced a typical melt season, which runs from June to early September. In addition to this large melting event, Andrews said another noticeable one occurred earlier in the month.

Cooler weather earlier in the season kept significant melting at bay longer than usual, allowing for a positive accumulation of snow for the time of year. The cooler weather was a consequence of oscillations in the jet stream. These same fluctuations were also linked to record-breaking temperatures in the Pacific Northwest and western Canada as well as flooding in Germany.

“The weather forecasts do not indicate another Greenland heat wave within the next two weeks,” wrote Stendel, who thinks 2021 will probably end with a larger-than-average surface mass balance. A positive surface mass balance means more snow was gained through accumulation than lost through processes such as melting and runoff. 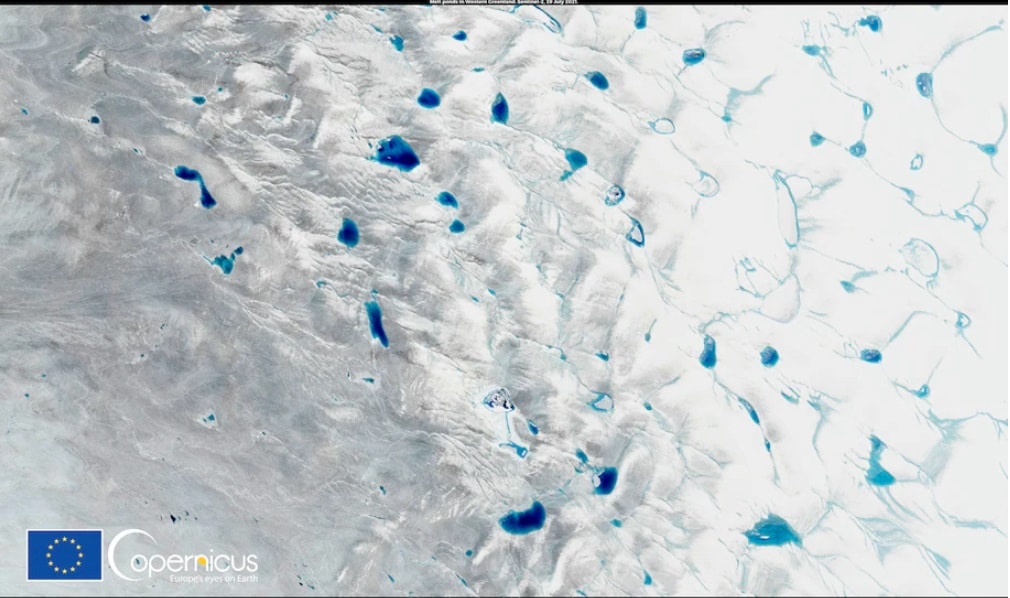 Melting events can have numerous short-term effects on the ice sheet, Andrews explained. For one, when snow melts, it exposes the darker underlying ice as well as soot, dust and other dark particles that are typically trapped within it. Melting also can deform snow crystals, making them darker. The exposed darker surfaces absorb more sunlight instead of reflecting it back toward space, which can lead to additional melting.

“When you have a melt event over areas that don’t normally see intense melt events, you can trigger those add-on effects,” said Andrews, who noted that extensive melting as far north in Greenland as seen last week is not common. “[You] can really modify the surface in ways that the surface hasn’t been modified before.”

Large melting events can also create ice lenses or slabs of ice that can help increase meltwater runoff and mass loss on Greenland.

During large melt events, meltwater on the surface can seep through the snow and into firn, or a layer of compacted snow that is not yet compressed into glacial ice. Depending on the temperature of the water, snow and firn, the meltwater can refreeze and can create ice lenses. If those lenses are extensive and thick, new meltwater cannot penetrate farther down. Water will then run off the snow and ice and empty into the ocean. Andrews said melt events can create thicker ice lenses — and potentially across a more widespread area.

According to Reuters, Fettweis reported that around 22 gigatons of ice melted on July 28 alone. About 12 gigatons flowed to the ocean and 10 gigatons were absorbed by the snowpack. Andrews said some of the meltwater absorbed in the snowpack could refreeze and create ice lenses.

“The darkening can affect melt for the rest of the season,” Andrews said. “Ice lenses have the potential to impact runoff for many years to come.”

Stendel noted that the amount of ice melted from this event contributed to global sea-level rise by roughly 0.1 millimeter and that it could also impact sea-level rise further down the line.

“When ice from the ice sheet melts, the remaining ice is at lower altitudes and can therefore melt easier. Even if we stopped all emission of greenhouse gases today, the sea level would continue to rise for the next several hundreds of years,” Stendel wrote. “In other words, what happens now has a relevance for the future.”