Who Was Guru Jagat? Celebrity Yoga Teacher Passes Away at 41 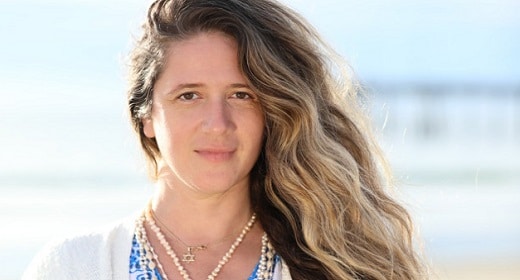 The yoga instructor passed away in Los Angeles on Sunday after reportedly suffering a pulmonary embolism following ankle surgery.

Jagat founded the RA MA Institute for Applied Yogic Science and Technology, which has seven locations around the world. The institute confirmed the news on Instagram writing “Guru Jagat left her body on Sunday, August 1, 2021 at 9:07pm PDT in Los Angeles. She was surrounded by her family and her teacher. We will be forever changed by the legacy she created.”

Jagat was born Katie Griggs in Fort Collins, Colorado. She reportedly studied under Yogi Bhajan, who brought Kundalini yoga to the U.S. and allegedly gave her her Sanskrit name, which translates to “bringer of light to the universe,” though she later denied they’d ever met.

She first opened RA MA’s first studio in Venice Beach, California in 2013, where she won celebrity devotees including Kate Hudson and Alicia Keys.

She described herself as a “serial entrepreneur” in a 2019 interview with Women’s Wear Daily having opened more RA MA Institute locations across California, New York and Mallorca, Spain; authored the book Invincible Living; hosted her own podcast Reality Riffing, and creating her own fashion brand Guru Jagat Collection.

She is survived by her husband, Teg Nam.

Her death has been marked by RA MA Institute with 17 days of chanting Akal, until August 17. In the Kundalini practice this are said to help guide the departing soul as it leaves the earthly realm.

What is Kundalini yoga?

The origin of Kundalini yoga is unknown but the practice was popularized by Yogi Bhajan, a Pakistani yoga teacher who is credited with introducing Kundalini to the U.S. in the 1960s.

It is a more spiritual form of yoga and Kundalini energy is referred to as energy that sits at the base of your spine, like a coiled snake. The purpose of this practice is said to be to activate this energy through chanting, singing, breathing exercises and repetition of certain yoga postures.

This is done through six main components; the opening chant, pranayama, kriya, relaxation, meditation, and the closing chant.

In the relaxation stage, your body and mind is said to be absorbing the effects of kriya. This is followed by a guided meditation where your instructor will help you cultivate awareness before ending with the closing chant.

A yogi demonstrates a yoga position outside during autumn.GETTY IMAGES