Days after President Biden visited Boise, Idaho to highlight the need for action on climate change, 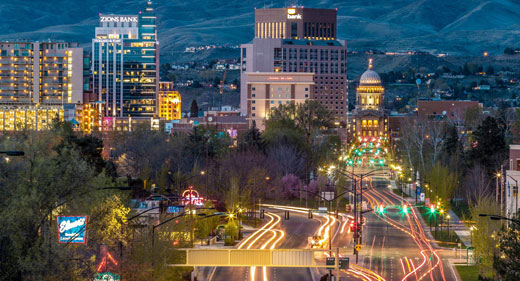 the city’s mayor announced that the city will reach its 100% clean electricity goal by 2023, years ahead of schedule.

Boise Mayor Laren McLean said on Twitter that the city will reach its goal seven years early. Boise’s Energy Plan, approved by the city council in 2019, called for 100% of the electricityused by the city’s residents and businesses to be clean by 2035.

“The City’s announcement that they will achieve their 100% clean electricity goal seven years earlier than their original commitment date demonstrates how workable clean energy is for Idaho communities,” Conservation Voters for Idaho program coordinator Ryan McGoldrick told IdahoNews. “Three out of four Idahoans are now living in communities that benefit from city, county, or utility clean energy commitments.”

As of 2017, nearly 50% of Idaho Power’s electricity was delivered to customers from hydroelectric generation. An additional 19% came from other renewable energy sources, such as solar, geothermal, biomass, and wind, though the utility was required to sell renewable energy credits to reduce customer rates.