The Power Of A Quiet Mind – Marianne Williamson

by Marianne Williamson: Our minds are addicted to chaos though our souls are starving for inner peace… 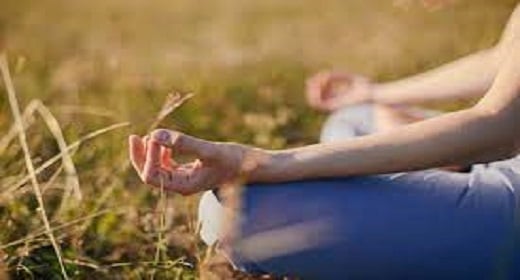 The reason it’s so hard to change the world is because there’s something fundamentally wrong with it. Our civilization is profoundly out of alignment with the basic tenets of a well lived life. It’s not just a little tweak here or a little tweak there that’s going to fix things now. Most people I know would agree.

But that’s not entirely bad news. Perhaps we’ve come to a point where enough people – even a critical mass – are ready to say, “There might be another way.” As Einstein said, “We cannot solve our problems with the same thinking we used when we created them.” Twenty-first Century problems will not be solved with Twentieth Century thinking. Our world has changed, our problems have changed, and so must we.

The Twentieth Century mindset was mechanistic and rationalistic. Many saw the world as a kind of machine, and if certain parts weren’t working then you just tried to change them. But today, in the words of British physicist James Jeans, “the universe begins to look more like a great thought than a great machine.” The only way we can change the world is if we’re willing to rethink it.

There are objective and discernible laws of consciousness just as there are objective discernible laws of the external world. You don’t have faith in the law of gravity; you just know the law of gravity. And the same is true of the laws of the mind. Thought is Cause, and our worldly experience is Effect. Every thought creates form on some level, and there is no such thing as a neutral thought.

In the words of the Dalai Lama, “If we want to save the world, we need a plan. But no plan will work unless we meditate.”

Modern life has shattered more than our beliefs, or our illusions. It has shattered our nervous systems. It has thrown us into an unnatural state in which we feel separate from the deepest knowing of who we are and why we’re here. We are not just physical beings on the earth to serve a finance-driven order of things. We were not created to be at the effect of the constant noise and chaos of contemporary society or of the fear that it constantly induces. We were created to be so much more.

And deep down we know that. If you’re one of those people who wake up each morning with a sense of dread about what’s going on in the world, realize you are not alone. We are collectively shattered. This isn’t just your anxiety or your mental health crisis; such discombobulation as you might feel now is the state of the modern psyche. You’re not wrong to feel broken; the world is broken. Yet we’re not here to be victims of that brokenness, either. We’re here to be the ones who repair it.

In order to do that, we have to transcend the brokenness within ourselves. And that entails a personal transformation that is key to our ability to help transform the world. It takes a journey without distance from the head to the heart. As we transition from an overly-externalized orientation to the world – from the mental filters that foster fear and hatred to those that foster forgiveness and love – we begin to change.  We start to recognize that our inner life is the source of our outer good, and not the other way around. We start to change things from the inside out.

This isn’t theory; it’s experience. It isn’t abstract; it’s practical. You can begin by asking yourself what you think – what you actually think – about yourself and those around you. In any given moment are you critical and judgmental, or gracious and forgiving? I’m not asking because it’s my business to tell you how to be, because it’s not. I’m simply reminding you that whatever kind of energy you’re choosing to put out there will determine the quality of your life.

And there’s even more to it than that. The energy you carry, the thoughts you think and the kinds of actions you take, determine not only your own life experience but also your ability in helping to transform the world. In the words of Mahatma Gandhi, “The end is inherent in the means.” An angry generation will not bring peace. Anger, resentment, cynicism and lack of integrity are blocks to the fulfillment of our individual destiny, as well as obstructions to our capacity to most effectively serve the world.

We never know what any day will bring, but we’re at total cause as to what we bring to it. If we wake up each morning and surrender our mind immediately to the voices of the world – on phone, computer, TV or radio – then there’s a greater probability of and little mystery as to why we’re tired and depressed by noon. Our minds were not created to be conduits of distorted, fractured, fear-based perceptions. Our minds were created to create the good, the true and the beautiful. Our minds are sacred, and in how we think about the world lies our power to re-sacralize it.  We’re here to repair and restore a very tired and weary world. Meditating in the morning is a way of preparing ourselves for service.

Meditation is not something you can do just every once in a while, and still expect it to profoundly affect your life. Whether our personal growth work is prayerful or secular, whether we call such processes meditation or mindfulness, we work on our spiritual muscles in much the same way we work our physical muscles in a gym. Physical muscles make you strong so you can move and react powerfully on a physical level; spiritual muscles make you strong so you can remain still and non-reactive on a psychological and emotional level. In the case of both our physical as well as attitudinal musculature, if we’re not working on strengthening our muscles then gravity will pull them down.

What is spiritual gravity? Spiritual gravity is negativity, anger, anxiety, fear, cynicism, and despair. It’s the understandable emotions that arise from a strictly worldly perception of the world. Whether it’s climate change or refugee crises or economic hardships or personal conflicts, it’s very difficult to live today without some fundamental spiritual sustenance. It’s not an accident that so much anxiety abounds. Learning to use the mind in a more loving way, cultivating inner peace and forgiveness for ourselves and others, recognizing the deeper dynamics that dwell within the heart of all things, is the key to living a transformed life. It isn’t easy, by the way. The mind is addicted to chaos though our souls are starving for inner peace.

Meditation is a quieting of the mind, and from that experience extraordinary things will follow. Our nervous systems become calmer. Our anxiety decreases. Our thoughts become clearer. We become, in our own way, more useful to the world.

This day I surrender to a Higher Intelligence,

to a knowing beyond what I myself can know.

May the power that orders the stars in the sky

order the thoughts in my mind

and the stirrings of my soul.

May the fears of the world

by the love that’s in my heart.

When I was a young woman I used to often go hear Indian gurus. I was once attending a weekend seminar where I noticed that when anyone would ask the teacher a question, he would look like he was thinking very intensely about it for several seconds and then – no matter what the question was – he would say as though the answer had just occurred to him, “Ah! Meditate!”

After hearing him do this all weekend I was exasperated. “That’s it!” I said to myself. “This guy’s a fraud. He obviously has no real life. That’s not the answer to every question.” It took me years to realize that it sure the hell is.

A disordered mind produces a disordered life. How many times I’ve thought of mistakes I’ve made and asked myself, “Why didn’t I meditate that morning? Why didn’t I pray for an answer?” When such a thing happens to you enough, you become deeply humbled before the power of the mind. One way or the other, it’s going to have its way with us. When the mind is surrendered to love in the morning – to the God of your understanding – there’s less chance that you’re really going to screw up your life in the afternoon.

Everything we do is infused with the consciousness with which we do it. Just as we’re more likely to stub a toe or catch our finger in a cabinet door when we’re angry, all situations are less likely to turn out harmoniously when we ourselves are in a negative place. How many of us have said things, done things, tweeted things, texted things that for years we regretted? A calm mind is a more powerful mind, and likely to be a less destructive mind toward ourselves and toward others as well.