by Jonathan Robinson: First, a confession:  I am not a fully enlightened being.  Yet, I still know what enlightenment is like because, 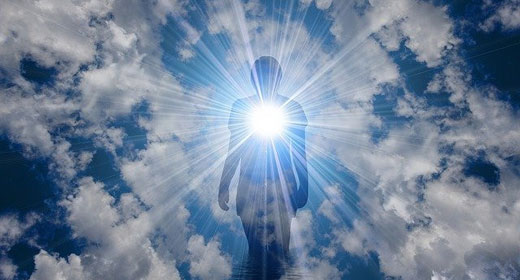 on my podcast “Awareness Explorers,”  I regularly interview enlightened people.  From the over 100 folks I’ve interviewed ranging from the Dalai Lama to Byron Katie, their reports of what “awakening” or “enlightenment” is like is remarkably similar. In addition, from their descriptions I’ve come to see that, occasionally, I have moments where I experience what they describe.  By exploring their depictions of enlightenment, I hope to make it easier for us “normal” folks to recognize when we’re moving in a beneficial direction.

There are many ways to describe enlightenment, just as there are many ways one can talk about a rose.  Yet, some ways are more useful than others.  If you had never seen a rose, a scientist describing it as a photosynthetic process of nitrogen uptake combined with photon energy transmission might be technically correct, but it would miss the essence of “rosiness.”  Similarly, when descriptions of enlightenment diverge into philosophical hairsplitting, it can miss conveying what the actual experience is like.

So, how do people who we think are enlightened (i.e. the Dalai Lama) or who publicly declare they are awakened describe their actual moment-to-moment experience?  Well, I hate to disappoint you, but they rarely describe it as endless bliss.  Yet, they do suggest that while they occasionally experience pain, they don’t suffer.  Suffering comes from having a sense of being a person that is suffering.  Enlightened folks don’t have such a sense of themselves.  Rather, they live fully in this moment—without resistance to what is happening. It is actually our habitual resistance to what is currently going on that creates a sense of a “me” that suffers.  Without this sense of “me,” suffering vanishes.

Have you ever been so present in a moment where you lost your sense of being an ego—and you were just awareness itself?  Most people have, even if just for a moment while enjoying a beautiful sunset. Well, imagine that experience not going away.  The result would be a continuous feeling of peace—even if you didn’t like what was happening in a particular moment.  For most of us, it’s hard to imagine not being resistant to something we don’t like, but it is possible.  In fact, it’s not thing you achieve.  Instead, it’s simply the letting go of something useless—resistance–to how things are in each moment.  Simple.

In moments when I’ve experienced enlightened states of mind, I’m always struck by how effortless it seems. All that is required is to just be fully in the moment without worrying about the future or resisting the present. Bingo.  So why are such sublime states of consciousness such a rare occurrence? There are many reasons. First of all, we live in a cult-ure that is hell bent on manipulating or distracting ourselves from the present moment.  In fact, we learn that such an orientation is the key to happiness.  So we try to accumulate power and money in order to get better at manipulating the world and getting what we want.  But look at those with the most power and money—such as Donald Trump and Mike Bloomberg.  Do they look joyous?

A second reason we miss enlightenment is our lack of making friends with whatever feelings arise within us.  In an interview, I once asked spiritual teacher Ram Dass how he was doing.  He said he was feeling sad.  I responded, “Oh I’m sorry to hear that.” He countered, “What’s wrong with feeling sad?  I cherish such moments.” That was a good lesson for me.  If we cherish whatever appears in our awareness, in that moment we enter an enlightened state of mind.

A third reason we miss enlightenment is we think it’s some grand acquisition that will include fireworks, special powers, and endless wisdom.  Well, maybe.  More likely, it will feel like a burden has been gently lifted off your shoulders.  You’ll notice you feel more present and less separate from the people around you.  You’ll notice that you feel that everything is okay, even if you prefer some things to be different.  You’ll notice you still have stuff to deal with, but you’re not worried about it.  By becoming aware of these “mini-moments” of enlightenment, it makes it easier to relax into them even more frequently.

In order to get a clearer picture of what I’m talking about, here’s a little exercise you can do that can point you towards a more enlightened way of experiencing the world: First, notice what you’re currently feeling. (Really do this). Now become aware that there’s awareness of what you’re feeling…Now include becoming aware of what you’re hearing…Now, include what you’re seeing.  Once again, include being aware that you’re aware of all of these things in this present moment…

Normally, our ego mind becomes focused on our problems or on some internal story that take us away from the present moment. Yet, this exercise has you focus on your present experience, including your awareness of your present experience. Even a few moments of doing this can bring you a deepening sense of peace, and inner peace is the clearest indication of an enlightened state of mind.

Enlightenment is not just for the Dalai Lama or people living in a cave in the Himalayas.  In fact, by noticing when our mind is moving in a more enlightened direction, we can all experience glimpses of “the peace that passes all understanding.”  In this crazy world we live in, it’s wonderful to know that peace is possible no matter what is going on…

Jonathan Robinson is the co-host of the podcast “Awareness Explorers.”