by Sen. Bill Nelson: How do we work together to create a nation resilient against climate change? 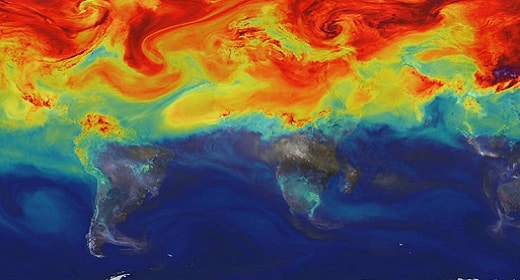 NASA’s researchers, innovators, and pioneers are on the forefront of climate action. NASA’s Earth observation and research supports the Biden administration’s climate agenda, which outlines putting the climate crisis at the center of our country’s foreign policy and national security. President Biden has been clear: The climate crisis requires an all-hands-on-deck, whole-of-government approach.

Of course, we can’t mitigate climate change unless we measure and understand it. That’s NASA’s expertise.

The sad reality is that climate change is already impacting our communities. The cost is enormous. It is loss of life. It is loss of livelihoods. And it is loss of communities. Unless we act, and we act decisively, the poorest among us will suffer disproportionately, and instability will increase – both here at home and abroad.

Over the past year and a half, we have all experienced firsthand the importance of looking ahead and the importance of understanding and planning for potential disasters. The poorest and most vulnerable among us are too often those who pay the highest price for inaction.

The Biden administration has made advancing racial equity and support for underserved communities a top priority. It is such a priority, that President Biden signed an Executive Order to do just that on day one of his presidency.

The Biden administration has also focused on advancing environmental justice, which we know is closely linked with equity. Together, we need to further develop the capacity to monitor and reduce the detrimental impacts of hurricanes and floods. This will have a tremendous impact on America’s underserved communities.

With the clear effects of climate change, the devastation from hurricanes and floods is severe, and growing more severe with each new year.

In the face of disasters, there are significant equity issues when it comes to which communities gets support, and when. But we need more. We need continued agency cooperation. We need a mission control center for climate change.

NASA uses a mission control center for every launch and mission. In the case of the International Space Station, it has operated 24/7, 365 for over two and a half decades. No less effort should be made to reverse the heating of our planet and to restore mother nature’s environmental balance.

NASA is one of the world’s greatest experts in climate science, engaged in a broad range of activities to track and mitigate the effects of climate change. And we are actively focusing on making that data available and useful to U.S. citizens and beyond.

Today I also announced that in addition to our existing Earth Science programs, we are exploring a new concept at NASA: A climate resilience design center that can help state, local, tribal, and territorial governments develop their climate resilience strategies.

This is not something that we can do alone. It is an endeavor that is going to take collaboration with other agencies, like FEMA, and it’s going to take data from commercial companies and from international partners.

But as one of the lead U.S. climate science agencies, NASA will take a leading role in helping our nation, and the world, prepare for the challenges to come.

Our decisions will determine the fate of Earth. Let us protect it. Let us act boldly and with urgency. Let us preserve it for this generation – and generations that follow.