by George Dvorsky: Two Toronto hospitals were involved in the expedited organ delivery… 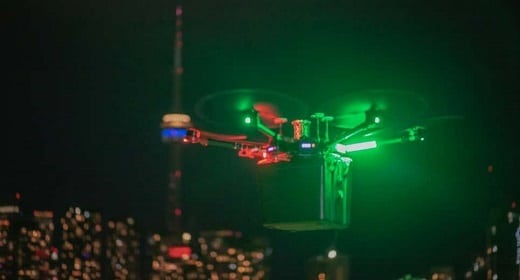 It took just six minutes, but the successful flight from Toronto Western Hospital to Toronto General Hospital demonstrated the efficacy of using drones to quickly and safely transport lungs for transplantation.

Alain Hodak, a 63-year-old engineer, is the first person in history to receive a pair of lungs from a delivery drone. The shipment happened in Toronto on September 25th, as the drone landed on the roof of Toronto General Hospital at around 1:00 a.m. local time, as the Canadian Press reports via the CBC.

Shaf Keshavjee, the surgeon-in-chief with Canada’s University Health Network and a professor at the University of Toronto, was there to receive and inspect the precious package. 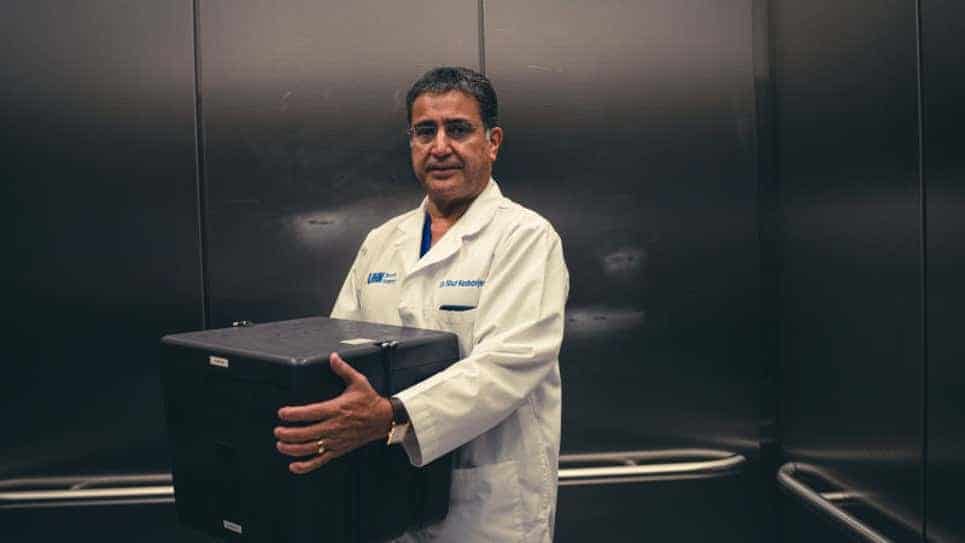 “To see it come over the tall buildings was a very exciting moment,” he told reporters. “I certainly did breathe a sigh of relief, when it landed and I was able to…see that everything was okay.”

Drones have transported transplant organs before, including kidneys, corneas, and a pancreas, but lungs presented an added challenge. As the Canadian Press reports, some 80% of donated lungs cannot be used owing to problems having to do with insufficient oxygenation or a failure to meet minimal functional standards. And like any transplanted organ, time is of the essence; the quicker an organ can be brought to the patient, the better. Hence the desire to ship organs through the air, rather than through congested city traffic.

Martine Rothblatt, CEO of United Therapeutics, the parent company of Quebec-based Unither Bioélectronique, chose Toronto General Hospital because it was the first hospital to perform a lung transplant (1983) and double lung transplant (1986). The millionaire founder of SiriusXM Satellite Radio said she “felt that the karma of the universe would be right if the first-ever drone transplant was also done at Toronto General Hospital.” 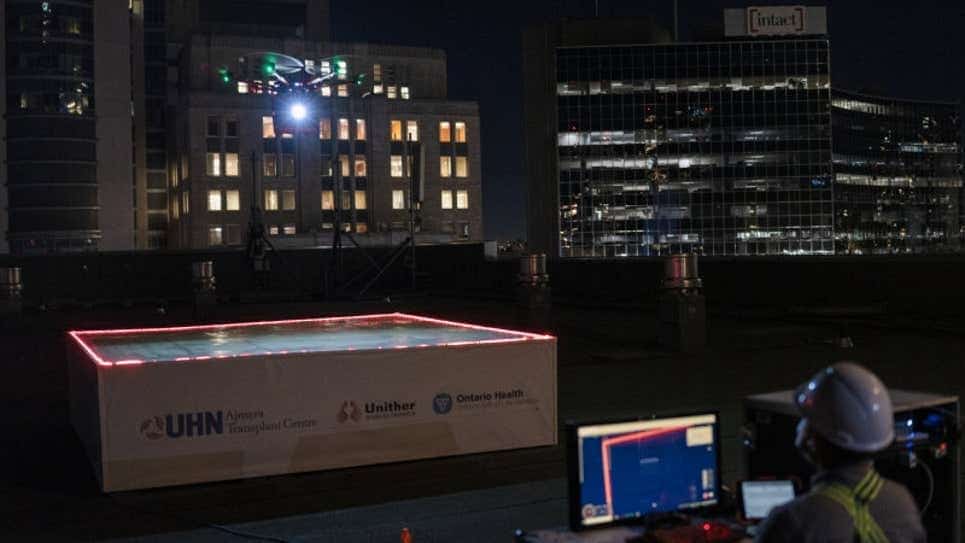