Everything You Should Know About Medical Marijuana

by Dănuț Încrosnatu: To know more about medical marijuana, continue reading this article. .. 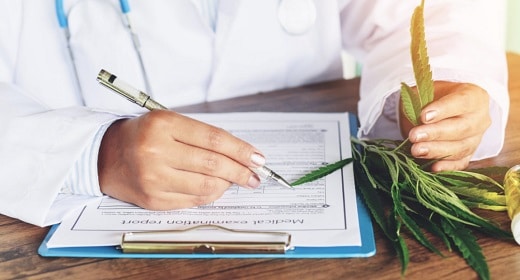 Although they’ve been banned in almost every country in the world, marijuana has been gradually gaining popularity due to its surprising health benefits. Due to that, approximately 30 states have legalized the use of marijuana in the medical field, especially for treating certain illnesses in people over the age of 50. Despite their impending threats to the human body, there’s no denying that this particular type of drug could also benefit many people to some extent.

Although some people are still adamant about their perspectives regarding the use of medical marijuana, there’s no going around the fact that it’s started to gain popularity in the medical world over the past years. Despite the corresponding issues regarding their legalization and safety, medical marijuana has been proven to provide certain health advantages to patients, especially in terms of alleviating body aches and enhancing one’s mental health.

To have a better understanding of medical marijuana, here’s a list of some important information you must know about:

Cannabis And The Human Mind

Although it’s been stated that cannabis doesn’t pose mind-altering effects on someone, you must know that it could still affect it in some ways. Particularly, it could influence the brain receptors and neurotransmitters.

Naturally, the human body produces endogenous cannabinoids through the endocannabinoid system. These hormones are largely similar to cannabis, only that they’re produced in your body. In a way, these hormones could act as the brain neurotransmitters and deliver messages throughout the nervous system.

Consequently, these neurotransmitters could affect certain brain areas that are responsible for one’s memory, concentration, coordination, sensory, time perception, movement, and pleasure sense. Upon taking marijuana, it could also influence the brain’s reward system, which gives off the feeling of self-gratification and satisfaction that one could get from eating and sex.

Apart from that, it could also disrupt normal brain function and could affect certain areas, like reaction time, memory, retention, balance, posture, and coordination.

As a result, people who are under the influence of marijuana aren’t advised to operate machinery, drive a vehicle, or engage in extreme physical activities as these could be harmful to them. In some cases, marijuana could affect one’s perception and could heighten their senses.

According to the National Academies of Sciences, Engineering, and Medicine, there are certain health advantages that one could get from taking medical marijuana.

Here’s a list of some health advantages of medical marijuana:

Things To Know About Medical Cannabis

Medical marijuana could be an extremely helpful drug once taken responsibly. Although it has its fair share of risks and one can’t disregard its dangers, there are also various benefits one can gain from it.

To better know how you can maximize its uses, it’s best to know first some of the most important aspects of medical marijuana. For better information, continue reading the section below:

While there’s no doubt that medical marijuana could offer numerous health benefits to many patients, it’s crucial to note that its impacts may vary depending on the person. Likewise, patients may respond differently to it.

Specifically, many experts believe that patients’ reactions toward medical marijuana may differ depending on their gender, race, age, genetics, and other relevant factors.

Chemical Components Of Cannabis Are Unique

Cannabis is grouped into three classifications that have different balances of cannabinoids. While some people tend to view them as one, it’s important to note that the chemical compounds found in marijuana are unique from one another and the level of their impact on one’s body may differ.

It’s also crucial to know that not all cannabis is the same. Some types may cause detrimental effects, while others may not. Specifically, THC could give off psychoactive aftereffects, while CBD may help prevent risks of seizures and muscle spasms.

Marijuana Should Be Contaminant-Free

Before taking medical marijuana, patients should know if the drugs are free of any harmful contaminant. Although their physician might do that for them, people should tell their doctors about their history of medical condition to better know if they’re safe to take the said drug.

It’d also be better for people with a compromised or weak immune system to confirm if their cannabis is free from mold, mildew, pesticides, heavy metals, and other types of contaminants. Through that, they could ensure safe treatment and use.

Although the use of medical marijuana has been approved in some states, there are numerous regulations and rules that one must abide by before they take this drug, not to mention the number of health certifications and requirements they need to provide.

People who want to use medical marijuana must, first, identify the right dose that’s suitable for their needs to prevent any complication. In your case, you might want to start with figuring out how much to take after finding the right strain for you. While studies are yet to prove this point, it’s best to consider this option to ensure your safety and optimal health.

The impacts of medical marijuana may depend on how much you take and how often you consume it. To get the most from this drug, it’s best to follow what your doctor has prescribed and avoid overconsumption as it could affect your health.

Also, note that the way you take marijuana could determine its aftereffects on your body. For instance, the effects of vaping or smoking cannabis may last shorter than ingesting it. However, you might need to eat more cannabis-induced foods before you feel any impact, and must wait for at least an hour before you take it again.

Storage Of Marijuana May Affect Its Potency

When storing your medical marijuana, you must know that the way you store it could affect its overall potency. In some cases, CBD-induced foods lose their potency when exposed to heat and humidity. As a rule of thumb, these products must be stored in a cool, dry place, or refrigerated.

Besides that, here are some of the primary methods of marijuana consumption:

Marijuana or cannabis is one of the most common types of drugs that could affect one’s entire system in many ways. While the use of marijuana has been prohibited in various countries all over the world, several states have been considering its medicinal properties and are now approving of its use.

Despite its share of risks, one can’t deny the number of benefits one can get from medical marijuana. Through the above mentioned information, you now have better chances of maximizing its benefits.