by Corbin Hiar: The new rules could put pressure on Facebook to take similar steps… 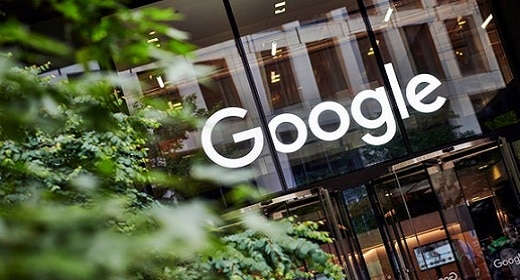 The Google ads team announced yesterday it will “prohibit ads for, and monetization of, content that contradicts well-established scientific consensus around the existence and causes of climate change.” The policy changes apply to Google advertisers, publishers that run Google ads and YouTube creators.

Google LLC plans to implement the new rules next month, when world leaders are planning to attend a United Nations conference aimed at accelerating action to fight climate change, and could put pressure on advertising rival Facebook Inc. to crack down on climate misinformation.

“This is welcome news — and a long overdue step in the right direction,” Rep. Kathy Castor (D-Fla.) said in a statement. As chair of the Select Committee on the Climate Crisis, she urged Google head Sundar Pichai last year to ensure his sites weren’t incentivizing climate denial (E&E Daily, Jan. 28, 2020).

Google brought in over $134.8 billion in online ad revenue in 2020, more than any other company, according to the data firm Statista.

“This is by no means the end of our fight,” Castor added. “Once this policy goes into effect, we will be monitoring its progress and implementation, as we continue holding Google and others accountable for the lies and climate misinformation that are too often spread on their platforms.”

The move was made in response to customer complaints, according to Google.

“In recent years, we’ve heard directly from a growing number of our advertising and publisher partners who have expressed concerns about ads that run alongside or promote inaccurate claims about climate change,” the Google Ads team wrote.

“Advertisers simply don’t want their ads to appear next to this content,” they said. “And publishers and creators don’t want ads promoting these claims to appear on their pages or videos.”

The rules will be enforced by “a combination of automated tools and human review,” they said.

The company declined to specify which customers or how many ads would be affected by the change. “It’s a very small number,” a spokesperson said.

“Companies are starting to see the writing on the wall — that there’s no more room for climate denial,” Michael Khoo, who works on climate misinformation for Friends of the Earth, said in an interview. “Facebook needs to step up next.”

The social media company didn’t respond to a request for comment.