How Mindfulness Can Give Us The Courage To Examine Bias

by Rhonda Macgee: Mindfulness can help us tap into the courage and compassion necessary to recognize our own prejudices and sit with them long enough to find a thoughtful way forward… 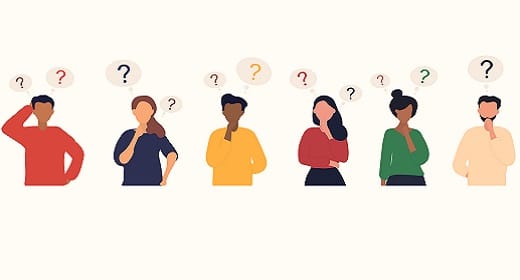 As a black woman, Gesmine knew what it felt like to be the victim of microaggressions on a daily basis and to see the effects on the people she loved. “It’s difficult to separate out one instance,” she said when asked to give an example of harm she has seen. “Every day feels like violence, and I experience or witness some form of it all of the time.”

Because of the everydayness of her experiences with racism, Gesmine felt ready to have hard conversations about it. But when she confronted her white friend about a microaggression directed at Asian Americans, she found her friend backing away, feeling hurt and attacked. Knowing what to say did not prepare Gesmine for the challenging emotional work of remaining connected with her friend with compassion while also challenging her to see why her behavior might be harmful.

Paul, a young white man, wanted to learn how to talk about race and bring people together across racial lines. He soon found, however, that whenever he opened up to other whites about it, conversations quickly stumbled, and then one way or another, whether quietly or with anger and defensiveness, ended. Again and again, Paul noticed that other white people changed the subject or literally found a reason to walk away. He had to admit that despite his good intentions, he was feeling mostly alone in this effort. He was beginning to think that it might be best if he left the work to someone else.

The fact is that sitting with and talking about our experiences of racism is incredibly difficult. This is one of the reasons why having effective conversations about race, and expanding our capacity to stay in such conversations with diverse groups of people, takes so much work. And yet, all of this is possible with a commitment to self-awareness and compassion when we see something in ourselves or others that reveals bias that we hadn’t previously recognized.

Buddhist scholar John Freese described bringing awareness to his encounter with a racially different “Other”: “When I looked closely, I came to see that there was this fear of annihilation that arose in me when I went into a predominantly Mexican-American neighborhood in Texas, not far from where I lived. [I realized] this is coming up out of my gut consciousness, this fear… It wasn’t until I was back in the place where I grew up that this deeper stuff came up that’s more hardwired in my system…” Returning to his hometown helped him to see the deep-seated nature of racism within himself. His mindfulness helped him stay with what he saw long enough to deepen his understanding and be a source of teaching and learning about whiteness for others. In John’s words, he “learned from Thich Nhat Hanh that racism is compost that we should transform into the wisdom of interbeing, and that purity and compassion arose from that same gut consciousness when connected to the heart-mind, when we awaken to the Ground of Being.”

We need to seek to change the broader consciousness in ways that make systemic, structural changes possible.

Better understanding of these issues and doing the work of supporting other people on their journeys have been the focus of my life’s work for many years. Part of my commitment to this work grew out of my upbringing in what I believed at the time was a desegregated America in which full democracy and true equality were really just around the corner. My heart broke again and again as I came to see that America was in the throes of cycles of repair and reversal, reform and retrenchment, some progress followed by return to the old hierarchies that have often been accompanied by rhetoric justifying their existence. Professors like Reva Siegel, Kimberlé W. Crenshaw, and John Calmore suggest that given this historical pattern, we all need to be more skeptical of the rationales and justifications that seek to blind us to racial disparities and racist actions. We need to be comfortable with skepticism about claims of progress in ongoing repair, redemption, and justice. We need to seek to change the broader consciousness in ways that make systemic, structural changes possible. We need to commit to doing these things for the rest of our lives, and we should cultivate these ways of relating with injustice and pushing for justice as the heart of daily, engaged mindfulness practice.