by Jeff Owrey: This essay explores the application of Nagualism as a tool for alchemical change… 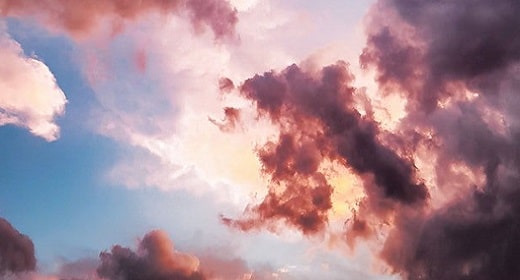 After a brief introduction to the fundamental concepts of Nagualism, these concepts are used to examine the appearance of alchemical principles in Chaos magic and Native American magic.

Concept of the Assemblage Point

A most useful concept for studying the epistemology of magic is the idea of the assemblage point. This idea comes from a branch of combined Meso-American shamanism and magic commonly known as Nagualism, and is described by Carlos Castaneda in the numerous books in which he writes about his encounters with the Mexican brujero, Don Juan. Nagualism views the human being abstractly as a “luminous cocoon” of awareness and defines the assemblage point as that location on this sphere where all the fibers of the universe are focused by intent into our perception of the universe. Furthermore, this location can be changed by the operation of intent. Notice that intent is the key, operative word of this definition. Indeed, if it can ever be said that the brujero Nagual uttered a magic word, that word would have to be “intent”, for intent is the quintessential, indefinable term in the language of Nagualism. Castaneda describes the role of intent in the following passage from Silent Knowledge

Sorcerers, by the force of their practices and goals, refute the power of the word. They define themselves as navigators in the sea of the unknown. For them, navigation is a practicality, and navigation means to move from world to world, without losing sobriety, without losing strength; and, to accomplish this feat of navigation, there cannot be procedures, or steps to be followed, but one single abstract act that defines it all: the act of reinforcing our link with the force that permeates the universe, a force which sorcerers call intent. Since we are alive and conscious, we are already intimately related to intent. What we need, sorcerers say, is to make that link the realm of our conscious acts, and that act of becoming conscious of our link with intent is another way of defining silent knowledge.

Working together with the other three apprentices of Don Juan (Carol Tiggs, Florinda Donner-Grau, and Tiasha Abelar), Castaneda combined all the separate aspects of Nagual magic into a single, comprehensive discipline he has named Tensegrity. Central to this discipline is the idea that certain, specific practices, for strengthening and conditioning the practitioner’s physical (and energy) body, prepares the practitioner for moving the assemblage point by the operation of intent.

Generally speaking, a movement of the assemblage point results in perceptual changes, the intensity of which is proportional to the magnitude of that movement. Smaller movements of the assemblage point result in alterations in the way we perceive the universe of everyday, consensual reality (and vice versa). A sufficiently large movement of the assemblage point results in the perception, however brief, of a wholly new universe – a universe in which one can “live and die”. A movement that ends in a new, stable location results in the experience of either a re-manifestation of the present universe or of the manifestation of a whole new universe, depending on the magnitude of the movement. The discipline of Tensegrity is intended to prepare the practitioner to survive the rigors of the larger movement that results in perception of a new universe. Furthermore, the discipline of Tensegrity is abstract because the greater the movement, the more abstract the perceptual experience of the universe that manifests. The following discussion, however, will focus on the smaller movements of the assemblage point that may be brought about by single-minded focus on philosophical ideas, concepts and spatial arraignments. It is these smaller movements that are so important in preparing the aspirant for the larger shift that results in the manifestation of a whole new universe.

Air, Earth, Fire and Water most commonly designate the four classical elements of magic and philosophy. Chaos magic adopts the tradition of the four elements and adds a fifth, postulated element, but changes the nomenclature somewhat. Derived from the physics of quantum mechanics, the elements in Chaos magic, are Time, Space, Mass and Energy. The fifth element, Ether, is postulated to represent the so-called shadow time dimension used to account for the apparent paradoxes of quantum mechanics. Figure 1 illustrates the pentagram with these elements as attributes of the four vertices and the fifth element, Ether, as an attribute of the ascendant point of the pentagram. Peter Carroll describes this arraignment of the five Elements more fully in the following passage from Liber Kaos

In Chaos magic operations, the Elements may be seen as alternating in position around the pentagram depending on whether they are dominant or subordinate in a particular working. In some operations, space and time might be dominant, in others matter and energy. It is my hypothesis that applying alchemical principles to the quantum mechanical manifestation of the Elements forces a change in perceptual habits of how the Elements interrelate, and that this change results in a beneficial shift in the assemblage point. In turn, this beneficial shift of the assemblage point re-manifests as novel perceptions of the magical universe.

As a prelude to discussing alchemical principles in Native American magic, it is appropriate to introduce a few correspondences to the Elements in Chaos magic. These correspondences, summarized in table 1 below, are taken from various schools of thought inspired by a single, unifying alchemical principle in Native American magic. Unlike systems of correspondences that appear in other branches of magic, the correspondences in table 1 should not in any way be considered as set in stone. The reader should note that different Native American tribal groups often have their own preferred arraignments for these correspondences, especially for Color and Spirit Animal. In fact, one of the concepts found in Native American parallels to Chaos magic is the Spinning Medicine Wheel. As an aid in understanding this concept, the entries in the rows of table 1 may be visualized as written ninety degrees apart on concentric rings which may be “spun” independently of each other, as if on a pinwheel. Spinning the rings thus provides a way of randomly deriving new permutations of the entries in the table. One may ask what purpose is served by permuting the elements of table 1, other than total confusion. The answer would be that “spinning the medicine wheel” constitutes a method for forcing a change in perception, and hence is a method for shifting in the assemblage point.

Figure 2 illustrates the unifying alchemical principle mentioned above, the Medicine Wheel. The Native American magicians generally considered achieving inner and outer harmony by balancing all aspects of one’s being an ultimate, life goal. The Medicine Wheel is a symbolic representation of this balance and harmony in all aspects of one’s being. Implicit in the symbolism of the Medicine Wheel is the idea that each individual aspect within the totality of one’s being is itself an infinity of aspects that must be balanced before the whole can be brought into balance. In figure 2 the smaller circle symbolizes the idea that each point on the Medicine Wheel (representing the totality of one’s being) is itself a Medicine Wheel (a totality contained with a totality). As P.D. Ouspensky points out, the whole being is made up of an indefinite number of individual selves, or “I”s as he calls them. The Medicine Wheel abstracts from all these individual selves a whole made up of only four, archetypal selves: the illuminated self, the introspective self, the innocent self, and the wise (or knowledgeable) self. Although the whole being is made up of a multiplicity of selves, in Native American traditions these four, archetypal selves are thought to be the most important to re-manifest in order to bring the whole into balance and harmony. The Native American author, Hyemeyohsts Storm, describes this concept in the following passage from Seven Arrows

In order to bring oneself into greater balance and harmony using the Medicine Wheel, one must shift one’s perception of oneself. For example, if you are naturally an innocent person of the South, then you must learn to see yourself from the point of view of a wise person of the North. Alchemically this shift of perception results in a movement of the assemblage point. In this case the movement of the assemblage point is very beneficial because it results in a stable, balanced person, much better anchored, within him or herself, than the average person who does not know about or practice the teachings of the Medicine Wheel.

We have seen how Nagualism can be viewed as an alchemical tool for self-development and personal change. These changes are the result of shifts in perception – of the world outside, and of all the selves clamoring within. These shifts of perception in turn result in a gentle movement of the assemblage point that not only prepares the individual for the crossing of the phylum implied by much greater movements, but also, in the process, produce a much better anchored and more stable person. Since the beginning of time, there have been an uncountable number of methods devised for moving the assemblage point. Yet to move the assemblage point without anchoring the individual is to cast him or her adrift on an infinite sea. The practices of Tensegrity, the use of alchemical principles in magic, and the teachings of the Medicine Wheel are but a few ways to accomplish this re-manifestation without leaving the individual hopelessly mired in an infinite universe. These few ways are not the only ways, of course, but they are among the most superlative of ways.

Table 1. Some correspondences to the Elements of Chaos Magic.