One Of The World’s Oldest Rainforests Returns To Indigenous Control

by Olivia Rosane: Australia’s Daintree Rainforest — a World Heritage Site and one of the oldest rainforests in the world — is being returned to Indigenous ownership… 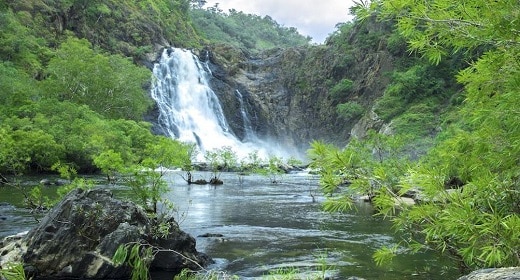 The iconic forest is one of four national parks that the state government of Queensland, Australia agreed to return to the Eastern Kuku Yalanji people in a formal ceremony on Wednesday following four years of negotiations, as The AP reported.

“Their culture is one of the oldest living cultures and this land handback recognises their right to own and manage their Country,” Environment Minister Meaghan Scanlon said on Twitter.

Today, we continue our path to reconciliation.

Four national parks in Cape York, including the Daintree, return to the Eastern Kuku Yalanji people.

Their culture is one of the oldest living cultures and this land handback recognises their right to own and manage their Country. pic.twitter.com/wL8kEfg23M

In addition to Daintree, the deal also includes the Cedar Bay (Ngalba Bulal), Black Mountain (Kalkajaka) and Hope Islands national parks for a combined area of more than 160,000 hectares, BBC News reported. The lands will first be managed jointly by the Queensland government and the Eastern Kuku Yalanji people before being passed entirely to aboriginal control, The AP explained.

“It’s a big thing for Eastern Kuku Yalanji people, for us bama, which means people,” Chrissy Grant, a traditional owner and the incoming chair of the Wet Tropics Management Authority board, told The Guardian. “Bama across the wet tropics have consistently lived within the rainforest. That in itself is something that is pretty unique to the world heritage listing.”

The Daintree Rainforest is part of the Wet Tropics of Queensland UNESCO World Heritage site, CNN reported. It is considered important from a biodiversity and natural history perspective, because it is the largest part of Australia that has remained covered in rainforest since the days of the great Gondwanan forest that stretched over Australia and part of Antarctica 50 to 100 million years ago. It is also home to more than 3,000 plant species, 107 mammals, 368 birds and 113 reptiles.

“These living relics of the Gondwanan era and their subsequent diversification provide unique insights to the process of evolution in general,” UNESCO wrote.

The rainforest gained World Heritage status in 1988 as part of a bid to protect it from logging and land clearing for agriculture, BBC News explained. However, at the time, the Eastern Kuku Yalanji were not consulted, The Guardian explained.

“In 1988 there was no consultation with Aboriginal people and no recognition of the values of the… oldest rainforest in the world, being continuously occupied by Aboriginal people,” Grant told The Guardian.

The UNESCO designation still focuses on the site’s environmental values, but not its cultural importance.

The handover follows other cases in Australia in which Indigenous people have been given control of World Heritage sites like Uluru and Kakadu in Australia’s Northern Territory. Grant now hopes that the most recent handover will provide a model for other groups in Australia’s wet tropics hoping to regain control of their traditional lands.