Why Our Food System Makes It Tough To Eat Healthy

by Marion Nestle: Wondering why it’s so hard to eat a diet that’s good for you and for the planet? Because we have a food system designed to boost profits at our—and the environment’s—expense… 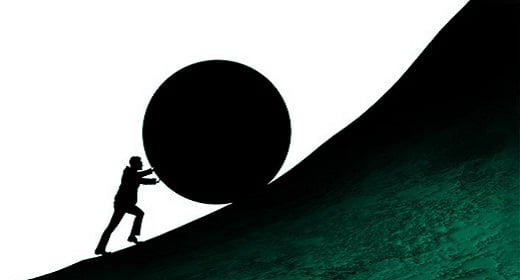 Q: What’s your advice for how to eat a healthy diet?

A: Eating healthfully is so simple that the journalist Michael Pollan summarized the principles in seven words: Eat food. Not too much. Mostly plants.

That’s not all that different from decades-old advice to balance calories, eat a variety of foods, and keep those foods mostly unprocessed. Today’s tweak is to avoid ultraprocessed foods—translation: heavily processed junk foods.

A: Are you kidding? It’s impossible for anyone without a willpower of steel. Ultraprocessed junk foods are among the most profitable for the companies that make them, and the companies’ first priority is profits for stockholders.

To sell those foods, companies bombard us with billions of dollars in ads, normalize eating junk food, and make it available 24/7, everywhere, and in large amounts at remarkably low cost.

It’s the normalization I worry most about. Why isn’t it normal to eat a largely plant-based diet that’s loaded with fruits and vegetables?

Q: Why does the food industry have so much power?

A: Everybody eats. Everybody buys food. So this industry includes Big Agriculture, Big Meat, and Big Food, companies with billions in annual revenues. And money buys power. These corporations know how to use the political system to get government handouts and keep regulators off their backs.

Q: What led to the obesity epidemic?

A: As a result of 1970s agricultural policies, we have been overproducing food. Since the ’70s, the calories in the food supply have gone from 3,200 per person per day to 4,000. That’s twice the amount needed by the average person.

The food industry, including restaurants, had to convince people to buy their products rather than someone else’s or to eat more in general. They did a great job of putting food everywhere and increasing the size of portions.

If I had one concept I could get across to everyone, it would be that larger portions have more calories. That alone is a sufficient explanation for the rise in obesity.

A: The shareholder value movement kicked in during the early 1980s. That made returns to stockholders and consistent growth in profits every publicly traded company’s number one priority—to hell with taking care of workers and protecting the environment.

Food companies had to work hard to sell enough to boost profits, and they devised all kinds of clever ways to do that. The result: people ate more and gained weight.

Q: Why is marketing so effective?

A: As an advertising executive once explained to me, when marketing is done well, it slips below the radar of critical thinking. You’re not supposed to realize you’re being marketed to.

You enjoy the entertainment by celebrities, musicians, and athletes and never think about what the advertised product might be doing to your health.

Q: So we have less control over our food choices than we realize?

A: Right. Exercising personal responsibility when confronted with mountains of tasty, cheap food is pretty tough. That’s why we need policies to make the healthy choice the easy, less expensive, and preferred choice.

Q: What would make the healthier choice the easier choice?

A: I have a long list. I’d get companies to stop marketing to kids, stay out of public policy, stop fighting public health measures, pay for the health and environmental damage caused by their products, and stop taking subsidies.

Also, companies get to deduct the costs of marketing as business expenses. So taxpayers are effectively subsidizing the cost of marketing sugary cereals, cookies, salty snacks, and other junk food to kids. That needs to stop.

Q: How does the food industry confuse people about what’s healthy?

A: Three ways: advertising, claims on food packages without much scientific substantiation, and funding research to produce results that can be used in marketing. I wrote a whole book about this last one, Unsavory Truth: How Food Companies Skew the Science of What We Eat.

Industry-funded research almost always comes out in favor of whoever paid for it, and it’s often used immediately in marketing.

Q: What about supplements?

A: I discussed that in detail in my book Food Politics: How the Food Industry Influences Nutrition and Health. The supplement industry is notorious for funding studies that show benefits. But rigorously designed studies with no industry funding are less likely to show any effect.

The great anomaly is that half of American adults take supplements, but hardly any research shows that they make healthy people healthier.

A: A 1994 law called the Dietary Supplement Health and Education Act paved the way for companies to market supplements more successfully. The law requires the FDA to prove that a product is unsafe before the agency can take it off the market. And consumers have no way of knowing if the product is effective or even if it contains what its label says. Caveat emptor, indeed.

Q: Why can’t we keep food free of Salmonella, E. coli, and other germs?

A: We know how to produce food safely, but it requires deep diligence and commitment. Right now, the big concern is vegetables. If they are grown near where animals are being raised, that increases the risk of contamination with pathogens. We see examples of that over and over.

Q: How does industrial agriculture harm the planet?

A: In many ways. For example, industrial animal production dumps fecal waste into the environment in enormous amounts. I just saw a figure that 2,500 dairy cows produce as much waste as a city of 400,000 people.

A city treats its waste before sending it back into water supplies. Concentrated animal feeding operations don’t have to treat their waste, which may eventually end up in our waterways. They should.

Q: What about growing food crops?

A: We’re talking monoculture—that is, using huge swaths of land to grow a single crop, like corn or soybeans. These crops are treated with massive amounts of fertilizer and pesticides. Nitrogen and phosphorus from fertilizers and manure get into water supplies, where algae love them and take over. Hence the Gulf of Mexico’s dead zone. We badly need the political will to fix these problems.

Q: What would make our food supply more safe, sustainable, and equitable?

A: We need a systems change. We need to get money out of politics, to publicly support elections, and to create a Wall Street culture that insists on corporate social values like protecting workers and the environment. And we need to insist that everyone in the food system be paid decently and have access to decent food, education, and health care.

If we don’t advocate for these things, we won’t ever get them.

Q: What has the coronavirus revealed about our food system?

A: The pandemic has made it obvious that the system is flawed. Farmers have destroyed food that they couldn’t sell while people line up at food pantries.

The system is inequitable. “Essential” meatpacking workers are expected to work in crowded and dangerous conditions, with low pay and often with no paid sick leave.

On the hopeful side, the pandemic has led people to do more gardening and cooking and has created a clear agenda for advocacy. We know we need a fairer, more equitable, healthier, and more sustainable food system. Let’s get to work on it!