How To Water The Seeds Of Happiness – Thich Nhat Hanh

Opening Your Heart: 11 Ways to Break Free of Mind-Oriented Spirituality

CBS News Poll: A Third Of Americans Are Eating Less Meat Than A Few Years Ago

by Fred Backus: About a third of Americans report that they’re eating less meat than they were a few years ago… 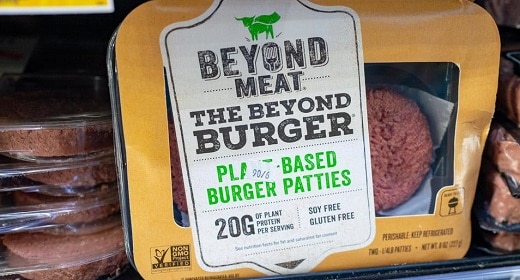 Thirty-six percent say they’re eating less meat, while most — 57% — are eating about the same amount.  A small percentage — just 6% — say they are eating more meat.

This trend can be seen more prominently among women than in men:  four in 10 women are eating less meat, compared to three in 10 men. In contrast, one in 10 men say they are eating more meat these days than they were a few years ago.

Why are some Americans eating less meat? By far the top reason cited is better health: more than half of adults who are eating less meat give that as the reason. Another 17% say it is because cutting down on meat is cheaper, while 11% say they simply like vegetables more. Fewer Americans give more humanitarian reasons, for instance, that it’s better for the planet (8%) or is more humane to animals (7%).

This poll was conducted by telephone November 9-14, 2021 among a random sample of 1,008 adults nationwide.  Data collection was conducted on behalf of CBS News by SSRS of Glen Mills, PA.  Phone numbers were dialed from samples of both standard land-line and cell phones.

The poll employed a random digit dial methodology. For the landline sample, a respondent was randomly selected from all adults in the household. For the cell sample, interviews were conducted with the person who answered the phone.

Interviews were conducted in English and Spanish using live interviewers. The data have been weighted to reflect U.S. Census figures on demographic variables. The error due to sampling for results based on the entire sample could be plus or minus 3.7 percentage points. The error for subgroups may be higher and is available by request. The margin of error includes the effects of standard weighting procedures which enlarge sampling error slightly. This poll release conforms to the Standards of Disclosure of the National Council on Public Polls.