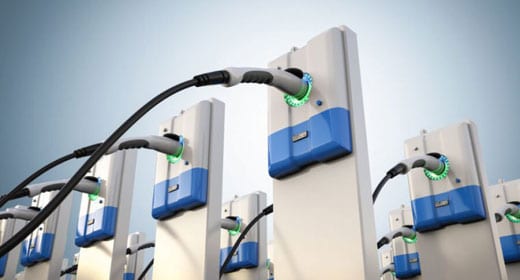 That milestone coincided nicely with a call from President Joe Biden to build out more EV charging infrastructure. In March of this year, the Biden administration set a goal of reaching 500,000 publicly accessible EV chargers by the year 2030. (This preceded an August announcement from the White House that set a lukewarm target of half of all new cars and trucks being zero-emissions, also by 2030.)

If you’re considering adopting an EV, then you can use this helpful online tool at the Department of Energy to see where all the chargers are.

Of course, the actual composition of those chargers is important. It’s no good having half a million places to plug in if they’re all level 1 (120 V AC) chargers that take days to top up a battery EV. But a new report from the National Renewable Energy Laboratory has dug into the data, looking at trends to see whether the nation is on track to meet its goals.

At first glance, the news is positive. We added 4,566 new chargers during Q1 2021 for a total of 100,709. That means the US is already 20 percent of the way to Biden’s 2030 goal. Most of those were level 2 (240 V AC) chargers, which saw 5.4-percent growth. The number of level 1 chargers actually decreased by 2.4 percent, mostly as ChargePoint decommissioned them in favor of level 2 devices.

Because a level 2 charger usually takes 8–10 hours to fully recharge a 250–300 mile BEV, drivers (particularly those who have yet to convert to an electric car) are probably more interested in the number of the faster level 3 (usually known as DC fast) chargers. Depending upon the car and the power output of the DC fast charger, these can charge a battery to 80 percent in 20–50 minutes.

There was essentially no growth in DC fast chargers between Q4 2020 and Q1 2021. After multiple quarters of rapid expansion, the number of public DC fast charging ports grew by just 0.4 percent. The NREL attributes this to the integration between ChargePoint’s and Greenlots’ APIs:

That led to a rather scary-looking pie chart on the Department of Energy’s website showing that 40 percent of DC fast chargers were only able to supply 50 kW or less. However, the chart is based on only 6,821 chargers and excludes almost the entire Tesla Supercharger network from its data set.

In fact, of the DC fast chargers with power output data, the NREL says there was a 30.8 percent drop in the number that were only capable of 50 kW or less. That was partly due to ChargePoint changing its API, but some of the decrease is a consequence of maintenance performed in 2020 by Electrify America that saw some of its chargers temporarily limited to 50 kW, an action that was reversed in 2021.