Karma, Plain and Simple: The Law of Karma Demystified

by Rory Mackay: Karma is an interesting yet often misunderstood topic… 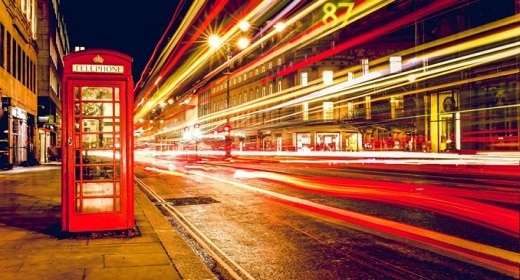 The term ‘karma’ originates in the oldest of the ancient Indian Vedas. The concept has influenced many other traditions (including Buddhism, Jainism, Taoism, etc). In recent decades it’s even come to permeate Western pop culture.

People tend to have a notion of karma being some kind of cosmic force of retribution. Do a Google search for ‘karma’ and you’ll find sassy Insta-ready quotes such as “I hope karma slaps you in the face before I do.” But this is a very limited and distorted understanding of what karma is.

So what is karma?

Karma is a Sanskrit word. It literally means “action”.

Life is nothing but the unending dance of karma.

Everything you do is karma — from brushing your teeth in the morning to switching your light off at night. Even subtle actions, such as your thoughts, desires and intentions are considered karma.

Karma relates not only to action but the corresponding effect of those actions. That’s usually what we think of when they hear the term.

The law of karma is cause and effect — action and reaction, and the inextricable relationship between the two.

We develop an understanding of karma from a young age.

It’s clear that doing certain things gets you positive results.

If you work hard at school, you’ll hopefully get good grades, make your parents happy, and have more options later in life. If you do something kind for someone, you’ll feel good about yourself and the other person will be grateful and inclined to return the favour.

If on the other hand, you go out and rob a bank or attack someone, the results will be far from positive. The police will be on your tail and you’ll end up in jail. Your actions will create varying levels of misery for yourself and others. This is called papa karma, or ‘bad karma’.

Karma is exacting. It always rebounds, if not physically, then psychologically or spiritually.

Sometimes the results may not be as clear-cut.

An action can have both seen (drista phala) and unseen (adrista phala) results. While the seen results are often clear and predictable, it can be hard to predict the unseen results.

Life is complex. Many factors are at play, so often the result of karma may not be as you anticipate. We can never see the bigger picture. Sometimes what seems like a good action can have unintended negative consequences.

That’s why it’s never as simple as ‘good things happen to good people’ and vice versa.

So what is it that compels you to perform and accumulate either good or bad karma?

The simple answer is what you’ve done before.

Your past actions drive your karma.

Your actions, and even the thoughts that you think, leave a mark. They create ripples like pebbles thrown into a lake.

Whenever you perform an action, it creates an imprint, a groove in your consciousness. Vedanta calls these grooves vasanas. The more you do something, the stronger the impression (vasana) and the more likely you’ll repeat the action in the future.

Every action you undertake creates a psychological response. If you eat a slice of cake and enjoy it, this creates a desire vasana. You want to recreate that enjoyment, so the vasana compels you to eat more cake.

This initiates a cycle of desire, action and reaction.

The unconscious imprint compels you to act on your desire. Each time you do, you reinforce the cake vasana and the cycle continues.

Vasanas drive the human psyche. They govern your desires and aversions, which become your karma. The cycle self-replicates, reinforcing itself in an unconscious cycle of cause and effect.

It takes a degree of self-awareness to change these behavioural patterns. But that’s the only way to master your karma.

The three types of karma

The technical terms for them are sanchita karma, prarabdha karma and kriyamana karma.

Determinism and free will

The law of karma helps explain the striking differences evident in human beings. From physicality to psychological makeup, human beings have diversity like no other species.

Karma weaves the fabric of our lives, forming the bedrock of our psyche.

This raises the question of determinism.

We like to think we are agents of free will.

But when you reach out to grab a slice of cake, is it actually you that’s making that decision, or is it your cake vasana? This vasana is the subtle karma generated by your previous actions. It generates an almost uncontrollable urge to gorge yourself on yet more cake.

Neurologists have shown that our decisions are actually made before we even consciously know we’ve made them. In other words, we think we’re making decisions, but they’re being made for us.

That is the power of our vasanas; the pull of past karma.

Yet, human beings are unique in that we do possess a degree of free will.

While past karma compels you to act a certain way, you can consciously choose differently.

You may decide to resist the cake vasana and go on a diet. This will completely change your karma. Previously you may have been heading toward a life of obesity and heart disease, but now you are creating more beneficial karma is the form of improved health and fitness.

Understanding the mechanics of karma can be liberating. We realise that by doing certain actions and generating punya, we have the ability to shape our future.

Some people view karma as some cosmic force of reward and punishment, but it’s much subtler.

As the law of causation, karma is completely impersonal. It’s the interplay of the innumerable factors operating in the field of phenomenal existence.

Karma is no different to gravity in that sense. It works impersonally and for everyone. It doesn’t matter who you are, if you throw something in the air, gravity will bring it back down again.

We are all accountable for our actions, however. Our karma, whether good or bad, always gets added to the account. It may not happen immediately, but it will fructify at some point.

The recent case of Harvey Weinstein demonstrates that even the most successful and powerful people can’t escape the consequences of their actions forever.

Karma is a key understanding in helping us make sense of cause and effect and how action generates both seen and unseen consequences.

At its most basic level, it seems absurdly simple: do good things and you’ll get usually good results.

But a more thorough understanding helps explain why we behave the way we do. It highlights how the momentum of our past actions, in thought, word and deed, influence us in the present moment and how they affect our future.

There’s not a huge amount you can do about past karma, except gracefully accept what you can’t change and change what you can.

To take charge of future karma, you need to be clear on what you’re doing and the results you’re generating. If you habitually lie, steal and abuse people, eventually, your actions will catch up with you. You may have to spend the latter part of your life in jail.

Karma isn’t some force of cosmic retribution. It ‘rewards’ and ‘punishes’ us only in response to our actions. It’s an impersonal law of accountability, of basic cause and effect.

Vedanta teaches that Self-knowledge, achieved through self-inquiry, leads to liberation from karma.

The Self is pure awareness. It’s the changeless essence in which we experience all things, including karma, good and bad. By shifting our self-identity from the changing mind and body to changeless awareness, karma can be transcended.

Living from this state of alignment with our essential nature, karma still happens, but it no longer need bind us. It is merely the flow of experience driven by the universe.

“Just as the dreamer becomes free of all actions he or she performed in the dream on waking up, the Realised soul is freed from sanchita and agami karma when he or she wakes up to the knowledge “I am whole and complete, actionless awareness”. Even the prarabdhSa karmas in his life will not affect him. Just as a man who views himself in a distorted or concave mirror knows that he is free from the limitations of the distorted image, a Self-realised soul also knows that he is not bound by the limitations of the body and the mind.”

Next up, I’ll be exploring how to use to ancient mindset of Karma Yoga to free yourself from stress and psychological suffering.