The Yoga of Pilgrimage

by Juan Li: Meeting the great Goddess on the road to Santiago de Compostella… 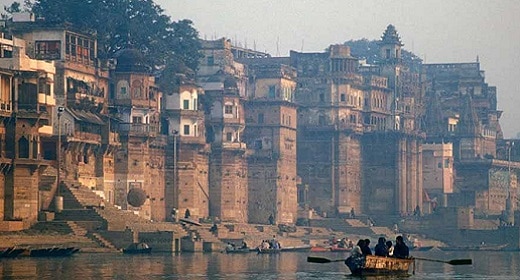 In the vast repertoire of energy practices inherited from the ancient traditions there is one which stands above the rest by its all encompassing nature. The yoga of pilgrimage is the most misunderstood of the spiritual steps. It is often mistaken as simply traveling from a spiritual place to place.

The yoga of pilgrimage is the crucial step in personal development where we put to the test everything we have learned and bring to completion all the situations from our past which have been left unfinished.

In the I Ching one of the first advises given to the beginning practitioner is that in order to succeed in what we set out to do it is essential to finish whatever we begin. Whenever we start something we set in motion an energy cycle which has the primary goal of seeking completion. If left unfinished the energy remains engaged with the cycle, limiting our vitality and reducing our effectiveness in whatever we set out to do. When a pilgrimage is conceived the first thing that is done is to go over all unfinished situations in our whole life and resolve them before leaving. This is done because the yoga of pilgrimage is a preparation for dying.

In India the pilgrim is called `the walking corpse’ because before setting out it has paid all debts, resolved all disputes, made peace with old enemies and communicated whatever was pending. The pilgrim is ready to leave this world without strings attached to the physical plane. The yoga of pilgrimage is the yoga of liberation from bondage and through it we have a conscious experience of freedom unlike any other in our lives. A second equally important step in pilgrimage is establishing personal vows of conduct which help strengthen willpower and boost self-esteem. The primary vow is that of completing the pilgrimage regardless of the hardships encountered. The fulfillment of this vow becomes a model of utilizing perseverance in difficult situations.

Every great spiritual tradition of the world has clearly indicated pilgrimage centers. The Hindus journey to the source of the Ganges river and Mount Kailash. The Buddhist to the place of the Buddha’s enlightenment at Bodh-gaya. The Muslims go to Mecca. Christians to Jerusalem or Rome. The American Indians go on pilgrimage to the sacred mountains and valleys of their ancestors. Taoist climb the mountains of the five elements.

In pre-Christian Europe a pilgrimage route was traced, from all destinations in the continent, to the place where the ancestral spiritual tradition first entered the land. The pilgrimage to Finisterre – ‘The End of the Earth’ is Europe’s most ancient surviving pilgrimage. It was walked by the Druids and Celts and when Christianity became the dominant practice of the continent it was transformed into a Christian pilgrimage associated with the luminous spirit of the apostle Santiago.

The pilgrimage to Santiago de Compostela, at the tip of northern Spain, is an opportunity to tap into the treasure house of ancient European archetypal myth and symbolism. No one who walks the sacred route ever regrets it. On the contrary, the returning pilgrims are empowered with a clear sense of purpose, direction, as well as personal accomplishment. To be able to walk more than eight hundred kilometers, going from extreme rain to extreme heat while traveling light, becomes for many pilgrims the crowning achievement of a lifetime and a model for accomplishing great goals.

The pilgrimage redefines the limits of what one is capable of accomplishing. For a person with low self esteem, being able to persevere daily for a month or more, many hours a day, is a transforming experience serving as a model of how to reclaim one’s personal power.

On the road to Santiago one encounters from babies a few months old being carried by their parents to elderly people in their eighties walking slowly, all reaching their destination at their own pace. It is one of the few walking pilgrimages in the world that can be accomplished at any age. One also meets pilgrims who have completed the journey several times, and keep returning as a way of empowering stages of their lives with a clear sense of direction and purpose.

In the Workshop on pilgrimage we will learn the fundamental steps in the yoga of pilgrimage by concentrating on the rich archetypal symbolism of the road to Santiago. Like all the ancient teachings there is an open book of general understanding and a closed book of initiatic teachings concerning the thirteen energy gates of the journey. There are as well several levels in which symbols can be interpreted. In this class we will learn how to read the energy structure of a sacred place and interpret the symbolic clues left by the initiates that have gone before us. The best places for energy practices will be indicated together with the different techniques for opening the energy gates of Romanesque and Gothic structures.

Like any powerful energy practice, pilgrimage is an intimate personal experience oriented towards completing personal cycles and bringing to completion family karmic ties. This class will allow anyone to design a powerful pilgrimage journey along the ancient trail that reaches the most deep into the roots of the European psyche.

RESEARCH ON THE ROAD TO SANTIAGO

My interest in the Pilgrimage to Santiago de Compostela started twenty five years ago when I found a book illustrating the stages of the journey. Right then a wish was made to one day travel along such route. The cycle which was put in motion by that simple desire, gained momentum when I started to teach in Spain in the late 1980’s and began to meet people from Galicia, the province where Santiago de Compostela is located. From a group of young people I learned that my family name on my mother’s side of the family, ‘Cantero’, meant ‘stone worker building churches’.

For the last 14 years, with the help of many Spanish and French students, I have been researching the pre-Christian roots of the Santiago pilgrimage. Parallel with that has been research on the stellar relationships of the different places along the route. ‘Compostella’ means ‘Field of Stars’ and the route retraces a path along the constellations of the Milky Way from the center of the galaxy to the star Sirius. This is the path of transcendence followed by the luminous spirit after we leave the earth.

The energy of the Great Goddess is the divine feminine that lives within each of us. It is the Great Yin and maternal aspect of our being that expresses itself through our caring and nurturing nature.

It is the Earth Mother that has been neglected and is being destroyed through lack of communication with our inner feminine. It is through opening to our inner feminine caring nature that we are able to love ourselves and persevere in the energy practices which unfold our full potential.

Without activating our creative feminine aspect we cross trough the world acting in a mechanical way with a closed heart which leaves a trail of suffering and destruction.

One of the chief problems of modern energy practitioners is attempting to apply energy techniques in a mechanical way without ever awakening their nurturing nature. Enforcing the yang while starving the yin. In the great myth of Isis and Osiris, which is at the heart of the esoteric tradition of the west, it is the feminine the one that awakens the dead masculine.

It is through the efforts of Isis that the luminous spirit of transcendence is born in the form of Horus. The pilgrimage along the Milky Way toward the heart of Sirius-Isis is the path of contacting the feminine in order to set in motion the process of illumination ‘at the end of the earth’ in Finisterre.

This class will be an opportunity to focus on the path of the Creative Feminine; glimpse into the deep roots of the great tradition of honoring the Goddess, and perhaps become part of it by taking a great journey ‘beginning with one step’.

Juan Li began the yoga of pilgrimage in 1996, when he became 50, with the Taoist pilgrimage to eleven sacred mountains in China. In 1998 he walked 700 miles along the Celtic-Christian pilgrimage route of Santiago in Spain. In 2000 /2001 he did a seven-month-long Hindu pilgrimage to the four sources of the river Ganges in India.