as part of its plan to meet targets set in 2020 by the Virginia Clean Economy Act (VCEA). 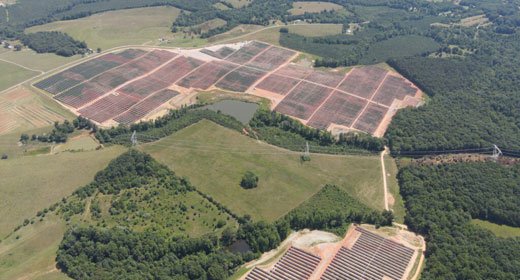 The law requires the utility to file an annual plan with the Virginia State Corporation Commission (SCC) outlining how it will meet key mandates to achieve 100% carbon-free status by 2050.

The plan filed with the SCC is the company’s second update since the VCEA became law. Appalachian Power said it intends to meet its VCEA targets primarily through investments in solar, wind, energy storage, and purchase of market renewable energy certificates (RECs).

The company’s short-term plans are to add nearly 500 MW of solar and wind power to the company’s renewables portfolio over the next three years. By 2040, the company expects to add around 3,300 MW of solar, 2,600 MW of energy storage, and nearly 3,000 MW of onshore wind to its current portfolio of wind and hydro resources.

Reports said that at the end of the third quarter of 2021 around 64.5% of the power generated or purchased by Appalachian Power came from coal. Natural gas provided another 19.1%, while wind and hydroelectric power made up the remaining 16.4%.

The largest project in the utility’s short-term plan would add 204 MW of wind energy to the company’s renewables portfolio. Located in Illinois, the project is expected to be operational in December 2024, and would represent Appalachian Power’s largest wind resource project to date. In the filing, the company seeks permission to recover the costs associated with the purchase of the facility.

The company’s short-term plans also include the purchase of a 150 MW solar facility in Pittsylvania County, Va. The company is seeking permission from the SCC to move forward with its intention to acquire the project, as well as regulatory approval to enter into agreements to buy the output of three Virginia solar facilities through power purchase agreements (PPAs). The three solar facilities would add around 89 MW of capacity to the company’s energy supply.

In addition to the nearly 500 MW in solar and wind projects outlined by the company, the plan includes 55 MW of separate solar projects that are or will be in service in the coming months. In its filing, the company is seeking to include in rates the costs associated with these projects and the Amherst solar energy project, as well as market REC purchases that is said are necessary for annual compliance.

The company is considering adding energy storage to improve reliability for customers who receive power from the company’s Glade Station – White Top circuit in southwest Virginia. The utility said that energy storage would improve reliability by providing a back-up source of power when an outage occurs. Although included in the filing, the project is still in the planning stages.

The utility said that customer bills are expected to increase as the company adds more renewables to comply with the VCEA’s requirements. If approved as requested, residential customers using 1,000 kWh a month would see an approximate $2.37 increase in their monthly bill.

Appalachian Power has 1 million customers in Virginia, West Virginia and Tennessee (as AEP Appalachian Power). It is part of American Electric Power, which is focused on building a smarter energy infrastructure and delivering new technologies and custom energy solutions.

In October, the utility added 20 MW of solar power through a PPA with Leatherwood Solar, a solar generation facility in Henry County, Va. developed by Energix Renewables.

Renewable Energy World’s content team members help deliver the most comprehensive news coverage of the renewable energy industries. Based in the U.S., the UK, and South Africa, the team is comprised of editors from Clarion Energy’s myriad of publications that cover the global energy industry.