Buddhism And Psychedelics: The Other Side Of Enlightenment

by Katie Stone: In a world where we are constantly searching for spiritual support, it is not surprising that many people turn to religious disciplines like Buddhism… 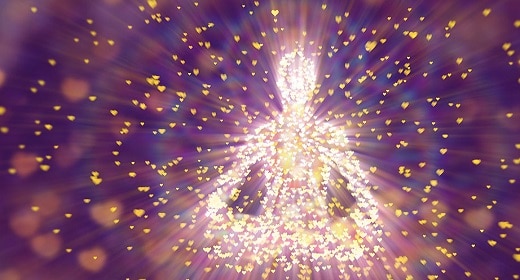 There is often some confusion around Buddhism’s stance towards drugs and psychedelics. In this article, we will talk about how Buddhism influenced psychedelic culture during the 1960s and 1970s and how many early psychedelic researchers draw from their interpretations of Buddhism.

One of the most important studies in early psychedelic research was The Good Friday Experiment. The intention was to determine whether psychedelics could act as genuine entheogens and induce spiritual experiences. Walter Pahnke conducted this study, and it took place at Boston University on Good Friday, April 20th, 1962. The experiment involved giving ten Protestant divinity students psilocybin, a psychedelic compound produced by over 200 species of mushrooms, or an active placebo before they attended the Good Friday service in Marsh Chapel.

Indeed, the result of the experiment showed that psychedelics could have a profound effect on the religious experience. Inspired by this, some researchers wondered whether meditation was similar to psychedelic experiences, mindstates, or spiritual ideas.

In recent years, meditation has become widely popularized as a form of secular mindfulness practice meant to help people focus their attention and awareness on the present moment. However,  meditation finds its roots as a spiritual discipline. Meditation is an integral part of Buddhism, and it is often used as a tool to help practitioners approach enlightenment consciousness known as samadhi.

Meditation comes in various forms and is considered fundamental on the Buddhist path to awakening and liberation. For some people, meditation entails sitting with their eyes closed for an extended period of time while quieting the mind, focusing on the breath, and observing one’s thoughts. Others meditate by chanting a mantra or prayer, using the repetitive sequence of words as a way to calm and focus the mind—though there are many other methods available.

The Four Noble Truths are the most fundamental teaching of Buddhism. The first truth is that life involves suffering, which includes physical and mental pain as well any time we feel unsatisfied with our lives or unfulfilled by what’s happening around us at a given moment.

The Noble Eightfold Path consists of a set of principles that Buddhists should follow to find liberation from suffering and live in peace, which includes the following: Right View (understanding reality), right intention or motivation behind our actions; right speech; right livelihood; right mind; and, samadhi, an expanded state of consciousness we might translate as embodied and enlightened.

For most Buddhists, there is no room for using psychedelic or inebriating drugs of any kind, sacramental or not, because they are seen as a form of earthly attachment. While for a growing minority, there is room for using psychedelics to understand that they can be used to help end suffering and live more peacefully by letting go of attachments — and they can be a tool for experiencing unitive, samadhi consciousness.

To some extent, psychedelics can serve as training wheels for the actual bike ride, which is a non-dualistic reality. They can help one tap into an embodied and integrated yet expansive and peaceful way of being. Then, by cultivating a meditative practice and following the Noble Eightfold Path, one can learn to integrate that consciousness into their daily lives. Living with this practice, people may feel more at peace with themselves and the world around them.

The use of psychedelics in Buddhism is not a new idea. The earliest mention comes from the Vedic texts, which describe soma as an entheogen that priests and kings used to enter into higher states for spiritual purposes. While there may be evidence and references that point to the ancient use of psychedelic sacraments in Buddhism, most present-day Buddhists do not use psychedelics to seek enlightenment.

Research on meditation and psychedelics

Researchers have studied the effect of psychedelics on the brain, showing that they work similarly to meditation. In one study, researchers found that psilocybin, the active ingredient in magic mushrooms, can reduce depression and anxiety by acting on the same brain receptors when someone meditates or practices mindfulness techniques like yoga breathing exercises.

In another study, long-term meditators’ brains were observed and shown to have a thicker prefrontal cortex, which is the part of our brain that regulates emotions. The researchers found this to be true in both meditators and people who had taken psychedelics like LSD or psilocybin mushrooms at least once before.

Meditation and psychedelics can create similar brain states and have similar effects on the brain, but researcher Roland Griffiths says that psychedelics are like meditation on steroids. Psychedelics are not a substitution for meditation. However, mindfulness meditation can be used to enhance the benefits of psilocybin. So it makes sense that the teachings of Buddhism are also especially helpful for integrating psychedelic experiences and preparing for them.

Psychedelics and the Tibetan Book of the Dead

The Tibetan Book of the Dead, or the Bardo Thodol as it is traditionally called, is a guidebook that details instructions for navigating consciousness in the liminal space between death and rebirth. It was originally written in Tibetan and translated into English by Walter Evans-Wentz with psychologist Carl Jung’s commentary to help Westerners understand it better.

The book is divided up between different stages that one goes through as they die. These three stages are similar to the states of ego-dissolution or ego-death that people encounter during mystical or religious psychedelic experiences.

Timothy Leary, Ralph Metzner, and Richard Alpert were all engaged in psychedelic research through Harvard Psilocybin Project in 1960-62, including The Good Friday Experiment. They co-authored The Psychedelic Experience in 1964, which is based on the Tibetan Book of The Dead. The Psychedelic Experience was constructed as a manual for conducting psychedelic sessions in an intentional way that would lead people through ego-dissolution and towards mystical experiences that could produce spiritual insights about life after death. To some degree, it can be viewed as a type of psychedelic harm reduction, helping people stay safe while navigating unfamiliar terrain.

Eventually, Richard Alpert moved to India and became Ram Dass, a guru to many Westerners seeking spiritual enlightenment beyond a momentary psychedelic experience. Alpert shared a hefty dose of LSD with his guru, Maharajji, and was surprised the psychedelic drug had no effect. The lesson was that an entheogen might give a glimpse of divinity, but that spiritual practice allows one to live in divinity. With this insight, psychedelics took a backseat to spiritual discipline for Ram Dass, who devoted his life to teaching up until he died in 2019.

Metzner went on to be more of a sage, publishing many texts on psychedelics and spirituality up until his death in 2019. And all the way up until he died in 1996, Leary was a staunch advocate of developing one’s own personal spirituality — and causing a raucous while you did it. A trickster, a guru, a sage, all inspired by the intersections of psychedelics and Buddhism.

The Best Books on Psychedelics and Buddhism

Zig Zag Zen: Buddhism and Psychedelics — is an anthology about  Buddhism, psychedelics, and the spiritual quest. It is a collection of essays by Buddhist teachers from all over the world and psychedelic practitioners who have studied Buddhism in-depth for many years.

Altered States: Buddhism and Psychedelic Spirituality in America — is authored by Douglas Osto, who has studied the intersection of Buddhism and psychedelics for over three decades. This book is a comprehensive history that explores the relationship between Buddhist spirituality and psychedelic drugs in America from 1950 to the 2000s, emphasizing how it has changed since then.

Secret Drugs of Buddhism: Psychedelic Sacraments and the Origins of the Vajrayana — is authored by an ordained lama in the Kagyud lineage, Mike Crowley, who explores the use of sacramental psychedelics in Buddhism. This book is a comprehensive history that examines how Buddhist spirituality and psychedelic drugs have been intertwined for centuries, emphasizing what this means today.