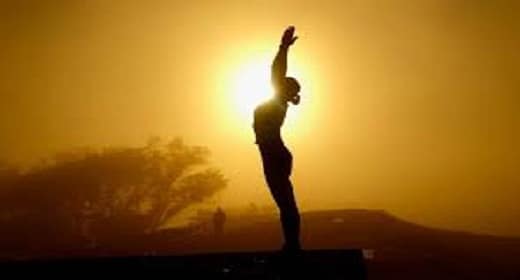 The practice of ‘bone breathing’ developed in the context of the yogic procedures for developing higher consciousness and opening the highest human potential.

They are considered a branch in the vast tree of Taoist energy practices and have as a trunk the meditative practices for calming the mind. As the human body ages it is subject, like all energy processes, to the laws of change and decay. This is specially true in the case of the human skeleton.

The bones in our skeleton are the most dense and solid aspect of our body. As solids they have a microstructure which is basically crystalline with the property of absorbing and transmitting the energies radiated by the Earth and the rest of the universe. The ancient Taoists understood the human skeleton as an antenna channelling the necessary energies to sustain life and at the same time serving as a communication medium for broadcasting energy frequencies through the structure of meridians and vital organs.

The concept of the skeleton as a dynamic energy structure forced the Taoists to develop ways to maintain the bones in optimum shape and prevent the natural process of decay from taking place.

When we are born our bones are dense and heavy with red marrow. The high density of the bones is what accounts for the heavy feeling of babies when they are held in the arms even when not physically fat. As we age there is a progressive loss of bone mass, due to improper diet and lack of physical exercise. The red marrow is progressively replaced by a white marrow resembling fat. The reduction of red marrow may be accompanied also by a progressive reduction in the density of the actual bones, rendering them more porous and frail. At this stage it is not unusual that an aged person fractures the bones easily through a simple fall.

Older people with frail bones feel very light when lifted up in relation to their body size. The loss of bone mass, medically known as osteoporosis, affects millions of people in the developed countries and in the last decades has reached a great deal of attention through specialized studies trying to find an effective remedy.

One of the most common treatments involves taking calcium supplements or hormone replacement therapy. The practice of bone breathing is capable of arresting the loss of bone mass and with continued practice begin to replace bone mass and red marrow through a process the ancients called `bone marrow washing’.

This simple action activates a very powerful law of energy work that states that any place in our bodies we place our attention a flow of energy is generated in that direction. By moving the attention from the tip of a the index finger to the wrist over and over again warmth, tingling, heaviness or subtle vibration of the finger may be experienced. The warmth or heaviness that may follows is an indication that the exercise is generating energy flow within the bone.

One of the basic tenets of Taoist medicine is that if there is good flow there is health, and when energy flow is reduced illness appears. From the finger the practice may be continued to the rest of the fingers and gradually up the arms, up the legs and the rest of the skeleton.

The practice of bone breathing was introduced into the Western world by the Taoist teacher Mantak Chia back in 1983. One of the first students was a middle aged woman residing in Los Angeles, California who was losing bone mass in her spine at an alarming rate. She was under the care of several specialists who had been unable to arrest the bone loss. The predicted outcome of her illness would be an spinal collapse threatening the nervous system and bringing paralysis or early death.

As soon as she heard about bone breathing she enrolled in a class and began a daily routine of 3 hours of continuous exercise bringing subtle breath to the bone marrow. Since the skeleton is considered an antenna the most efficient way of practicing bone breathing is standing up in a special posture that allows the complete skeleton to be aligned in the most efficient way with the flow of universal energies.

Within six months of practice she not only arrested bone mass loss but also began reversing the process and gained some 10% of the mass back. The doctors who had been treating her were at a loss to explain the reversal. Within three years of continued practice she began to appreciably regain bone mass and at the end of five years had replaced 100% her bone mass without indications that there had ever been osteoporosis.

This case is not an isolated one, since the 1980’s similar cases have been reported by practitioners in different countries in Europe and the Americas. Bone breathing has been successfully used also for accelerated healing of broken bones and torn ligaments. An important condition in bone breathing practice is being able to feel the area being worked with the attention.

The ancient Taoists have left us the maxim that says that `The practice of the Tao begins with feeling’. Without feeling the practice may degenerate into being just a mental exercise unrelated to the bones. Bone breathing is not only for those repairing bones, as mentioned earlier, the Taoists developed these practices for opening the human potential to its maximum. One powerful effect of bone breathing sessions is the ability to calm the mind and arrest the current of internal talk which goes on constantly. It also brings a profound sense of relaxation and openness that aids in resolving muscular tension and stress.

From healing the bones the Taoists went on to utilize bone breathing as a means of absorbing the subtle energies of trees, rivers, sun, moon, and stars. For contemporary people, bone breathing offers the possibility of maintaining healthy bones regardless of age while at the same time delighting in the ocean of calmness that it brings as a fruit of practice.

Sit comfortably and place the extended arms on your lap. The palms of the hands are open and the fingers relaxed. Inhale gently through the nose in the direction of the abdomen and then exhale deeply all the way from the abdomen. Do this several times mentally letting go of tension with each exhale. Bring your attention to the tip of the index finger of the left hand.

2. Breathing with your fingers, hands and arms

The next time you take your normal breath, simply let you attention run slowly from the tip to the base of the finger. As you exhale normally through the nose let the energy stay in the finger and return your attention to the tip of the finger. Repeat again the procedure with the next breath. As a sensation of heaviness or warmth develops in the left index finger compare it with the right index finger where you have not done any bone breathing yet. This will help develop the ability to feel more deeply and identify the sensation bone breathing brings. As the left index finger becomes warmer or heavier continue the same bone breathing procedure with the rest of the fingers of the left hand, either one by one or all the same time.

3. Breathing with your toes, feet and legs

For bone breathing through the feet it is best to remove the shoes and any tight clothing and guide your awareness up the toes, either singly or together up to the ankle.

4. Breathing up your spine

For breathing up the spine begin at the tip of the sacrum and run your awareness up the spine higher and higher until you reach the base of the neck and the same feeling of warmth and heaviness is developed.

As the practice progresses and the body relaxes the gross breath through the nose may become more and more subtle. Do not try to force back to gross, rather let it stay subtle and calm.

5. Breathing with the whole body

Continue to guide your attention up the bones. Eventually it is possible to have the whole skeleton doing bone breathing, that is including the teeth. As practice develops try to breathe through the whole body at once, like a sponge.

If more specific knowledge of the bones is desired then it is advisable to work with a anatomical chart of the skeleton to guide the energy with more precision.