Supporting Someone In Spiritual Emergency

by Emma Bragdon, PhD: As increasing numbers of people are experiencing a spiritual crisis, it is important to know what it is, how to manage it personally, and how to effectively support someone else… 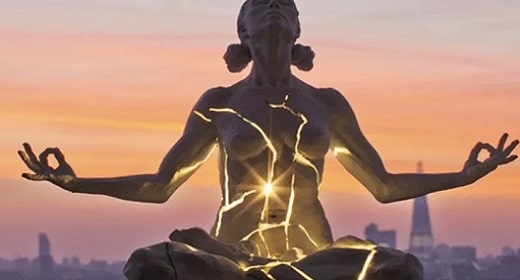 “Spiritual emergency” has been called an indicator of an “evolutionary crisis.” The crisis can last for moments, days, or even years. It can occur when someone becomes disoriented by intense spiritual experiences, like a psychic opening, or extraordinary rushes of energy from kundalini that may feel like light rushing through you, opening areas of the mind and body that have been closed. The crisis can be caused by stress due to loss, psychedelics, empathogens, intensive yoga workshops and retreats—even travel to unfamiliar lands. “Spiritual emergence,” by contrast, is a gradual process of spiritual awakening usually aided by prayer, meditation, yoga, martial arts, study of spiritual texts, and the guidance of qualified spiritual teachers, as well as one’s own desire to grow.

A true story: Ann is a middle-aged, licensed social worker and trainer with a history of consistent wellness. She’s in a stable, long-term marriage with a nice home and teenage son. She became profoundly disturbed suddenly in 2018 with memories of childhood trauma and was confused, “Were they real? Did that really happen?” Alternating with these dark visions, at times she felt deeply connected to God and began channeling loving, instructive messages from God. It was a jumble. Hospital staff in the psychiatric ward where she had been placed for weeks concluded she was having a psychotic break and needed to take anti-psychotics to stop the intense inner experiences. No one in the ward had the time or the skills to sit with her to sort out what was real in her story and validate the deep connection she felt with the Divine. It took two years before she found a support team to help her regain her balance and sort out her story, and help her evaluate her spiritual experiences. She came to understand she was not a mentally ill person but a person with a difficult childhood who also had psychic gifts that could be helpful to herself and others. She withdrew from medication under supervision of a psychiatrist skilled in helping someone in spiritual emergency. She’s now at home, gainfully employed, content, and grounded in an empowered identity.

Ideally the outcome of both emergency and emergence is more peace, wellbeing, more wholeness, and a desire to be in service to others and the planet. Ann is reaching that. Unfortunately, when someone gets scared by the radical changes in body and mind that can occur, they may well end up in an emergency ward with a diagnosis of mania or psychosis. Well-meaning healthcare providers may perceive them as mentally ill because most providers have not been trained in how to manage spiritual emergency. They don’t know how to respond when someone says something like “I feel light streaming through my body. I’m losing the sense of who I am, who I have been. Who am I really and what’s my real story?”

In 1980, the psychiatrist Stan Grof and his wife Christina started the Spiritual Emergency Network to offer contact information to professional helpers who were skilled in helping people manage spiritual crises. Their compassionate initiative generated other such networks around the world. Now an International Spiritual Emergency Network lists contact information for all of these centers and offers essential advice via downloadable materials.

Finding a support team within one’s neighborhood can be more challenging—Ann’s team came from Delaware, Maine, and Vermont. There is no universally accepted name for a person trained to help in spiritual emergency; so, how do you find them? Individuals searching for such people often turn to online Facebook groups, or websites like SpiritualEmergenceAnonymous.org—but they are generally not facilitated by healthcare providers who are trained. Instead, they offer peer support. Fellowship with other experiencers can be affirming and helpful but may not be as trustworthy as having consultation from someone knowledgeable about mental health as well as the phenomena of spiritual emergence. In Ann’s case—this was vital.

Ann and people like her may be signs of human evolution. Ann now says, “Everyone is capable of direct communion with God. Everyone can have the joy that comes from that.” Increasing numbers will be challenged by experiences similar to Ann’s, that include profound questions of identity. Just as we learn some first aid early in life in order to help family and friends, perhaps it is becoming important for everyone to learn something about how to support someone in spiritual emergency—at least to recognize the symptoms and give appropriate links to qualified support.