by Caroline Myss: Scientists, physicians, and psychologists who have researched the relationship between stress and illness have concluded that the ability or inability to forgive affects the outcome of serious illness… 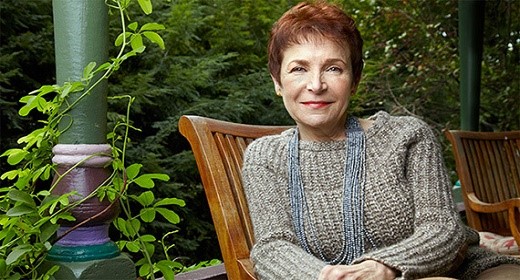 People who have a forgiving nature increase their chances of recovery.

Forgiveness is a mystical, not a logical, command. It makes no sense to the reasoning mind, because the reasoning mind is incapable of forgiveness. Genuine forgiveness is a self-initiated mystical act that requires the assistance of grace to release you from the compulsive and often self-righteous chatter of the ego, which continually enforces a position of entitled anger or hurt.

Forgiveness is not the act of releasing the aggressor, though it is usually interpreted this way. Nor is it a way of telling others that what they have done is “okay” with you and “all is forgiven now.” Neither of those interpretations even come close to the mystical essence of forgiveness, which is fundamentally between you and God. A genuine act of forgiveness takes place in the inner landscape where your disappointed, hurt, abused, or angry ego confronts your soul, which holds to a cosmic template of justice. The ego wants to hold another person responsible for why certain events in your life turned out as they did or for why you were hurt or treated unfairly. We always want justice to serve us and not the “other”, which, of course, means we always want to be right.

Ultimately, forgiveness is a battle between the righteousness of your ego and your capacity to transcend whatever situation you’ve experienced that has shattered the following myths that maintain that suffering is deserving of recognition, reward, or righteous vengeance:

We can’t forgive others when these myths fail us, and they do fail us through the relationships and events that make up the tapestry of our lives. Understanding the essence of forgiveness is one of the most deeply healing and liberating gifts you can give to yourself.

From a cosmic perspective your life is far more complex than you can measure by the influence of one or two relationships. There is a higher law that rules the spirit, a mystical law that holds no allegiance to the laws of religion.

Reach deep into your soul and surrender to that which your ego cannot comprehend. The greatest challenge is to forgive those who you could so easily justify retaliating against, for when is your mind so clear of illusions that you truly grasp why events happen as they do?

The mystical truth is that forgiveness has nothing whatsoever to do with the person you are forgiving; it is a self-initiated act of transformation In which you release yourself from a level of consciousness that binds you to the illusion that you are safe and protected in a world of chaos and that your God is the only God of justice and fairness for all humanity.

The fairness of the divine is in the equality of chaos and in our capacity to do evil to each other, as well as in our capacity to release each other from hell. Forgiveness is an act so powerful that a resurrection of the inner self does indeed occur, because you are retrieving your spirit from the dead zone of past traumas and unfinished business.

What you can do:

Pray for the grace to forgive, and be ready to act on that grace. Let it melt through traumatic memories and do your best not to fight the meltdown, because it will happen, and when it does, refer to the power of wisdom of the other laws for support.