Can Mindfulness Change How We Interpret Emotional Situations?

by Misty Pratt: When we’re facing uncertainty, mindfulness skills may help us to interpret situations as more positive than negative, a recent publication shows… 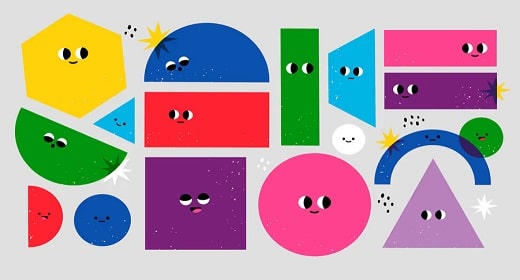 Throughout the day, our brain must interpret the meaning of many kinds of emotional, physical, and social stimuli. Research in the field of psychology has found that people tend to have a default negative reaction to these cues, especially when it isn’t clear if a situation is positive or negative, or when the information we’re receiving about the world around us is continuously changing.

Nicholas Harp from the Psychology Department at the University of Nebraska-Lincoln says that our appraisal of stimuli or events is what we call our valence bias, which he explains “really refers to whether you tend to see these kinds of emotional ambiguities or uncertainties in a more positive or negative light.” Harp says that individuals who have a negative valence bias are at a greater risk of developing symptoms of mood and anxiety disorders.

The good news is that it may be possible for us to reduce our tendency toward a negative bias, and shift to a more positive interpretation of uncertainty. One of the ways that researchers believe we can achieve this change is through mindfulness practice.

A Look at the Mindfulness Literature

The number of articles published on the effects of mindfulness has grown exponentially in recent decades and has revealed the significant benefits that mindfulness-based interventions can have for our ability to feel and express our emotions. The Mindfulness-Based Stress Reduction program (MBSR) in particular has been well studied and demonstrates that mindfulness can improve our overall psychological well-being.

However, there are some limitations with this data. One problem is that studies have mainly focused on short-term outcomes of the MBSR program and have not assessed the long-term impacts beyond the end of the intervention. This means we don’t know whether participants will continue to practice mindfulness or gain any further benefits once their course is over.

The other problem is that researchers rely on self-report measures, which could mean that participants alter their responses based on how they think the researchers want them to answer. “[They might think] ‘I’ve been doing this mindfulness practice, so maybe I should say that I’m feeling less sad,” says Harp. With co-authors Jonathan Freeman and Maital Neta, Harp recently published a study that addresses these two limitations in the mindfulness literature.

The number of articles published on the effects of mindfulness has grown exponentially in recent decades and has revealed the significant benefits that mindfulness-based interventions can have for our ability to feel and express our emotions.

Harp tracked a sample of 58 MBSR participants through five different sessions, which were designed to assess the effects of a long-term mindfulness intervention on the appraisal of emotionally ambiguous stimuli. In this study, the ambiguous cue was a picture of a surprised facial expression, something that could be construed as either positive (like the face we make when someone throws us a surprise party) or negative (like the face we make when we’ve witnessed a car accident).

In the sessions, participants viewed images on a computer screen of female and male facial expressions including angry, happy, and surprised, and were asked to rate whether the faces were positive or negative. Researchers assessed how long it took for the participants to answer, and how they were navigating their mouse to choose a response. Participants also completed a color-rating task to help the researchers assess whether mindfulness was making people more decisive in general, which means a participant would be quicker to decide whether a color was clearly red or blue (versus varying shades of purple to represent ambiguity).

In addition to the analyses of the facial and color tests, the researchers also had participants fill out the Five Facet Mindfulness Questionnaire, which measures the five skills that mindfulness practice can build: observation, description, aware actions, nonjudgmental inner experience, and non-reactivity. Harp says that they wanted to discover whether any of these components were related to the participants’ valence bias at the end of the training.

Mindfulness May Change How We Interpret Emotional Situations

“Over the eight-week period, and even after the class ends, there’s this shift toward a more positive bias,” says Harp. And the shift was more apparent in the participants’ assessment of the surprised faces, rather than the consistent responses the participants gave for the happy or angry faces.

The study compared these participants to two inactive control groups, who also did the facial tests but were not participating in an MBSR program. What they found was that participants’ bias in the control samples didn’t change over time, which further confirms that the effects they observed in the MBSR group were due to the mindfulness training.

Harp says that his team didn’t find any short-term effects from a single MBSR class, though other research has found that a 15-minute mindfulness session can have an impact on negativity bias. In Harp’s study, participants were all novice meditators, so he says that it’s possible that the initial stress of learning a new skill may have counteracted any shift in bias.

Allowing your feelings to come and go and take time with them [means] that you’d be able to let that first negative response happen, be with it, and then say ‘Ah, this could also be positive.’

Out of the five facets of mindfulness, the component of “non-reactivity” was significantly linked to a more positive bias. “Allowing your feelings to come and go and take time with them [means] that you’d be able to let that first negative response happen, be with it, and then say ‘Ah, this could also be positive,’” says Harp. “Shifting this emotional bias may be a path through which mindfulness training reduces those depression and anxiety symptoms.”

In addition to the cognitive aspect of emotional appraisal (what we think about the world around us) there is also a physiological component of non-reactivity. Could mindfulness practice affect the way our bodies react to internal stimuli? For instance, we could interpret a racing heartbeat to mean we’re panicking, or as a way for our bodies to increase blood flow and provide us with more energy. Although this study did not use physiological measures such as blood pressure or inflammatory biomarkers, Harp says that this is a direction that he’d like to explore in the future.

If mindfulness helps us to respond to both our internal and external world with more positivity, it is likely to have a long-term impact on the way we approach challenging situations—and that’s something that could benefit us all.