Got Food Cravings? What’s Living In Your Gut May Be Responsible

Eggs or yogurt, veggies or potato chips? We make decisions about what to eat every day, but those choices may not be fully our own… 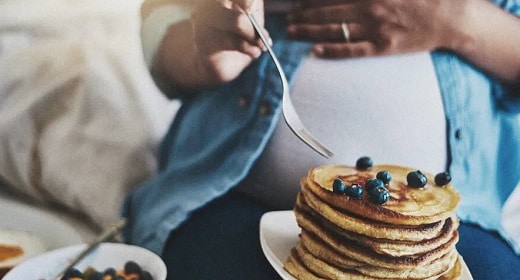 New University of Pittsburgh research on mice shows for the first time that the microbes in animals’ guts influence what they choose to eat, making substances that prompt cravings for different kinds of foods.

“We all have those urges — like if you ever you just feel like you need to eat a salad or you really need to eat meat,” said Kevin Kohl, an assistant professor in the Department of Biology in the Kenneth P. Dietrich School of Arts and Sciences. “Our work shows that animals with different compositions of gut microbes choose different kinds of diets.”

Despite decades of speculation by scientists about whether microbes could influence our preferred diets, the idea has never been directly tested in animals bigger than a fruit fly. To explore the question, Kohl and his postdoc Brian Trevelline (A&S ’08), now at Cornell University, gave 30 mice that lacked gut microbes a cocktail of microorganisms from three species of wild rodents with very different natural diets.

The duo found that mice in each group chose food rich in different nutrients, showing that their microbiome changed their preferred diet. The researchers published their work today in the Proceedings of the National Academy of Sciences.

While the idea of the microbiome affecting your behavior may sound far-fetched, it’s no surprise for scientists. Your gut and your brain are in constant conversation, with certain kinds of molecules acting as go-betweens. These byproducts of digestion signal that you’ve eaten enough food or maybe that you need certain kinds of nutrients. But microbes in the gut can produce some of those same molecules, potentially hijacking that line of communication and changing the meaning of the message to benefit themselves.

One such messenger will be familiar to anyone who’s had to take a nap after a turkey dinner: tryptophan.

“Tryptophan is an essential amino acid that’s common in turkey but is also produced by gut microbes. When it makes its way to the brain, it’s transformed into serotonin, which is a signal that’s important for feeling satiated after a meal,” Trevelline said. “Eventually that gets converted into melatonin, and then you feel sleepy.”

In their study, Trevelline and Kohl also showed that mice with different microbiomes had different levels of tryptophan in their blood, even before they were given the option to choose different diets — and those with more of the molecule in their blood also had more bacteria that can produce it in their gut.

It’s a convincing smoking gun, but tryptophan is just one thread of a complicated web of chemical communication, according to Trevelline. “There are likely dozens of signals that are influencing feeding behavior on a day-to-day basis. Tryptophan produced by microbes could just be one aspect of that,” he said. It does, however, establish a plausible way that microscopic organisms could alter what we want to eat — it’s one of just a few rigorous experiments to show such a link between the gut and the brain despite years of theorizing by scientists.

There’s still more science to do before you should start distrusting your food cravings, though. Along with not having a way to test the idea in humans, the team didn’t measure the importance of microbes in determining diet compared to anything else.

“It could be that what you’ve eaten the day before is more important than just the microbes you have,” Kohl said. “Humans have way more going on that we ignore in our experiment. But it’s an interesting idea to think about.”

And it’s just one behavior that microbes could be tweaking without our knowledge. It’s a young field, Kohl points out, and there’s still lots to learn.

“I’m just constantly amazed at all of the roles we’re finding that microbes play in human and animal biology,” Kohl said.