Healing The Death Within Us – Alberto Villoldo

by Alberto Villoldo: All of us have felt haunted by death at one time or another… 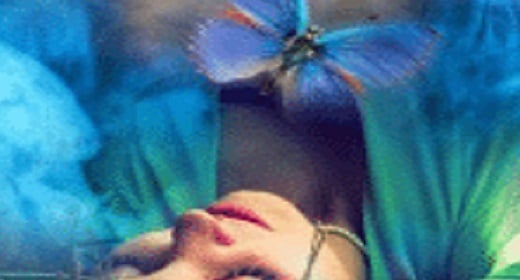 Sometimes all we see before us, behind us, to one side and then the other is death. For the shaman this can be a calling to initiation, and we are fortunate when we can have such an experience before our physical death arrives.

The danger is when we do not allow ourselves to die symbolically and be reborn, and instead become lost in a gray, forbidding place between worlds. Then the shaman must do a soul retrieval for his client to coax that soul part back so that the person may become whole and live fully once again. Part of the soul retrieval process is to renegotiate a new agreement with Spirit, exchanging ancient vows and toxic promises for more life-affirming contracts.

The soul retrieval journey took Jean back through her years in a convent to a time long ago, buried deeply within her and forgotten. Mysteries of a lifetime unraveled, testing her sense of reality but not her faith. Jean did the unthinkable and requested a dispensation from her Final Vows made with all sincerity for life, believing she was being guided by the Holy Spirit. She could take off her religious habit and return to the world, but could not divest herself from suffering so easily.

A distorted ennobling of suffering had been part of her familial legacy, passed down from generation to generation. On her deathbed, Jeans beloved grandmother had taken this theme of suffering to a new level. Standing beside her grandmother, next to the priest with his anointing oils, Jean received these last words: “Jean, your arms are outstretched on the cross with Jesus. You will help souls by your suffering. You are chosen – special.”  The heaviness of it weighed on Jean’s soul and oppressed her spirit.

During a soul retrieval, in the chamber of wounds, there appeared a dungeon-like room with a brass crucifix. On the bed was a slight figure, Sister Francis, the wounded one – a vessel of suffering. Building a fire of transformative light, Jean and Sister Francis brought out of the shadows all the wounds that had become like connective tissue for the soul of Sister Francis:  pain, humiliation, loneliness, depression, the unknown, judgments, whispers, groundless guilt, sterile solitude, the sheer void. As the wounds were consumed by the fire, Sister Francis’ sick room became a place of healing.

Sister Francis, that part of who Jean was before divesting herself of her habit, acknowledged that the misery, rumination and scraping of wounds had to end for Jean to be able to get back to the original beauty of her soul, and for her to heal.

As effective as shamanic practices are, healing should not be seen as an intervention but as a journey. Jean’s work was not over after her retrieval of Sister Francis and burning her wounds in the fire. There was more to be done. Healing takes place on many levels, and sometimes the body lags behind the mind and the mind behind the soul. Jean’s attitude toward suffering could change, but that didn’t mean the end of illness or disease for her.

If you would like to find out more about Jean and all the work we did together, read more about her story in “The Shaman’s Book of Living and Dying: Tools for healing Body, Mind and Spirit.”