by Kevin Dickinson: Is college worth it? This question may seem a no-brainer, but there are many reasons why it is worthy of serious deliberation. 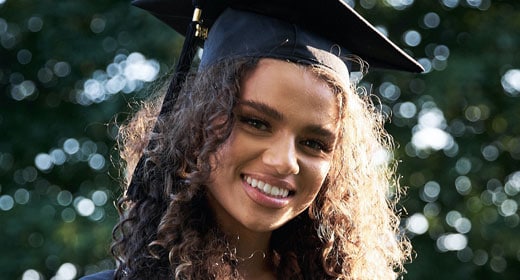 Is college worth it? For many, the answer is a no-brainer: Of course it is!

The college degree has become the totem of the middle class and a prerequisite for social mobility. To not earn one, the common knowledge goes, is to throw your life away. Even asking the question aloud is enough to send starchy parents and career coaches into fits of worry.

But as with any prescription, treating college as a universal cure-all has its dangers. College isn’t for everyone, and discovering that it isn’t for you can be an expensive and time-consuming lesson. Thirty-six million Americans have some college education but no degree, and those that borrowed money to attend, as many do, must still pay back their loans. Universities do not come with a satisfaction guarantee, let alone a money-back one. In fact, the opposite is true.

That makes college a sort of gamble — especially for low-income students who lack the familial safety net of their upper-class peers. Given that a quarter of low-income students leave by the end of their second year, it’s also not a bet one wants to make haphazardly.So, it’s not contrarian to wonder if college is worth it for you. Answering that question can be a difficult task, one that requires you to carefully consider your present situation and future goals.

To help you start that discussion — either for yourself or with your parents or a loved one — here are three reasons why college is absolutely worth it: the money, the investment, and the education. And, incidentally, those are the same three reasons you may want to avoid college.

College is (not) worth it for the money

Let’s start with the stressor supreme of college life: the price tag. Rising tuition costs have been outpacing the median income for decades. The reasons for this are numerous but include state funding cuts, a massive increase in demand, the bankrolling of new student services, and bloating administrative compensation. The outcome is that today’s students are making up the difference. And they are doing so by taking on debt.

Now, it’s worth taking a breather here and remembering that headline writers feast on the most sensational (and therefore clickable) samples of reality. If you place those large numbers into their much larger context, the crisis is a little more subdued.

Yes, some graduates will wrestle with exorbitant loans throughout their lives, but the mean student debt across all borrowers comes to about $39,000. Many graduates cover a bill of less than $20,000, and states such as California, Washington, and Utah maintain low student debt averages. That makes the cost of a bachelor’s degree comparable to — if not less than — a new car on average. And while that $1.7 trillion figure is eye-catching, it’s but a pothole compared to America’s debt chasm: mortgages, which account for a stupefying $15 trillion of outstanding debt.

Even so, you’re probably worried about college debt for the same reason you don’t have a shiny new WRX GT parked outside. The monthly payments are a financial strain. The average monthly student loan payment sits at several hundred dollars, and meeting that means sacrificing more than the occasional night out. For college graduates who haven’t established themselves in the labor market, it can be the difference between making ends meet or not.

Yes, there’s a scrum of payment options, each sporting an obliging name such as deferred payments and income-driven repayment plans. But it can take years to cement oneself in a quality position in the best of job markets. All the while, if you aren’t paying down those loans fast enough, they may be ballooning with interest.

As the Department of Education concluded in a recent fact sheet: “Today, college remains the greatest driver of socioeconomic mobility in America, but if we don’t do more to keep it within reach for middle-class families and those striving to get into the middle class, it could have the opposite effect.”

College is (not) worth it for the investment

For the money, you receive an education and a degree. More than that, you get an investment in your future, and like any investment, there’s an associated risk. According to the Federal Reserve Bank of New York, roughly 34% of college graduates are underemployed, meaning they work jobs that typically don’t require a college degree.

Again, it’s worth reading that figure in context. It’s not saying these jobs lack dignity or a livable wage. They may be professional gigs that pay well. But those graduates may have secured such employment without spending the time or money to acquire their degrees.

However, as far as investments go, college is hardly buying penny stocks through Jordan Belfort. College is one of the safest bets you can make, one that delivers across a lifetime. According to the Bureau of Labor Statistics, bachelor’s degree holders are twice as likely to be employed than those with only a high school diploma. They also earn more money, taking in median weekly earnings of $1,305 in 2020 (compared to $781 for diploma earners). And that adds up over a lifetime. Men with a bachelor’s degree will earn roughly $900,000 more than their peers holding only a diploma. For women, the difference is $630,000.

Of course, your choice of major influences those numbers a lot. Degrees in engineering, science, computer science, and economicstend to earn significantly more than those in the arts, education, literature, and psychology. But even those degrees beat a high school diploma on average.

Let’s take a moment to squash the billionaire dropout myth. Yes, outliers like Bill Gates and Mark Zuckerberg dropped out of college to earn billions. But beyond being talented and capable self-learners, both men came from well-to-do families, went to Harvard, and used their Ivy League networks to jump-start their businesses.

For the vast majority of college dropouts, the back-of-the-book blurb is far less rosy. “Someone in this group is 70% more likely to be unemployed and over four times more likely to default on their loans. On average, this group also earns 32% less than college graduates. Far from tipping the scales of outrageous wealth, college dropouts are barely getting by,” Mike Colagrossi reports.

College is (not) worth it for the education

So far, we have taken the narrow view of college’s value proposition: money. But the third reason college is (or isn’t) worth it is not so material: education and the value it brings to your life.

Many colleges design their undergraduate curriculum toward a liberal education, one that samples from a range of disciplines such as the humanities, sciences, and social sciences. As described by Mark Montgomery, founder and CEO of Great College Advice, the purpose of a liberal education is to introduce “students to a wide variety of academic subjects and materials to help them make connections among diverse phenomena, and also develop some expertise in a single field. It is meant to ‘liberate’ the mind and move beyond mere professional training.”

But many students go to college searching for something far more specific. According to Pew Research data, half of Americans believe the main purpose of college is to teach the skills and knowledge people need to find a job. If this sounds like you, then you may find the college curriculum as frustrating as it is numbing. After all, if you’re going to be an ultrasound technician, why do you need to sit through classes in ethics, evolutionary theory, or Romantic poetry? Such subjects would not only feel like a waste of time and money; they become barriers to your engagement and learning.

Ryan Stowers, executive director of the Charles Koch Foundation, summed up this view when he wrote: “The current approach to postsecondary education is not working for everyone. We shouldn’t be surprised. The two- and four-year degree models that define our postsecondary education system were built for a different time and place, and our failure to innovate in anticipation of learners’ evolving needs and interests has set up millions of people for disappointing life outcomes.”

On the other hand, 35% of those surveyed by Pew believed the purpose of college was to help students grow and develop, personally as well as intellectually. From this perspective, a class in ethics may not show up on your resume, but it can endow you with a greater sense of social responsibility. A class in evolutionary theory can give you a richer appreciation of life’s history on Earth and the discoveries of science. And analyzing the symbolism of a Romantic poem such as “Ode to a Grecian Urn” can help you better appreciate art and its place in culture.

Yes, your time in college will offer classes that teach more marketable skills, but the point isn’t to be a worker placement program. It’s to broaden your perspectives, enrich your knowledge, instill the value of thought, and develop the habits of — and passion for — lifelong learning.

Johann N. Neem, author of What’s the Point of College?, sums up this view: “A college education is valuable in the labor market precisely because it cannot be reduced to one set of skills. What makes college graduates desirable is their ability to think broadly about the world and their capacity to use language and numbers well. These outcomes are achieved by immersing people for a portion of their lives on campuses devoted to thinking as an end in itself.

So, is it worth it then?

It would be nice to have a pat answer, but saying everyone should go to college is as genuine a response as Peter Theil calling higher education a bubble and bribing students to drop out. Neither is true nor beneficial. The best answer is that, on average, a college degree is worth the cost. But in those two words — on average — lies a continuum of lives, plans, and desires. To determine where you fall in that continuum, you’ll need to deeply consider your circumstances.

The above three considerations can kickstart that discussion: Can you handle the debt? Is it an investment worth making? Is the college experience something you desire intrinsically? That’s only the beginning, though. You also have to consider things like:

You should also deliberate on the many post-secondary education paths — of which college is only one.

Vocational and trade schools offer more direct job skills training and are often paired with on-the-job training and networking opportunities with employers in the area. Certificate programs are easier than ever to access online, and many fields still employ apprenticeships. Community colleges provide the opportunity to earn a degree, sample the liberal education experience, and discover your passions at a discounted rate compared to four-year universities — any one of which can be accessed at different times in your life, not just the four-year window between ages 18 and 22.

All these variables need to be entertained when pondering college. Maybe that answer will point you toward going; maybe it won’t. Regardless of your decision, thoroughly weighing the pros and cons of your educational future will help you develop your talents and help bring a sense of meaning and fulfillment to your life.