Scientists Are Zeroing In On Where Intuition Comes From, Biologically

by Philip Perry: There’s a complex biological system behind our intuition. 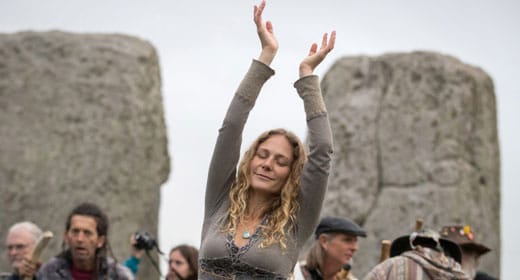 You know when that “gut feeling” tells you something? Scientists are now starting to zero in on the origin of that feeling. And yes, you should trust it. Previous research has shown that when it comes to decision-making, going with our gut usually makes for a better outcome than if we go on intellect alone.

Want to learn more about the biological basis for intuition? Click here:

For most of Western civilization, it was thought that the emotions were something to master and keep under control. The intellect, since the time of Plato, has held the highest place of esteem. And yet, modern research shows that most of our decisions are made with a mix of emotional and intellectual insights. We tend to rationalize the emotional aspects later on, and ignore altogether an overwhelming number of biases that also lead us to conclusions.

Intuition has been a popular topic among psychological researchers in recent years. Last year, psychologists at the University of New South Wales in Australia, found a way to quantify intuition, and ran a series of experiments on how much “nonconscious emotional information,” from the body (or brain), influences the decision-making process. 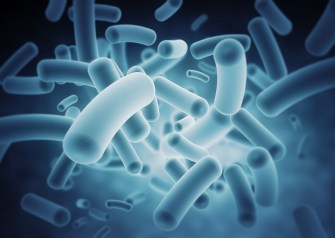 Microflora in the colon may play a role in our intuitive sense. Credit: IBM Research, Flikr.

In this latest study, scientists at the University of Exeter in the UK, looked at how a basic drive, such as hunger, could influence the decision-making process. Their results were published in the journal, Proceedings of the Royal Society B. It seems that our gut can actually “store” memories, and that hunger can trigger a sophisticated series of calculations that make us arrive at a decision, using our intuition or gut—in the literal sense.This study surrounds computer models set up to see how well an animal could survive in an environment dotted with predators and where food availability fluctuates. Those animals who searched using their cognitive abilities had about the same chance of survival as those who went on gut feeling alone. Prof. John McNamara was the study’s co-author. He told Medical News Today, “If it costs a lot of resources to be so clever.” As a result natural selection “found a cheaper way to make decisions.”

A rabbit in the wild for instance, might be motivated by hunger to eat some clover. But noticing a patch near a wolf, hidden in the tall grass next to the clover, could indicate not only to steer clear, but also help the bunny realize that there hasn’t been a lot of food in this area, lately anyway. This would cause it to move on to a completely new territory. Hunger actually jars the memory, which causes the rabbit to be more careful. This doesn’t just lend insight into animal behavior but ours as well, according to the study’s lead author, Dr. Andrew Higginson.

He said of the findings, “Our model explains why there is [a] link between our gut and our decisions: hunger can act as a memory telling us there’s not been much food around, which it’s important to respond to in the wild.” He added, “The usefulness of such memory means that animals, including humans, may appear to be processing a great deal of information in the brain when in fact they are just following their gut.” 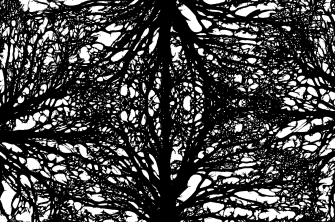 One of two different nerve systems may be the source of intuition or that “gut feeling.” Credit: geralt, Pixababy.

Researchers say other feelings may bring up memories “encoded” within an animal or human’s gut, in order to aid in decision-making. So where does this come from, biologically? We know that there’s an important connection between the microbiome and mental health.

One type of helpful bacteria in the digestive system makes serotonin—the neurotransmitter responsible our sense of well being. Another type produces brain-derived neurotrophic factor (BDNF), which aids memory and learning, by encouraging the formation of new neural connections. Though residing throughout the digestive tract, research has mainly focused on the colonies of the large intestine.

Another possible source is the vagus nerve, one of the longest in the body. While it was originally thought that signals went one way, from the brain to the gut, we now know that signal traffic travels in both directions.

Dr. Emeran Mayer is a professor of medicine at UCLA. He told Smithsonian Magazine that it actually might be gut microflora, interacting in a collaborative way with the vagus nerve and the brain. “The vagal pathway is activated by serotonin released in the gut from cells that respond to signals from microbiota,” he said. Could this also be the source of our intuition?

Another potential pathway is the enteric nervous system or “gut brain.” This is a system of nerves, considered a single entity, interwoven throughout the esophagus, stomach, and the intestines.