by Collum Booth: The S5 and A5 are the company’s newest electric bikes… 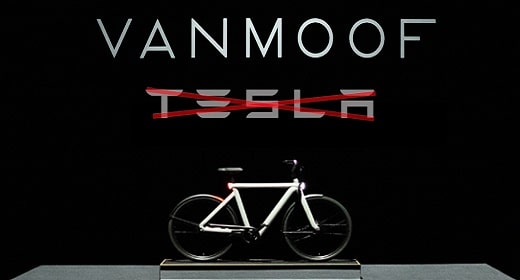 VanMoof has long been described as the Tesla of electric bikes and with the announcement of its newest vehicles — the S5 and A5 — the company wants to continue following the trajectory of Elon Musk’s automaker.

On paper, VanMoof is in with a good shot. Over the past couple of years, it raised $182 million (second only to Rad Power) and has emerged as, arguably, the most popular ebike brand. Or, at the very least, the most talked about company in the space — whether that’s good or bad.

With the S5 and the A5, VanMoof wants to move beyond being a big deal to people who care about mobility, hoping — much like Tesla — to evolve into a company that defines an industry.

You can see this ambition both with the new electric bikes and how the company talked about its plans at its pre-launch — although it will hardly be plain-sailing for VanMoof to achieve its goals.

Before we get to that though, let’s talk about this new generation of two-wheelers.

What’s fresh with the VanMoof S5 and A5?

While not necessary, it may be useful to familarize yourself with the company’s previous two bikes: the S2 and X2, and S3 and X3 (we’ll get to why there’s no S4 later).

Aesthetically, there isn’t a huge leap between the S2, S3, and S5 — but the big news is that the company has dropped the X series, replacing it with the A5.

While that might sound revolutionary, all VanMoof has done here is adopt a reasonably common step-through design that makes the bike suitable to a wider number of people. 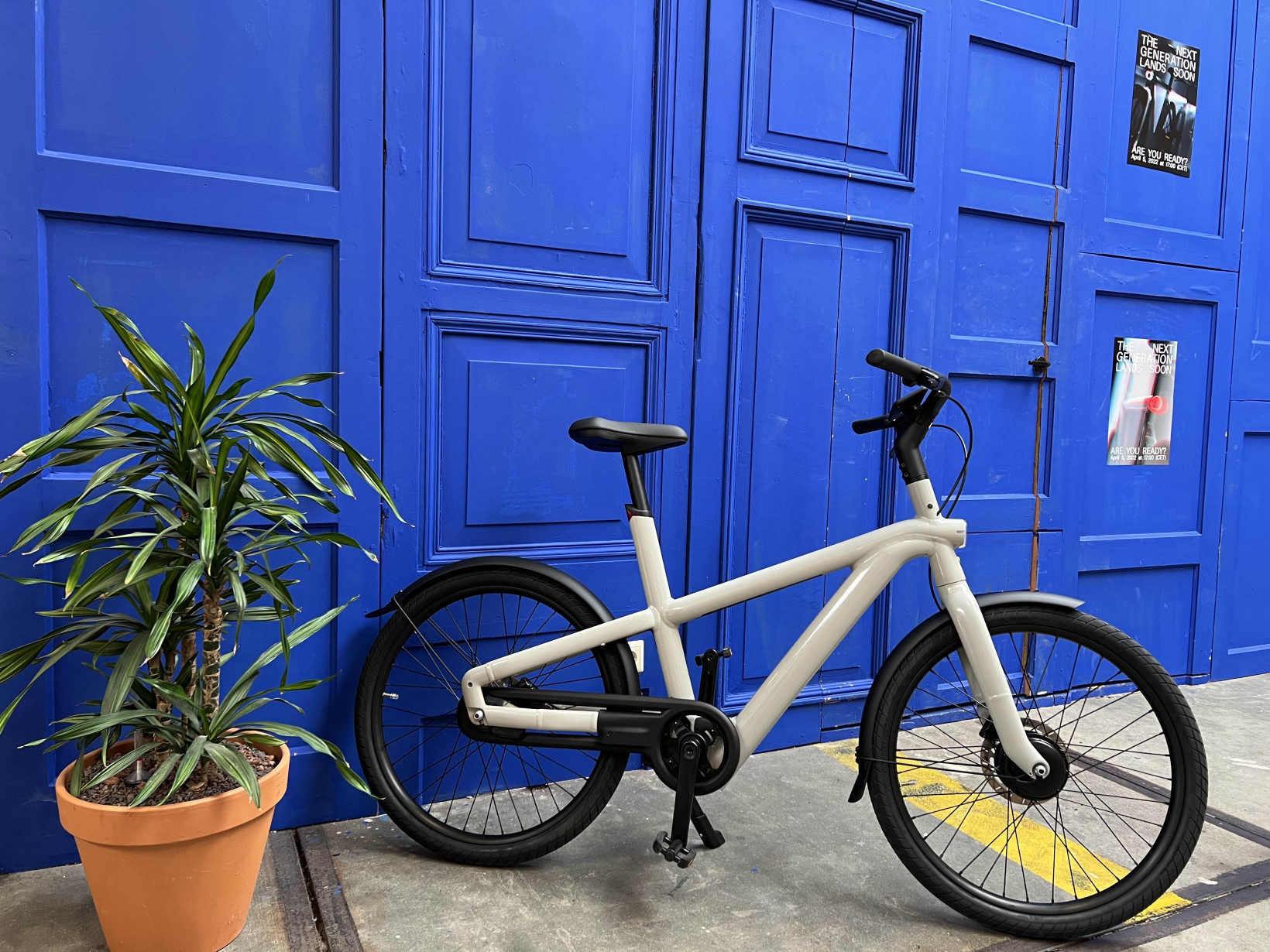 On top of this, both the S5 and A5 are smaller than their previous models, the S3 and X3. This is a deliberate move, as VanMoof bikes are designed in the Netherlands — the tallest nation in the world — so a bit of tinkering here makes sense.

There are a few other updates of note. One of the biggest is the removal of the Matrix display. This was a series of LEDs embedded into the frame that displayed details about the bike, such as speed and the battery level. 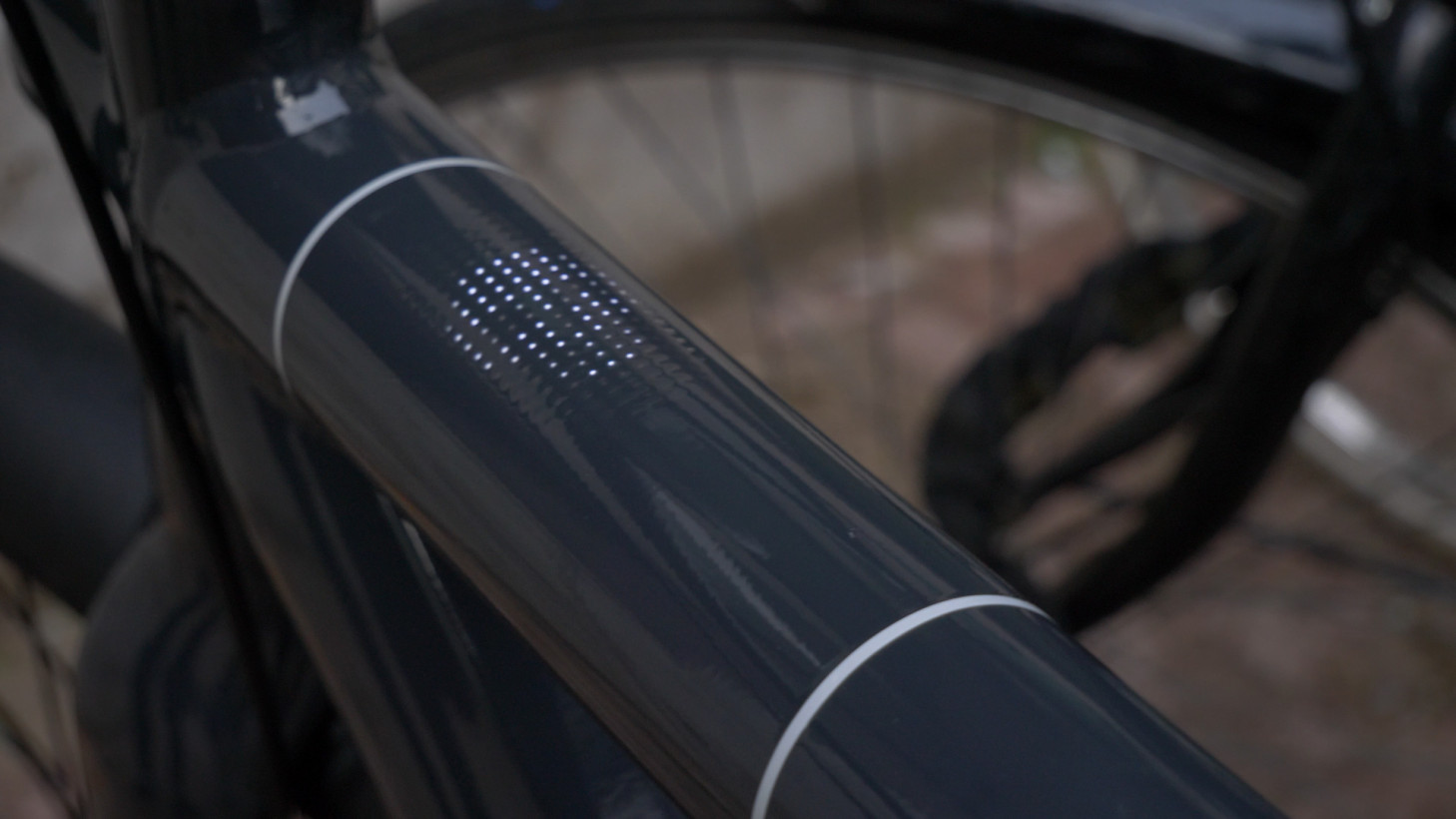 All is not lost though! VanMoof replaced the Matrix Display with a series of handlebar-based LEDs it refers to as the Halo Ring.

While its precise operation is yet to be finalized, the version I had displayed the battery charge on the left ring (if it’s full, the LEDs are entirely lit up), and the right showed the level of motor assist. A note though, the exact layout could well change before the S5 and A5 hit the streets.

Other notable improvements include an auto-retracting kick lock and notches on the side of the front and rear lights, which will help with visibility from the side. The color scheme is also new, with an off-white shade being introduced.

The S5 and A5 include a USB-C charging point on the front that can be used in conjunction with the optional phone mount. Both these additions are designed to support the updated VanMoof app, which I saw, but didn’t test.

In terms of the ride itself, VanMoof has upgraded the motor and claims to have improved overall experience.

The big news on this front is the S5 and A5 now have a proper torque sensor. We have an explainer on that topic here, but, in short, this means the electric bikes will react to the amount of force you put on the pedal. In other words, push harder, and you’ll go faster.

The company states the new Gen 5 front motor has 250W of power and is “ultra silent” and promised an improved automatic gear shifter.

Now we’ve seen what differentiates the S5 and A5 from the previous generation, it’s interesting to consider why VanMoof made these changes and what it’s trying to achieve with them.

At the unveiling of the new electric bikes, I had the benefit of hearing from Taco Carlier (Co-founder), Job Stehmann (Chief of Product Design and Technology), and Marjolein Deun (Industrial Design Lead).

One thing was abundantly clear: the company’s goal is to get its two-wheelers in as many people’s hands as possible.

Currently, the company claims to have around 200,000 riders across the world. The target spoken about at the event was reaching a million. Unsurprisingly, the company is ramping up production to meet this goal. Although VanMoof didn’t give a specific figure, there was a suggestion of them producing tens of thousands of ebikes a week.

While we’ll explore the logistics side a little more later, what I found most intriguing about the reveal is how the S5 and A5 have been designed with a mind of hitting that goal. To put it another way, how they have been tweaked to appeal to a mass global audience.

A huge part of this is the introduction of the stepthrough frame, the A5. This not only has a more familiar aesthetic than the potentially off-putting X frame, but is also far more usable for people who are shorter, or struggle to get on and off bikes.

On this topic, the reduction in height of both VanMoof models makes the electric bikes more suitable for a global audience. Not everyone is as tall as the Dutch, after all.

Even skipping the S4 (remember, it went from the S3 to the S5) is a choice driven by a worldwide outlook. One marketing-heavy explanation VanMoof gave for the missed number is that the new bike is a revolutionary overhaul. A more believable one is that four is considered an unlucky number in parts of East Asia, and, by skipping this model, it avoids alienating large swathes of that market — a wise choice when Asia is the largest purchaser of electric bikes.

The removal of the aforementioned Matrix Display also ties into this plan to target the broadest possible audience.

Yes, getting rid of this custom-built screen embedded into a metal frame will undoubtedly save VanMoof money (just re-read the description), but there are some valid arguments for its removal.

Firstly, its position was unwieldy while riding, as looking down between your knees feels at best unnatural, and at worst dangerous. Secondly, understanding what the animations mean was often confusing.

This is what the introduction of the Halo Ring (you know, those lights on the handlebars) aims to solve. The idea is giving riders information that can be easily understood without looking at a manual. While that latter part might be a bit of a stretch (how can you instinctively know one of them is displaying battery capacity and the other the level of assist?) — it didn’t take me long to grasp their meaning.

The other potential reason for dispensing with the Matrix Display is that VanMoof is banking on people being comfortable using their phones as the main information points with the S5 and A5. A few years ago, I balked at the idea of using a handset with my ebike, I felt the whole vehicle should be self-contained. Now though? It’s normal. Expected. Natural.

By removing the Matrix Display, and introducing a USB-C charger and phone mount, VanMoof is banking on people understanding their bikes through the familiarity of their phones. Rather than trying to create a new design language for its bikes, it’s using traditional mobile conventions to communicate with riders — in turn, making the S5 and A5 accessible.

And, on that note, let’s talk about…

A quick disclaimer: I only had a couple of minutes actually using the VanMoof S5 and A5, both of which were engineering models that weren’t the final package. This means passing any proper judgment — or indeed taking these thoughts as gospel — isn’t wise. We’ll get a review unit in the coming month or two, so stay tuned for that.

Cool. We good? Great. So let’s talk about first impressions.

The torque improvements on the S5 and A5 were clearly evident, as the bikes felt powerful and responsive to my pedaling. The gear changing also seems much improved. Previous models gave this a clunky, juddering, and jagged experience that was far smoother in the newest generation.

In my short time with the electric bikes, they felt accessible, enjoyable, and poised to make a splash.

But will VanMoof achieve its goals of ebike dominance?

This is a harder question to answer — especially before we find out if it ironed out the production problems that plagued the launch of last generation. It was estimated that 10% of shipped bikes arrived with issues, whether that was damage, faulty construction, or software dominance.

Of course, VanMoof claims it has fixed this issue with improved processes and testing, but only time will tell.

I’ve also heard reports of many people in Amsterdam still struggling with support-related issues, so my confidence in VanMoof dealing with hundreds of thousands more bikes isn’t high.

Despite this, the company is in an enviable position. It’s recognizable and holds a strong market position — but it’s important to note it’s nowhere near dominating yet.

The global ebike market is set to roughly double in value from 2021 to 2027 ($26.3 billion to $53.5 billion), and this leaves both opportunity and space for competitors (like Cowboy and Rad Power) to hoover up market share and become the sector’s Big Dog.

One of the big elements impacting this is how the company expands globally.

Currently, VanMoof builds bikes in its own factories with predominantly customized parts. This is excellent for creating a quality bike, but it makes repair and maintenance far tougher.

VanMoof is aware of this and has launched in over 50 locations across the globe. On top of this, it has something called the Mobile Bike Doctors, which sends professionals to fix your electric bike. Although there are plans to roll this out worldwide, it currently only operates in Amsterdam.

The question is whether VanMoof is doing this quickly enough.

In my mind, the company is now playing a subtle balancing act. To truly dominate the industry, it needs to get a million people riding its bikes, but for this to happen it needs to have support centers in enough locations to cater for this clientele — something far trickier to achieve than it sounds.

But it’s impressive to even be in this position and, on paper, VanMoof has aced the first challenge: creating electric bikes that people want. There’s little doubt the S5 and A5 are top-notch machines.

The issue facing VanMoof now is whether it can successfully manage its expansion and not only sell people bikes, but smoothly incorporate customers into a functioning global ecosystem. It’s time to find out whether VanMoof can echo Tesla, or whether it’ll stumble on one of these final hurdles.

Source: The Next Web