by Michael d’Estries: A sun-grazing comet, full lunar eclipse, and potential ‘storm’ of shooting stars dot the May nightscape… 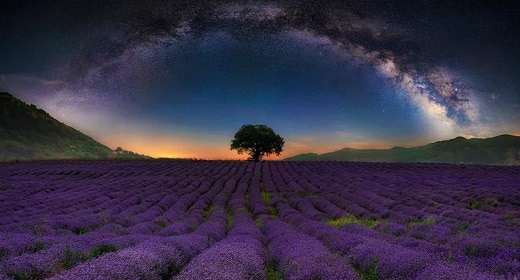 Welcome to May. Let’s kick this one off with the poem “May Night” by Sara Teasdale:

The spring is fresh and fearless / And every leaf is new,

Here in the moving shadows / I catch my breath and sing—

My heart is fresh and fearless / And over-brimmed with spring.

Are you ready to fill your own cup with some heavy pours of spring? We’ve got some rather spectacular celestial events to go along with May’s promise of warm evenings and floral bouquets. So shake the dust off that outdoor blanket, grab a sweatshirt, and look up! 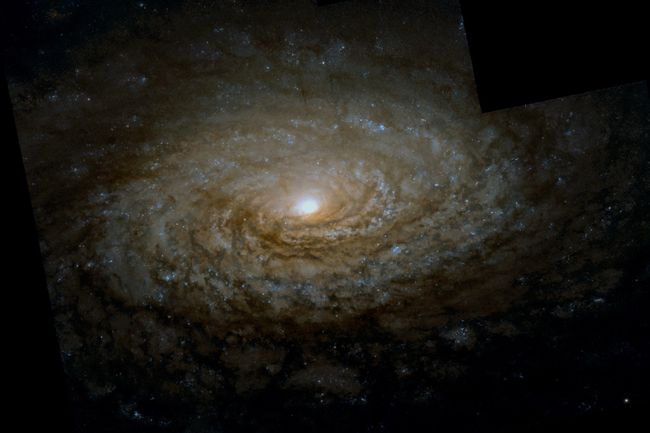 The Sunflower Galaxy (M63) is our recommended dark sky object for May. NASA/ESA, CC 2.0

A New Moon Kicks Off Dark Skies (May 1)

Just like last month, we’re kicking off May with a new moon and exceptionally dark skies. For a few days leading up to and after May 1, you can train your eyes, binoculars, or telescope and be treated to pristine views of galaxies, shooting stars, and other wonders otherwise dimmed by moonlight.

Need a target? This month, in honor of spring’s full bloom, we’re recommending The Sunflower Galaxy (M63). Discovered in 1779 by the French astronomer Pierre Méchain and located 27 million light-years from Earth, this spiral galaxy earned the sunflower moniker due to its distinctive yellow core and colorful spiral arms.1

It’s best observed this month and can be found in the constellation Canes Venatici.

Catch the Eta-Aquariids Meteor Shower (May 6) 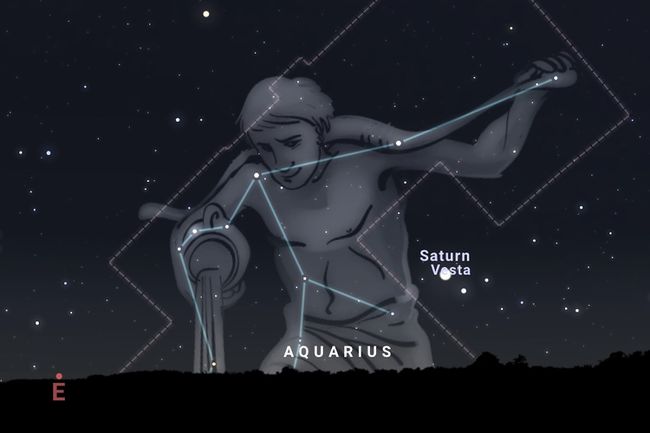 The Eta-Aquariids, triggered by debris from Halley’s Comet entering our atmosphere, will reach their peak on May 6. While this annual shower favors those living in the Southern Hemisphere, early risers in the Northern Hemisphere will still have an opportunity to see some shooting stars.

This shower gets its name from the constellation Aquarius, where the meteors appear to radiate from. On the morning of May 6, Aquarius will rise above the eastern horizon just after 3:30 a.m. EDT. According to NASA, the peak of the shower will arrive at 4 a.m., creating a small viewing window before dawn crashes the party. Should the weather not cooperate, mornings before and even after the peak should still display a decent amount of Eta-Aquariids.

A Sun-Grazing Comet Makes a Potential Appearance (May 8)

Comets are notoriously fickle, but we’re going to go ahead and recommend you keep a pair of binoculars handy for this one just in case. On May 8, Comet Pan-STARRS (C/2021 O3), discovered only last July, will make its closest approach to Earth (56 million miles). It’s possible that it could brighten enough to be visible through binoculars and, just maybe, the naked eye.

The huge caveat to all of this? We’re not sure yet if Pan-STARRS survived its return trip around the sun. And even if it did, I’ll just reiterate that comets rarely play by the rules. Still, here’s where to look in case this one feels like surprising us.

May’s full moon, nicknamed the “Flower Moon” after the copious springtime blooms, reaches its peak fullness on May 16 at 12:14 a.m. EDT. Thanks to a coinciding total lunar eclipse, however, its typical pale glow will be replaced by a more apropos ruddy red.

The total lunar eclipse, visible to most of North America, will begin at approximately 9:32 p.m. EDT with the moon entering the outside shadow (penumbral) of the Earth. A visible darkening of its surface will begin at 10:27 p.m. when the moon enters the Earth’s full shadow or umbra. The full eclipse will start at 11:29 p.m., peak at 12:11 a.m., and conclude at 12:53 p.m. During totality, the moon’s surface will appear smudged with red, a phenomenon nicknamed the “Blood Moon.”

Why this color? Despite the Earth blocking direct sunlight, refracted light in its atmosphere still manages to cast its glow on the lunar surface.

“Lunar eclipses … reflect our world,” astronomer and podcaster Pamela Gay tells Space.com. “A blood-colored moon is created [by] ash from fires and volcanoes … dust storms and pollution all filtering sunlight as it scatters around our world.”

The view from the moon of Earth is likely even more spectacular, with this NASA animation showing our world outlined in a ring of sunrises and sunsets.

At 2:50 a.m., the moon will fully exit the Earth’s shadow, wrapping up a celestial event spanning just over 5 hours and 19 minutes!

A Fragmented Comet Could Trigger a Meteor Storm (May 30-31)

May’s wild card event is a literal shot in the dark. Should it occur, however, you’ll likely remember it for the rest of your life.

On May 30-31, the Earth will pass through debris left behind by Comet 73P/Schwassmann-Wachmann (aka SW3). This periodic comet, discovered in 1930, orbits the sun every 5.4 years and, of greatest interest to us, has slowly been breaking apart with each successive pass since 1995. According to EarthSky, which offers an in-depth look at this fascinating object, the comet has since fragmented into at least 68 pieces—and counting.2

This month, Earth will pass particularly close to the main trails from SW3 and could spark not just a meteor shower, but a bonafide storm. It’s a potential event that astronomers have been talking about since 2006. If it happens, and EarthSky is clear there are a lot of things that need to go just right, it would offer an intense display of shooting stars—from several dozen to hundreds—across the night sky.

So when should you get out the blankets and look up? East-coast skywatchers should plan for the Earth to enter the densest part of the debris stream between 12:55 a.m. to 1:17 a.m. Look to the radiant, the spot in the sky where the meteors appear to come from, near the bright star Arcturus. A new moon will help keep skies dark so that even the faintest shooting stars can be traced. This is a potential short-lived outburst of shooting stars, so don’t be late to the party!