by Victor M. Parachin: Dive into the Buddha’s advice for being a better friend… 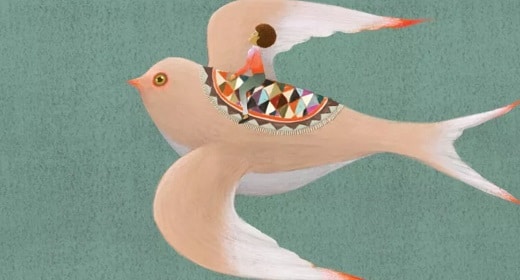 While on an early morning walk, the Buddha encountered a young man named Sigala. The two men engaged in a conversation that became a Buddhist text called the Sigalovada Sutta. During their talk, the Buddha stressed the importance of carefully, thoughtfully choosing good friends, saying: “Young man, know these four good-hearted friends: the helper, the friend who endures in good times and bad, the mentor, and the compassionate friend.”

Not only does this teaching of the Buddha provide instruction on what kind of friends to select and surround ourselves with, but more importantly, it provides guidance on how to be a better friend. And, in our current culture, friendship is highly welcomed because an increasing number of people feel alone. This condition is worldwide and is so serious that the British government appointed a Minister of Loneliness to help combat this growing mental health issue.

Here is how to be a better friend … the Buddhist way.

Be a Helping Friend

“The helper can be identified by four things: by protecting you when you are vulnerable, and likewise your wealth, being a refuge when you are afraid, and in various tasks providing double what is requested,” is the Buddha’s first advice.

An example of giving “double what is requested” is related by Rabbi Joseph Telushkin, author of The Book Of Jewish Values. He tells about a couple visiting with an elderly friend. It quickly became clear the friend was suffering from horrendous back pain. The woman asked him if there was any medication that could relieve the pain.

“There is, but it costs $60 and I can’t afford it,” he said honestly. Before he left that evening, the woman gave the elderly man a $1,000 check, and suggested he immediately buy the medicine. Her husband did not object but was curious why she gave him such a large amount when $60 would have been enough. Her answer: “If he is in such pain and still is not buying the medication, it must mean he lacks money for other things as well.”

Be an Enduring Friend

“The enduring friend can be identified by four things: by telling you secrets, guarding your own secrets closely, not abandoning you in misfortune, and even dying for you,” is the Buddha’s second guidance. He is referring to the friend who stands by you and with you in all of your life circumstances. A loyal friend is reliable, trustworthy, unconditional, and always has your back. Because of him or her, you never feel completely alone.

Be a Mentoring Friend

“The mentor can be identified by four things: by restraining you from wrongdoing, guiding you towards good actions, telling you what you ought to know, and showing you the path to the heavens,” is the Buddha’s third instruction. This statement refers to the importance of being a spiritual friend, something the Buddha said was of utmost importance.

It was a teaching he stressed to Ananda, his personal assistant. While conversing one day, Ananda said to the Buddha: “Am I correct in believing that having good spiritual friends, companions to accompany me on this journey and associating with such persons, is half of the path?” The Buddha responded with a correction: “No Ananda! It is not half the path is fully the path—spiritual friendship, association with good people and their company.”

Her life was so chaotic and unhappy that she made a suicide attempt. In 1974, when she was 34 years of age, a friend suggested Turner try meditation, specifically a style of meditation practiced by Nichiren Buddhists, whose practice is chanting this simple mantra: Nam-myoho-renge-kyo.

As a musician, the idea of chanting meditation appealed strongly to her. Turner began practicing in the privacy of her home, recalling: “When I first learned about it, I liked the fact that the practice offered me a simple, practical formula for happiness.” Soon she discovered that this meditation practice brought her not only awareness and insight, but power to change her life. “Little by little, it brought out my courage to break away and live an independent life on my own.” She was able to leave her abusive husband and develop her own musical career.

“I have never separated my spiritual practice from my life as a rock singer. When I was going through the hardest times of my life, I was chanting Nam-myoho-renge-kyo. Chanting helped me and changed my life for the better. I’ve left a good body of work as a rock singer, and I’ve made it very clear that it was because of my spiritual practice,” she says. None of that would have been possible had it not been for the involvement of a spiritual friend.

Be a Compassionate Friend

“The compassionate friend can be identified by four things,” said the Buddha: “by not rejoicing in your misfortune, delighting in your good fortune, preventing others from speaking ill of you, and encouraging others who praise your good qualities.”

Author Wayne Dyer became just such a friend to spiritual teacher Ram Dass. Shortly after Ram Dass experienced a semi-paralyzing stroke that made him wheelchair bound in 1997, Dyer asked the thousands of regular readers of his blog to support Ram Dass financially. Explaining that Ram Dass was embarrassed “for not having prepared for his own elderly health care—for what he now perceives as burdensome to others,” Dyer invited people to provide funding.

This was Dyer’s appeal on behalf of his friend: “Ram Dass is currently living in a home on Maui, (Hawaii) which he doesn’t own and is currently in jeopardy of losing. I am asking all of you to help purchase this home and to set up a financial foundation to take care of this man who has raised so much money to ensure the futures of so many others. Please be generous and prompt—no one is more deserving of our love and financial support. In the end these donations will help ensure that Ram Dass and his work will reach another generation or remind a current generation that it is in giving that we receive.”

People responded. Ram Dass was supported until he died at age 88 in 2019.