One of Dr. E.’s Quick Tools for Researching Your Own Images in Dream Analysis 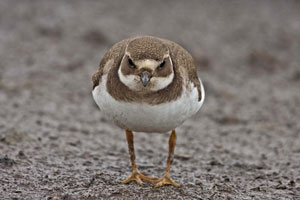 for although psychoanalysis is a wondrous endeavor in many ways, sometimes it is taught in formulaic ways that are thrilling intellectually, but miss the blood and bone of the living flesh of psyche entirely.

Thus, I built over the years some small but effective tools for doing a very personal research on images and ideas that come to you, or /and that matter to you.

A TIME-TESTED (by me and my students) USEFUL TOOL

FOR UNDERSTANDING YOUR OWN DREAM IMAGES IN DEPTH:

…I developed what I call ‘a hint-question’ to help you see more, in your own way, about images dear to you… not out of a book, not projected or suggested by others… just you.

Often we are alone on our voyage at night or in other times of day. Though it’s excellent to have able crew while sailing, there are times when the captain is to retreat to the map room below deck to scry the lay of the land and seas using her/ his own instruments of sense-experience, brain-pan knowledge and dead-reckoning… that would be you, here and now… the captain of your own dream ship.

So, say for instance you dreampt something like this:

I dreampt I rode on a plover bird,

and whilst doing so, a magpie came

to offer me a piece of advice about my soul.

1. Do the following: Divide a sheet of paper into five sections. Doesnt matter which way. However you like, columns, squares, circles… for good order should not block creativity but rather enhance creativity… while developing order.

2. Write atop of a section so in the end you have five sections all headlined with one of these: Why, How, When, Where, To Whom (of “of Whom”/)

3. Then, answer this question with regard to your images, imagining the original dream as stated above: As the winged are different than the finned, write down why, to your mind, birds are different than fish (or compare to ocean mammals if you like.) How are they different? When, Where? and To Whom are theses two forms of life– pisces and aves–  different?

To my structural way of creating such a grid, your answers will speedily map a good deal of the world we call your psyche/ soul/ heart regarding winged ones, (and fish, or whichever Genus you decide on for comparison) either in image or in reality.

4. Once you have answered this question of how x is different than y in order to squeeze the juice from the image in a larger context… Sit back with a nice cup of tea of your choice and contemplate your answers then. Let yourself be drawn to, or intelligently find what has meaning for you to focus on. Leave the rest behind before moving on to make comparisons between the plover and the magpie.

5. Now, create the same 5-sectioned schema on a new sheet for your two birds.

6. Then ask this: How is plover different than magpie? Why, to your mind, is plover different than Magpie? If you find sameness you have not outlined in Part One, add that too. Answer in the main, When, Where? and To Whom are theses two little winged creatures different. You can also answer how they are complementary and why, when, where and to whom, as well.

The point is to again draw forth the essence of the images.

7. Then, the same as before. Sit in calm and relax for a few moments or as long as you are able. Consider what  you’ve written here. Ask how it relates to your life right now. Is there a message?

For many, just the writing in sections, rendering the essence, brings surges of Aha, and sometimes burbles of Oh no, and all in between.

Often it is the process of following the flutter of all one’s deeper thoughts, feelings, memories and ideas about images, rather than trying to ‘nail the butterfly to the wall,’ so to speak, in some semblance of ego’s satisfaction alone– there! It’s that, that’s what it all means…

but instead, trying to behold the images and their ultimate meanings to you– more gently and expectantly– not worrying so much about whether one is incubating a boy or a girl, but rather following the fluttering and flashing insights, the moving of life within, dreaming while awake how one will take what one is birthing out into the world today, or one day.

To behold images that come to us in dreams and daylight as though we’ve never seen such a thing before, the Buddhist beginner’s mind which can also be called the mind belonging to the Child Spirit, to test the images and ideas against other things we know, to consider their essence as recognized by artists, prophets, seers and ordinary people down through the ages… these ways are some of the most meaningful dream analysis, the most life-giving in terms of self-research on one’s own image-making, image-valuing instincts.

There are several other ways to analyze images and dreams so one actually learns and creates new pathways in the brain, so that messages sent from Source greater are actually received, so that even mundane guidance given us is better understood. In all respectful ways, dreams and images can be understood as messages and messengers, some wise, some funny and tricksterish, some so vast our little pea brains can barely grasp but a little bit of what stands before us. All images are as usefully useful as we have capacity to understand in that moment. And that most often is amplified just by our awe and respect for the image to begin with.

Too, I’ve made an audio CD program at Sounds True, entitled “In the House of the Riddle Mother” which is about dreams and the cogent, odd, mystical and down to earth analyses of images. Those who know my work, know I abide by the idea that mystical matters must be brought more than halfway down to earth in order to benefit from their unusual intelligence, their strange and wondrous ways and means… that we are as humans as much in need of practical maps and guidances as we are made of dust from the stars in need of finding our most useful ways to sprinkle that dust over whatever and whomsoever has need for ‘remembering’ here on earth.

Also, if in a few days I can clear time needed (I’m a slow writer and it took me near all afternoon to write this article), I’ll write about another tool I have taught to psychoanalytic students for decades for deeply analyzing dreams. There are several powerful ones. Although, truly? One tool alone, when used with faith, patience, effort and consistency, will serve better than ten others that go unused.

Today, I took time away from ‘regularly scheduled work’ to answer a question from a person at my facebook page with the article you see above. The person had asked about what certain symbols in dreams might mean. This article resulted, for though the question was brief on its face, it was very rich and required, I thought, a much longer answer.

I put it here too so other people who’ve not found the facebook page, might find us here first. (This whole electonic everything is so new and so wondrous to me; that people can connect at the speed of light instead of the speed of a potato… wow. I hope I made you laugh?)

There’s a serious reason to take time away from other commitments sometimes. It is not predictible for much depends on my energy that day (I often say nowadays that my energy oddly runs out before the daytime does…lol) and all  other promises to be kept.

Even so, often I try as I can to answer most any question put to me that I might have a useful answer to, in part because there are some quesitions put before me by you dear souls, that are actually of benefit not only to you, but to so many others were they answered on a broader scale… but also and especially I note something else as I become older…

as I now have far more years behind me than ahead of me, I want very much to equip those who wish… with  tools for seeing– the tools I’ve created as well as the tools handed down to me through my long studies– so others can self-nourish, carry utmost self-knowledge on their own… anywhere, anytime and be independent when they choose, and close-in learners as they come to know/ feel/sense/ be reminded of their calling in life. So, for these reasons, and more.