Stanford Neuroscientist: How to Train Your Self-Control So You Don’t Mess Up Your LifeI

by Jessica Stillman: If you want to live up to your potential, you need to get your impulses under control. A Stanford neuroscientist explains how… 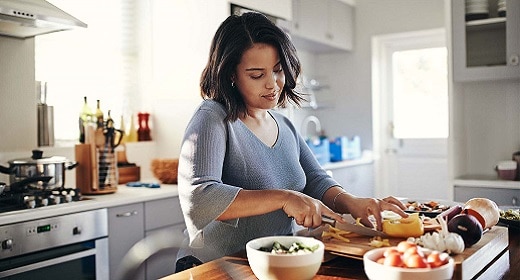 I know it’s not the most pleasant activity, but think for a second about your worst habits, dumbest decisions, and most nagging regrets (go on, experts insist it’s good for you).

Some of those missteps were probably due to spectacular miscalculations. Maybe you thought the market for that product was bigger, or that potential romantic partner saner. Others may be caused by clear personal weakness. You know you should quit your safe job to run your startup full time but just can’t face your mom. But how many weren’t due to any decision at all really? You just drifted one mindless potato chip or time-wasting Instagram scroll at a time into a life that doesn’t match your aspirations?

It’s amazing how often we fail to live up to our potential not because of fear or stupidity but because of lack of self-control. It’s tempting to think this comes down to some inborn shortage of willpower — that you are simply too lazy or unfocused for the kinds of success you dream of — but according to Stanford neuroscientist Andrew Huberman, impulse control isn’t a fixed talent. It’s an ability you can train.

In a recent interview with the Knowledge Project’s Shane Parrish, Huberman explained exactly how to hone your impulse control so you can craft the life you actually want — rather than end up living the one you mindlessly wandered into.

The interview kicks off with a brief anatomy lesson. Within a part of the brain called the basal ganglia we all have two important circuits, Huberman explains. One is the “go-function,” which, as the name implies, works to propel us into action. Whether you want to pick up a glass of water or train for a triathlon, you’ll need your go-function to start.

But the go-function is only half the story. We also have a mirror image “no-go function” that is responsible for inhibiting impulses. This is the part of our brain that needs to fire if we’re going to stick with that difficult project or resist that delicious cookie. Whenever your kindergarten teacher told you to quit squirming and sit still in class, she was training your no-go function.

The trouble is that, as we get older, we often get fewer and fewer opportunities to exercise this no-go circuit. “We move toward the things that are important to us. We’re emailing. We’re always doing go, go, go, go. Even if you’re scrolling Instagram or something, it’s a go-type function. We rarely rehearse our no-go functions,” Huberman observes. Unsurprisingly, the less we exercise this function, the weaker it tends to grow.

How to train your no-go function

But just because the comfort and opportunity of our modern tech-enabled lives doesn’t give us many chances to practice controlling our impulses, it doesn’t mean we can’t consciously set up a program to strengthen our no-go circuits and learn to inhibit our impulses.

To do that, you could force yourself into Herculean feats of self-control like Tony Robbins’s morning ice plunges or Digg founder Kevin Rose’s love of walking around in the snow in flip-flops. But if that sounds borderline insane to you (me, too), fear not. Huberman offers a much less radical, science-backed program to improve your impulse control.

Huberman explains that he personally aims to have between 20 or so no-go moments each day. These are times when he consciously inhibits his impulse to do something to train his ability to recognize and put the brakes on his moment-by-moment desires. He offers several examples.

Individually, none of these is a very big intervention, but they add up. Huberman likens the process to “keeping the blade sharp on both sides.”

With all its shiny baubles and beeping notifications, our world is exquisitely designed to get our go-function firing. Small moments of self-control like those above act like a whetting stone, sharpening our no-go circuits through tiny repetitive acts. And it’s only when you can control your impulses that you can craft the life you truly want.