The Drama Of Our Time – Anodea Judith

by Anodea Judith Ph.D: Ukraine is bringing the world to another historic global moment… 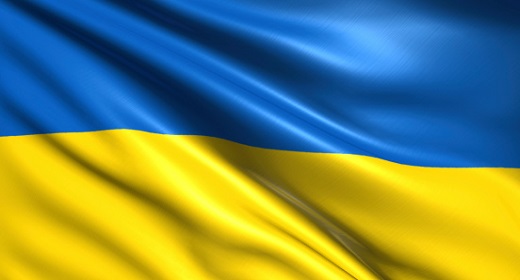 The first moment in recent history was the pandemic. Within a matter of weeks, as the virus spread, it showed us just how intricately connected our world is. It took a global effort to solve it, at least to the point where it is now on the wane. It showed us that what happens in one place eventually happens to us all, and that we are one people and one planet, regardless of how we behave.

Now the whole world is watching in horror as a power hungry madman attempts to sacrifice anything and anyone, including his own people, for his insatiable lust for power.  With a veiled threat to deploy nuclear weapons, the majority of the world sits frozen and helpless, as we witness the unfolding atrocities visited upon Ukraine.

We’ve seen this movie before. We’ve seen it in past wars, where Hitler exterminated millions of Jews. We’ve seen it in the Lord of the Rings trilogy where the dark lord Sauron summons the Orc army to destroy Middle Earth. We’ve seen it in science fiction movies, where an alien race tries to take over the planet. We’ve seen the president of Brazil destroy the lungs of the planet as the rainforest burns. We’ve seen it in dictators all over the world through the centuries who again and again wreak havoc by wielding their singular power against the will of a majority. We came close to it with Donald Trump, and heaven forbid what might have happened if he had won another four years.

The powerful strongman threatening a race, a nation, or a world is part of our cultural mythology. It’s playing out one more time before our very eyes, so we can finally learn from it. It will play out again until we do away with this old, tired story and create a new one.

The problem isn’t that there are evil people. There have always been such people, in every culture and every era. The problem is what happens when evil people have absolute power. The problem lies in the political systems by which our civilization is organized, that make this kind of power possible. No single person should have that much power in any country or government.

The historic moment we are witnessing is a clash between stories. The story of empire, domination, and patriarchy, and the story of freedom, democracy, and unity.  It’s the story of the power of one who sees himself as separate and the power of many who unite together.

Humanity is facing an initiatory test. Do we unite as one people standing resolute for a heart based paradigm of benevolent cooperation, or do we fall prey to deranged dictators hell bent on destruction?

The good news in this drama of our time is that most of the world is taking a stand.

As David Brooks said in a recent New York Times article: “The events in Ukraine have been a moral atrocity and a political tragedy, but for people around the world, a cultural revelation.”  Even the Russian soldiers have no heart for this, and some are advising surrender.

Like a body energizing its immune system, we are waking up out of our sleep wUns of the modern era, and they aren’t designed to kill. Like herbs over stronger drugs, the cure is slower but gentler.

The world is waking up to what it stands for and what it stands against. And until the collective will of the people stand strong enough in their convictions, we will still be caught in the fight.

It is time we erased this old paradigm everywhere we find it: in the violence of our movies, our TV shows, and our glorified histories. It is time we established a new story of collective cooperation and collaboration. It is time we moved from the third chakra’s love of power to the fourth chakra’s power of love.

Every crisis is an opportunity. Let’s make this one a turning point. Do whatever you can to help.