Where Do G7 Countries Like The US, Japan, And Germany Stand In Their Shift To Clean Energy?

by Michelle Lewis: Here’s where the world’s seven largest economies stand in their clean energy transitions ahead of the 48th G7 Leaders’ Summit next week in Germany… 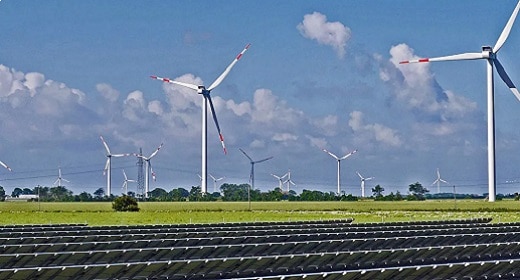 The G7 and clean energy – what they need to do

The G7 is made up of Canada, France, Germany, Italy, Japan, the UK, and the US.

A G7 commitment to “predominantly decarbonize” electricity by 2035 means ending coal power by 2030. They must also, according to the International Energy Agency (IEA), scale up wind and solar from around 75 gigawatts (GW) in 2020 to 230 GW by 2030.

The EU said yesterday that it would temporarily shift back to burning coal to cope with reduced Russian gas supply, but it asserts that its climate goals won’t be undermined by that decision. EU officials did not provide a timeline for its temporary plan to use coal.

Where the G7 is now

Here’s an overview of every G7 country’s transition:

Canada: According to an Ember update in March, Canada has committed to phasing out coal for electricity by 2030. More than two-thirds of Canada’s electricity generation is already net zero, thanks to hydro power. However, Canada has been slow to abandon fossil fuels, with its share falling only from 20% to 17% between 2015 and 2021. Canada has lagged in cutting coal use and ramping up wind and solar, and it needs to adopt ambitious measures now.

France, Germany, and Italy: EU countries are aiming to generate 63% of their electricity from clean energy by 2030. This is up from 55% in previous commitments. This latest ambition puts the EU on track to achieve a net zero electricity system by 2035. Ember has previously reported that the EU can meet that target “at no extra cost” above stated plans and “without compromising security of supply.”

Japan: Currently, 25% of Japan’s electricity comes from clean energy. It currently has a plan to bump that percentage up to 38% by 2030, but that’s short of where the IEA says G7 members need to be. According to a recent Ember analysis, Japan could expand its clean energy capacity with offshore wind and nascent rooftop solar.

UK: The UK plans to generate ​​95% of its electricity from low carbon sources by 2030. This includes plans to expand offshore wind to ​​50 GW by 2030, and increase solar capacity by up to five times by 2035. This puts the UK in a great position to meet the clean power by 2035 ambition.

US: President Joe Biden has committed to moving the US toward 100% clean power by 2035, including a near-term target for 30 GW of offshore wind by 2030. Recent months have been challenging, with Senator Joe Manchin (D-WV) opposing his own political party’s clean energy program, and thus making it impossible for the Democrats to pass ambitious clean energy laws due to a 50/50 party split in the Senate. But, Biden has recently invoked the ​​Defense Production Act to increase solar panel production, building insulation, and other equipment. He said in a press gaggle on June 20 that the US has a chance to make a “fundamental turn toward renewable energy.”