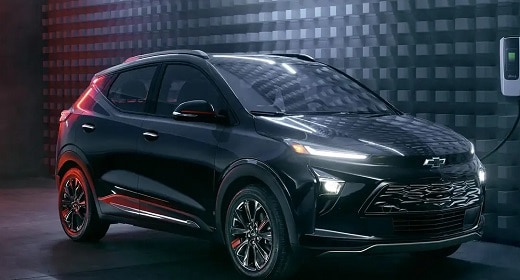 This means the Chevy Bolt will have a lower MSRP than the base model Nissan Leaf, though the Leaf still qualifies for the US federal EV incentive, whereas the Bolt does not.

The price cut comes across the entire model line, with every trim and model receiving a similar approximate $6,000 price cut. The upgraded Bolt 2LT trim starts at $28,800.

Otherwise there are no significant changes to the underpinnings of the vehicle from the 2022 model. There’s a new color available, Radiant Red Tintcoat, at additional cost, and dealers will start selling front and rear floor liners. 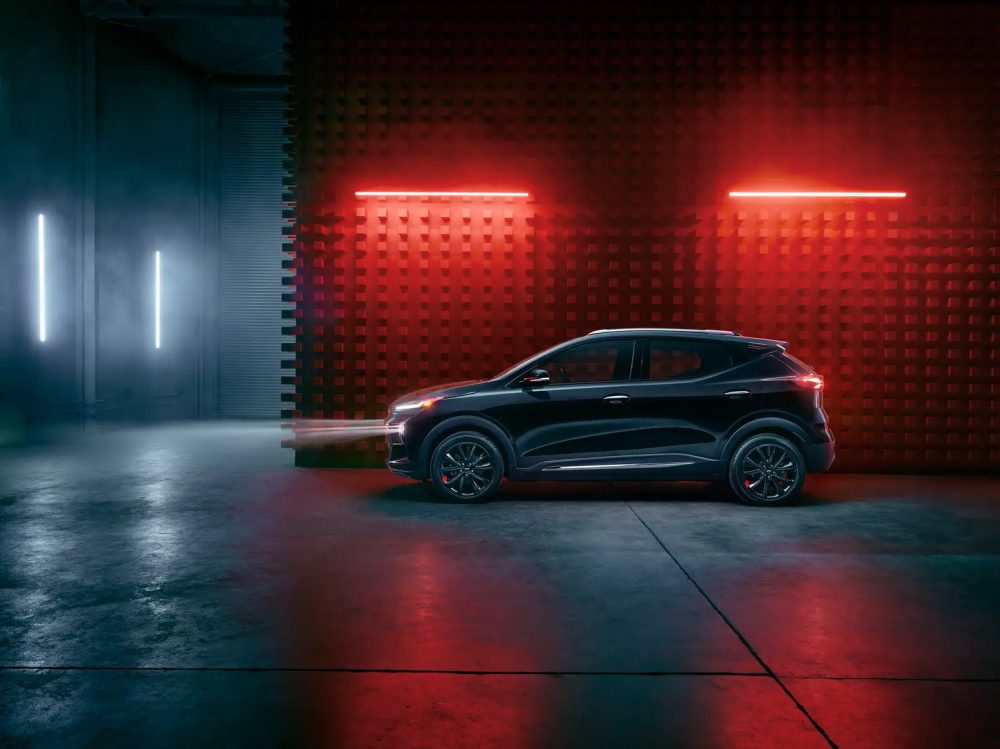 Even despite the Leaf’s huge price cuts from last year, we think this will make the Bolt the cheapest new EV in America – if you ignore the federal tax credits and go by MSRP. If you take those into account, the Leaf is still cheaper – though Nissan will likely reach their 200K vehicle cap later this year, especially with the attractive Nissan Ariya (finally) coming out soon. The Bolt still qualifies for state and local EV incentives in some areas, so keep an eye out for those and you might be able to get a better deal.

Even better, there is some tiny chance that the government might pass an EV tax credit extension with the Build Back Better act which passed the House, though efforts for that are still stalled due to all Senate republicans (plus Joe Manchin) blocking this necessary environmental and economic package in a time where we could really use it. The balance for that could change with this November’s elections, so if you want a really cheap EV and cleaner air, you might consider voting against the party stopping you from getting those.

Speaking of which – the new EV market is currently quite impacted, with new cars of any type, particularly electric cars, being tough to find. High gas prices have more people considering electric than ever, and global supply shortages have impacted vehicle production, inflating both the new and used car markets. A massive price cut for an already attractive car is somewhat of a strange move in this environment, but it’s certainly welcome.

The Chevy Bolt has been out since model year 2017, one of the first “second-generation” EVs to hit the road.

“First-gen” EVs had a largely 100-ish-mile range, often sharing a vehicle platform with a gas car, sometimes made just for compliance with emissions laws so manufacturers wouldn’t get penalized by California and other CARB states.

But when the Bolt came out, it offered a significant improvement in feature set, with much more power than first-gen EVs, a reasonable price attached to a large 250-ish-mile range (238 at the time, 259 now), and DC fast charging capability (at 50kW – pedestrian by today’s standards), all in the hatchback/small SUV body style which is popular with today’s car buyers.

It was quite a big step forward for EVs and became an instantly solid choice for anyone getting into electric cars. Seth declared it “the first plug-in for everyone” and was impressed enough that he bought his own and kept it for three years. (You can read his retrospective here.) He even liked some parts of it better than his Tesla Model S.

The car has also been subject to occasional deep lease discounts or dealer price cuts, making it pretty easy to recommend for people looking to get into an EV at a reasonable price. (And if you want to keep an eye out for more deals, check out our electric vehicle lease guide.)

But the Bolt has had a troubled recent past, being out of production for almost a full year, while GM undertook a recall and retooling due to an issue with its LG batteries. Now that that’s all fixed, GM finally resumed production in April, and the Bolt is finally back up to speed. Perhaps these recent troubles are what inspired these huge discounts.

Even still, the future for the Bolt is uncertain. GM’s EV strategy has evolved since the Bolt came out in model year 2017, and now they are focusing on their Ultium EV platform. This platform underpins their upcoming products – the Equinox, Sierra, Silverado, the GMC Hummer, and Cadillac Lyriq.

The Bolt came before Ultium and is currently built in GM’s Orion plant. The problem is Orion is being retooled to build Ultium EVs, and Bolt isn’t Ultium, so we don’t know if the Bolt line will continue once the retooling is finished. GM did assure us that Bolt production will continue during the plant’s conversion but didn’t say whether it would continue post-conversion.

If you want a cheap, solid EV now, then the Bolt just became an even better choice than before – if you can find one, that is. Check your local dealer inventory for the 2023 Chevy Bolt EV or 2023 Chevy Bolt EUV, and ask when they might be getting one in stock.