by Alberto Villoldo PhD: The shamans of the Andes know and serve a sacred dream, one that guides planets across the heavens and our human destiny here on Earth… 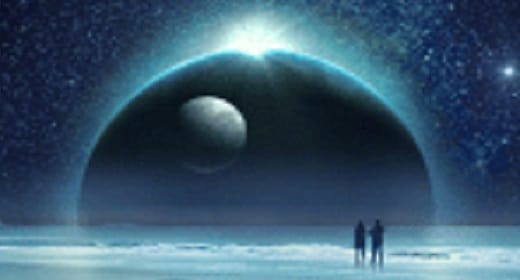 The sacred dream is a map to the future but has no paths you can follow and no trails other than the ones you blaze yourself. It is ephemeral, changing every instant, surprising you at every turn, as in a dream.

Men and women who serve and protect this sacred dream are known as luminous warriors. They have no enemies in this world or the next. Their resources are vast. The sacred dream reveals the implicate order of the universe.

Stargazing and observing celestial bodies has the power to heal by slowing us down and showing us a bigger picture, our place in the cosmos. When Carl Sagan’s show, Cosmos, aired in 1980, we learned that our solar system was one of billions, and that Earth wasn’t at the center of this cosmic picture.  We began to question whether we are alone, or whether we are one of myriad life-bearing planets. We suspect we are merely one expression of the Immense Force we know as God, not the center of the Universe.

Cosmology gives us a sense of where we came from and our role in life’s bigger picture.  Ancient cultures like the Inka believed that the Milky Way was a life-giving river in the cosmos with an earthly counterpart, the Urubamba River in the Sacred Valley.  They learned the movements of the stars, grouping constellations that represented the living forms of animals that came to drink from the waters of the Milky Way. The cosmos they observed reflected their world view and allowed them to dream cities in the clouds like Machu Picchu.

Just like the ancients, we seek to know where we came from and what our role is in life’s bigger picture.  And yet, we often forget to turn to the cosmos for answers to the questions that plague us. When we turn our attention to large issues and equally large solutions we find that small matters no longer dominate our consciousness. Our new awareness of our place in the cosmos frees us to step outside the microcosm of our individual issues and problems and allow the macrocosm of the universe to guide us.

Shifting perspective from an egocentric focus on ourselves as the center of the universe we instead look for answers to great questions. We remember who we are, taking our seat around the holy fire at the center of the sun, and we call on the guardians of the solar system to help us find solutions to global issues and create a new world view for our time.