10 Movies That Will Motivate You To Change Your Life

by Amy Armsedem: Spring is the best time to switch up your surroundings as well as your life so here are 10 movies to motivate that big life change! 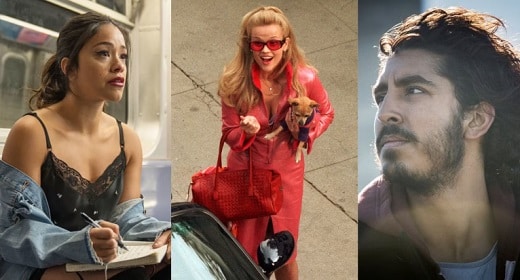 The recent Netflix addition of 2021’s Boiling Point may have simultaneously stressed and entertained viewers but it also caused many of them to evaluate how valued they felt in their job and even prompted some big life changes. Whether it’s changing jobs, moving country, or embarking on a journey of self-discovery, the movie was definitely one that had a significant impact on its viewers.

However, it isn’t the only movie that has encouraged fans to analyze the life their living, there has been an influx of motivational flicks in recent years that take a calmer approach to that of Boiling Point. Here are ten calmer movies that have given viewers the motivation they required to change their life.

Nomadland caused quite a stir when it was finally released in 2020 and soon became one of the best-ranked films of 2020 by many critics. The movie follows Fern as she grieves her husband and begins her life as a nomad, the movie is a powerful reminder of just how busy everyday life can be and how everyone fills their limited time with unimportant things.

The movie looks at returning to a simpler version of life, one where individuals live off-grid and don’t have the pressure of social media, corporate jobs, and the complexities of life. It stresses the importance of true human interaction where individuals create important bonds that require them to open up and be fully present whilst simultaneously showcasing the true beauty of nature.

Starring the late Robin Williams in one of his most iconic roles to date, Dead Poets Society acts as the perfect motivation for those viewers who may be seeking a change in life. The whole message of the movie is one that John Keatings shares with his student and that is to seize the day, live life unapologetically, and refuse the norm.

Dead Poets Society has become one of the most quotable movies in film history due to the wise words spoken by John Keatings and has been responsible for many viewers changing the way they view the world around them. Many fans have abandoned their set ways since watching this timeless flick and instead looked towards a life where they can be 100% themselves without judgment.

The Greatest Showman was one of the biggest releases of 2017 and its soundtrack continues to be played everywhere today. Whilst the movie was incredible in terms of CGI, it also wowed fans with its overall message that left many conversing about the ways disability, difference, and individualism can be celebrated.

The Greatest Showman contains some inspiring quotes and encourages people to let go of their insecurities to embrace difference and get the whole world saying ‘this is me.’ Its empowering message has encouraged many to change their lives inadvertently by celebrating the things that make the difference, resulting in them living a truer and freer life whilst simultaneously challenging the world to be better!

Lion is a soul-searching biographical drama that is both heart-wrenching as well as warming. Featuring Dev Patel in one of his most insightful roles yet, the movie delves into some deeper topics, resulting in viewers wanting to go on their own journey of self-discovery.

RELATED:The Best Biopics Of 2021, Ranked According To IMDb

The movie left many fans wanting to find out more about their family history, who they belonged to, and why they are the way they are. It is a story that allows each viewer to open up to the potential of being surprised, heartbroken, and even excited about what the future holds for their own family history and potential reunions with long-lost family members.

There are many behind-the-scenes facts about Billy Elliot but one of the best is that the movie was actually inspired by real-life events and has since prompted more young boys to take up dance. The movie definitely earned its place as a cinematic classic that proves to be just as important today as it was then due to its themes.

The film showcases that when faced with adversity, it takes courage to face those challenges, but ultimately with the right support system and self-belief people can achieve what makes them happy. Billy Elliot continues to be a name that viewers associate with passion and drive to do what makes one happy even if it means going against the norm.

Legally Blonde is definitely an icon in cinematic history and continues to be a positive, upbeat flick despite being over two decades old. The movie stars a young Reese Witherspoon who is determined to prove every stereotype and preconceived idea wrong by advocating that brains and beauty definitely go together.

The movie promotes the idea of self-identity and acts as a firm reminder not to judge a book by its cover, it is a feminist tale that encourages fans to go against the norm and be confident in doing it. Legally Blonde reimagined the idea of stereotypes and inspired its fans to challenge the ones that say they couldn’t by proving they can and they will!

Someone Great is easily one of the best Netflix original movies viewers need to watch if they haven’t already but it does much more than just provide an entertaining story. The movie homes in on that post-break-up feeling and just how vital a good support system is in times like this, it looks at how easy it is to view a relationship through rose-tinted glasses before offering a refreshing twist.

The movie sees Jenny chase a move across the country despite just being dumped, it creates the feelings of loss commonly felt in times of change whilst also shaping it as a positive situation. It reframes the typical break-up movie as a refreshing tale about self-love when Jenny decides to remember Nate as a memory rather than letting it consume her life and put it on hold. Someone Great is the perfect break-up flick that will get heartbroken viewers back on their feet and claiming what they deserve.

In terms of biographical adventure dramas, Wild is definitely one of the most inspiring and continues to captivate fans. The movie follows the true story of Cheryl Strayed who sought a new life after leaving her old one behind and is both heartbreaking and warming whilst also encouraging viewers to find solace in being alone.

The movie captures the true beauty of nature as well as its natural healing benefits for someone who may be seeking a new and improved way of life. It is a well-thought-out movie that stirs up many conversations about the quality of life one has got and led many viewers to evaluate how they were living and how they could change it, Wild highlighted just how healing being alone can be.

There are plenty of food scenes in Chef guaranteed to make viewers hungry but this cinematic comeback also sees a hunger for a better life when Carl Casper finds himself jobless. The movie is very much a story about getting back on the saddle after a setback and promotes the idea that everything happens for a reason, it depicts life changes positively even if they start negatively.

The movie is a charming and heartwarming flick guaranteed to have viewers’ stomachs rumbling, whilst simultaneously motivating them to follow their dreams. It humanizes the idea of starting again in life, if it doesn’t leave one wanting to pursue cooking then it will definitely encourage a move towards a career that sparks joy.

Brittany Runs A Marathon encouraged people to get up and get moving as Brittany undergoes a huge transformation (both physically and mentally) after being given a wake-up call by her doctor. The movie is not only about shedding pounds but also about letting go of things that don’t serve a person anymore.

The movie is an uplifting yet hilarious flick that many fans resonated with deeply, it showcased the highs and lows of undergoing a life transformation alongside the positives of gaining new friends. It’s a motivating watch that is guaranteed to get each viewer up and running in a bid to feel better and think better.