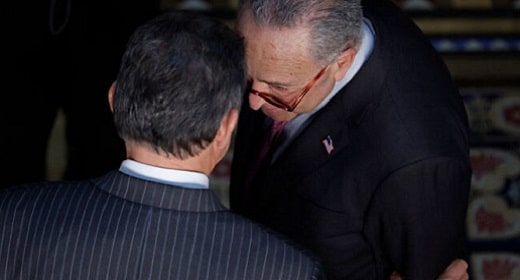 At the end of June, the Supreme Court sent a message to the Biden administration: Any significant actions on the climate couldn’t come through existing environmental laws. Instead, a clear congressional mandate for emissions reduction would be required. The administration had been working on getting such legislation through a narrowly divided Congress but continually ran afoul of Senator Joe Manchin (D-W.V.), who represents a conservative, coal-producing state and is personally invested in a coal-fired power plant.

On Wednesday, Manchin finally signaled that a deal was in place in the form of a 725-page-long package of legislation that’s being termed the “Inflation Reduction Act of 2022.” While its branding comes from changes in the tax code and a new drug pricing plan, the bill is heavily tilted toward actions to limit climate change, with billions of dollars of tax breaks going to renewable energy. While it’s not guaranteed that this package will become law, having Manchin signed on greatly increases its chances.

Inflation? Tax breaks? I thought this was climate stuff

The structure of the package is the result of some quirks of the US political system. First, opposing climate legislation has become necessary to remain a Republican in good standing, meaning that this sort of bill needs to be passed purely on the strength of Democratic votes. That’s no problem in the House of Representatives, where Democrats hold a slim majority. But in the Senate, which is split 50/50 between the two parties, any bills will be subject to a Republican filibuster that requires 60 votes to overcome.

The exception to this is budget legislation, which can be passed with 50 votes and the vice presidential tiebreak thanks to reconciliation. As such, all the programs in the bill need to be structured as budgetary measures. This means no emissions caps, no carbon trading system, nor any of the more straightforward means we have of bringing emissions down. Instead, the climate portion of the bill is heavily tilted toward changes in the tax code that allow spending on renewable power and efficient technology to be partly offset by tax breaks.

A number of these tax breaks have existed for a while but were set to expire. A large collection of measures simply replaces an existing program’s expiration date with a later date, extending tax breaks to later this decade or into the 2030s. (Variations on the following are frequent: “The following provisions of section 45(d) are each amended by striking ‘January 1, 2022’ each place it appears and inserting ‘January 1, 2025.'”)

The number of technologies targeted for tax breaks is dizzying: fuel cells, geothermal, energy storage, biogas, microgrids, thermal energy storage, hydrogen production, tint-changing windows, roof insulation, and more are all singled out. Individuals and companies are both given breaks, and the measures are designed to boost every step of the process, from refining raw materials to production to installation.

None of this actually pays for the installation of anything. Instead, it simply lowers the total cost of installation, ensuring that renewable and efficient technologies have an even quicker return on investment than they already do. At a time when wind and solar power are already the cheapest forms of energy generation, and offshore wind is poised to take off, the measures will ensure their expansion continues. And the bill will make it more likely the power that renewables produce can then be stored and used efficiently. Early estimates are that it could be enough to cut US emissions by 40 percent as early as 2030, in keeping with promises made by the bill’s backers.

In addition to getting Manchin’s agreement, the bill is also structured to appeal to the progressive backers of Green New Deal proposals. Specific credits are targeted for renewable energy projects that will supply power to low-income communities. Housing and Urban Development will also receive money to provide grants to improve the energy efficiency of low-income housing. And receiving the tax breaks generally requires that the work be done by companies that pay prevailing wages and employ people in apprenticeship programs—the latter a common feature of unionized labor.

In addition, some potential breaks (such as the one for electric vehicles) include income cutoffs that ensure the benefits will go to people with lower incomes. Some of the benefits are also capped, ensuring that you can’t offset enough to, say, replace all the walls of your house to get better-insulated ones.

In several instances, there are also cutoffs based on climate impacts, with things like some biofuels needing to reduce emissions by more than a set amount before they qualify for tax breaks. There are also programs that are meant to support technologies that are not yet economical, such as carbon dioxide sequestration and the production of green hydrogen.

There are also many items that will be a net climate negative. These include breaks for the production of bio-ethanol. Many efficient appliances that qualify for breaks simply have to meet Energy Star standards, meaning that things like natural gas heating can still qualify. And the bill specifically directs the Department of the Interior to restart some auctions for leases of offshore drilling sites, which will result in more oil and natural gas production.

Finally, there’s a large grab bag of funding that will boost responses to climate change. The Post Office will get $3 billion to buy zero-emission vehicles, providing a way out of an uncomfortable purchase decision. The National Park system will get money to improve climate resilience, and the money will be sent to the Department of the Interior, states, and grants to private individuals for efforts to reduce the risk of wildfires. Spending on drought response will also get a boost.

But one of the bill’s provisions suggests that the Biden administration might get the opportunity to send a message back to the Supreme Court. Part of the court’s reasoning in rejecting the Clean Air Act’s use to reduce coal plant emissions was that Congress had never passed a law specifically to lower carbon emissions. But the new bill gives the EPA $18 million to “ensure that reductions in greenhouse gas emissions from domestic electricity generation and use are achieved through use of the authorities of this Act.”