Are soul mates real, according to science?

by Amir Levine, MD: We’re all born with the brain neurocircuitry to see another person as more special than anyone else… 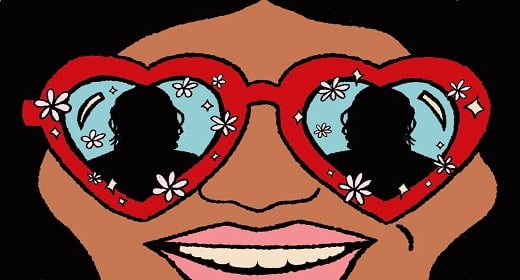 Amir Levine is a psychiatrist and the co-author of the book “Attached: The New Science of Adult Attachment and How It Can Help You Find and Keep Love.”

For humans, biologically speaking, soul mates are entirely real. But just like all relationships, soul mates can be complicated.

Of course, there isn’t a scientifically agreed-upon definition for “soul mate.” But humans are in a small club in the animal kingdom that can form long-term relationships. I’m not talking about sexual monogamy. Humans evolved with the neurocircuitry to see another person as special. We have the capacity to single someone out from the crowd, elevate them above all others and then spend decades with them.

In other words, soul mates are made possible for us because of the way our brain is wired.

What’s fascinating to me is that we are all unique. Our DNA is unique. Our faces are unique. Our brains are unique. And yet we all have the brain neurocircuitry to see another person as more special than anyone else. What happens when we make someone special like that is they become more valuable than others. There’s a lot more at stake whether they call us or don’t call us.

We take this ability for granted, but in the animal kingdom, it’s not that common. That neurocircuitry is called pair bonding. There’s a little rodent called a prairie vole that has a version of it. Prairie voles are grayish-brown, mouse-like creatures that don’t look particularly special. Unless, of course, you’re another prairie vole.

When one prairie vole finds another, they mate once, and that’s it. They huddle together and follow each other everywhere. What’s interesting is that there are very similar voles, the montane voles and meadow voles, that are promiscuous. The differences in the brains of these two rodents has become a classic way of studying the biology of monogamy and pair bonding.

It turns out prairie voles have more oxytocin and vasopressin receptors in their striatum, the area of the brain that’s associated with reward. These hormones are linked to feelings of trust, love and bonding. It’s a difference that allows prairie voles to create closeness with their mates.

But even within the species, prairie voles can form different levels of attachment. Some voles have more oxytocin receptors and some less. Some are more attentive to their partner — they groom and lick them more compared to other prairie voles. And there are wandering prairie voles that have “affairs.”

We see this variability in humans too. We can vary greatly in the strength of the bond we create. Some people have more caregiving tendencies; some people have less.

The million-dollar question is: How does the spark happen, and why do we get attracted to some people and not others? The laws of attraction are not fully understood. There are a lot of psychological theories, not at all backed by science. Some people say we’re looking for our parents. But studies offer a different view on this.

When you look at the neuroscience research, you see that for rodents that are monogamous, it’s smell that bonds them together. For humans, it’s probably about sight and smell.

We have a very developed visual system, and research has shown appearance is an important part of how we pick our mates. Their body odor becomes comforting to us and may even help maintain the relationship.

We look at someone, and smell them, and they just make sense to us.

Biologically speaking, close friendships are a type of soul mate too. People who become close friends often have an immediate affinity for one another. We know that close friends have similar brain patterns. A study this year found that close friends — the researchers focused on friends who immediately “clicked” — smell more alike than people who didn’t form close relationships.

In the study, scientists chose 20 sets of friends and collected body odor samples by asking them to wear the same T-shirt for a few days. The scientists used an electronic nose to determine the chemical fingerprint of each person’s body odor. They compared close friends and pairs of random strangers and found that the chemical signatures of the “click friends” were significantly more similar than people put together at random.

Yes, you can have more than one soul mate

The challenge with soul mates is that they can become etched in our brain. It’s a powerful biological system we have to respect, and it takes time to get over someone and heal, whether it be a breakup or a loss.

But here’s where it gets complicated. This ability we have to make someone special — our brains can do it again and again. That’s why we can have more than one soul mate in our lives.

My longtime friend and mentor, who died recently, had a relationship with a man for years. Then he died of cancer.

For decades, she lived alone without having a relationship. When she was 82, she started talking about this guy she had met. She started mentioning him more and more. And then she told me she had fallen in love, and he was moving in with her — after all those years.

For eight years, until her death, they lived together and traveled the world.

Some people believe there’s only one soul mate in our lives. But that stands in the way of thinking you can find someone else after a breakup and be happy.

The proof is everywhere you look.