How To Find Genuine Abundance

by Deepak Chopra™, M.D: Abundance is a baffling issue for most people because they approach it from a place of scarcity and lack… 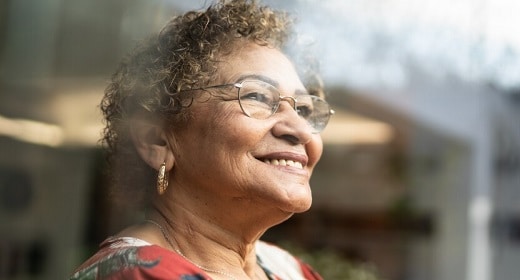 Changing your perspective is the first step is achieving genuine abundance. How much financial success you now enjoy, even if it is considerable, doesn’t necessarily improve an inner feeling that underlies a sense of lack: This is the feeling of “I am not enough.” As long as this is your baseline belief, abundance will be elusive.

“I am not enough” isn’t a casual belief but a deeply held one—in other words, a core belief. It exists deeply implanted with other core beliefs about being lovable, worthy, and safe. Core beliefs tend to merge, which tells us that what we’re dealing with is on a deep level of awareness. Material prosperity doesn’t even touch this level of core beliefs, although money, possessions, status, and power can patch over your deeper wounds and self-judgment. The way that some people can fixate on consumerism, to the point of amassing crippling debt, is one way that “I am not enough” is exerting a desire to be healed—if only one can find a way.

Taken by itself, Nature is abundant about providing sustenance so that every life form can not only survive but thrive. Human beings were not excluded from Nature’s scheme for thriving—just the reverse. The evolution of consciousness caused Homo sapiens to leap ahead into untold creativity. If we seem to suffer from lack, the fault doesn’t lie with our nature. A flow of creative intelligence courses through our bodies, including our brains, affording unlimited possibilities for abundant thinking, feeling, creating, discovering, and evolving.

This is where genuine abundance is found, at the level where creative intelligence is available. By design it should be constantly available. We know this because every cell in the body taps into a reservoir of silent intelligence that doesn’t think in words but nonetheless is almost infinite in how it manages thousands of intricate processes every minute. If a cell becomes disconnected from its core of intelligence, which is what happens with the anomalous cells that can grow into a malignant cancer, then disaster ensues.

The same issue of disconnection is the root cause of “I am not enough.” Core beliefs get disconnected from the flow of creative intelligence and therefore are not healed. Healing is as natural to your mind as to your body, even though a healed belief happens silently. When you are wounded in the unconscious mind, you are the healer and the one who needs healing at the same time. This dual role is hinted at in the Biblical axiom, “Physician, heal thyself.”

Without confronting it, most people have become disconnected from both roles they need to play; they resist the reality that they need inner healing, and they are baffled about how to heal the hurts, traumas, bad memories, and negative core beliefs once they do manage to confront them. As a result, countless people put up with a state of inner disconnect without knowing how or why it happened.

If you reconnect with the flow of creative intelligence, abundance begins to manifest without fear, resistance, or struggle. We tend to think that Nature can provide for lesser life forms but not for us. In other words, the belief “I am not enough” gets expanded to “We are not enough” as a species. Yet every evidence shows that human awareness has never stopped expanding, which is why we are living in the richest, most creative phase of human history.

What hasn’t kept pace with external material abundance is self-awareness. Only through self-awareness can you understand your dual role as healer and healed. The ego-personality is constantly torn between anxiety and insecurity, blaming outside forces for whatever seems to be lacking in a person’s life. Yet all this frenetic activity has no healing power. It takes awareness to heal awareness. There is no other way except to find the level where creative intelligence is allowed to untangle and dissolve the disconnect that is at the root of all problems inherited from the past— “I am not enough” took years to become hardened in place and innumerable experiences that left a negative imprint.

The steps of healing require attention but are not hard to master.

On this list each step is valuable and worth your time, yet the most critical point is to understand that abundance is all around us while scarcity and lack are mind-made. Set out to heal the core belief of “I am not enough,” and every experience that reconnects you with the natural flow of creative intelligence will establish that you are on the right path. In fact, this is the highest path for inner evolution, as every wisdom tradition has taught for thousands of years.