Mary Trump On How Her Uncle Keeps Getting Away With It

by Dahlia Lithwick: On a recent episode of Amicus, Dahlia Lithwick spoke with Mary Trump and Norm Ornstein about how one Trump-appointed judge was able to derail the Justice Department’s investigation… 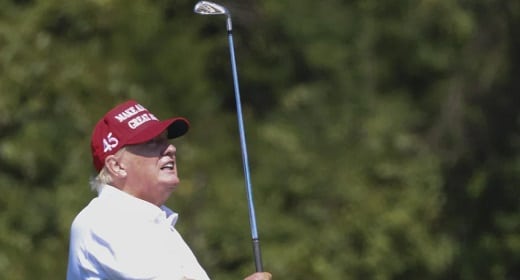 into the potential mishandling of classified documents held at Mar-a-Lago and what reforms are needed to repair this broken system. A portion of their conversation, which has been condensed and edited for clarity, has been transcribed below.

Dahlia Lithwick: I want to start with you where I just started which is: Why isn’t Donald Trump in jail right now?

Mary Trump: That is the question of our times. Well, he never has been. I think that is the foundational reason. This is a man who should have been in prison decades ago. He certainly should have been indicted for something. And this is just what happens when there’s no accountability, which leaves room for these countervailing forces to get momentum, and to change the subject. And we see in this most recent ruling by this hack of a judge, Aileen Cannon—she, by postponing what should have happened, gives room for Donald’s enablers and supporters to act as if everything’s fine.

We see with his increasingly hysterical missives on Truth Social and elsewhere that he is now actually frightened that this longtime, lifetime pattern of getting off from his criminal schemes may be coming to an end.

But what we also see with Judge Cannon is that he finds enablers in the judiciary everywhere. Here you have a woman who manifestly does not belong on the bench, who was jammed through days after he lost the election, put in place because she was a longtime member of the Federalist Society, and was actually under 40 when she was there, never should have taken this case in the first place. It was the most blatant example of shopping for the right judge that we’ve seen in a long time. Interestingly, when this first came up, she actually mentioned that, asking what gave us a little bit of hope, the pointed question, “Why are we here instead of with the magistrate judge?” And then not only took the case but issued this execrable ruling. But it’s not likely to stand. And I think the noose is tightening in so many venues in New York, in Georgia, and with this federal case, and we’re now seeing a level of criminality that is just shocking beyond even what we might have imagined.

The only publication that Judge Cannon listed in her judicial application was an interview she did about her wedding announcement. This is the most shoddily inappropriate person to be deciding major questions of national security.

But as you just said, this is a structures problem. We are in thrall to a federal judiciary that can simply leap in. The DOJ has the president dead to rights. He has taken classified documents. They are not his. They belong to the executive branch. He has refused to return them after painstaking efforts for the National Archives to save face and then lied about all of it. He’s likely compromised national security in ways we will never know about. It’s so bad. And a single judge strolls onto the stage, takes it away from both the magistrate judge and the judge in D.C., where this appropriately resides, and then just sticks a fork in the whole thing.

This kind of rule by juristocracy is crippling, and I don’t think we’re having serious conversations about fixing that structural problem at all.

Ornstein: I couldn’t agree more. And there was another interesting development along similar lines. Judge Reed O’Connor, who infamously had basically ruled that the Affordable Care Act was unconstitutional, just issued a ruling that said that PrEP, the drugs that prevent HIV transmission, cannot be forced as part of the Affordable Care Act’s formulary for religious reasons because people think that it’s only for homosexuals, and homosexuality is immoral, and therefore they don’t have to prescribe it. And it gets to a larger point that you’ve made, which is it is insane that a single district court judge can enjoin the entire country in an important action or can rule in the way that Judge O’Connor has.

This is in Congress’ purview. We have a lot of discussion about enlarging the court, and we have some discussion about term limits for Supreme Court justices. Nobody has effectively talked about the jurisdiction of the courts, which is totally, with a very few exceptions, in the original jurisdiction given in the Constitution to the Supreme Court. Congress can determine what appellate jurisdiction is. They can by legislation say, “No, we’re not going to let some insane district court judge who is ruling only because of forum shopping by extremists to basically rule over the entire country.”

And they can take away some of the Supreme Court’s jurisdiction as well. The bias that exists in all of our institutions, an anti-democratic bias, some of it built in, was kept in check by the norms in the system, but the norms have disappeared. And now you have a sizable share of the country willing to use these structural anomalies to basically rule over the rest of the country even though it goes against what the vast majority of Americans want or against what we would view as the rule of law. This is a crisis point, and I can only hope that we will get a Congress that will be willing to address some of this.

I want to stay with Norm’s observation because I know it’s something that you have been saying time, and time, and time, again. We can’t just complain. We have to fix things. Everything needs to be codified. I just don’t quite understand why there’s such an appetite in the media for describing whatever the tragedy de jour was, whatever the win was, the highs, the lows, without having the structural conversation that Norm is suggesting.

If we do not have it, we’re just going to have a big win-loss column and no democracy left. And you’ve been watching how the media has covered Donald so astutely. Why aren’t we sitting around this week talking about how is it possible to forum shop and get a judge who quite literally sticks a fork into the single most important not just criminal investigation but national security inquiry in the history of this country. And why are we not all of us talking day and night about the kinds of judicial reforms and jurisdictional reforms that Norm is invoking?

Trump: Part of it is just a failure to grasp what is actually going on. You don’t even have to go that deep. But if you don’t feel that it’s your job to dig at all, then you miss the red flag that Norm just spoke about, that literally one person can make decisions that affect the entire country. I think back to the Florida judge who lifted the mask mandate on planes claiming the CDC didn’t have jurisdiction over keeping American citizens safe from diseases, which is an interesting take on that.

But a larger problem is that we used to be able to equate media with journalism. And that connection started unraveling not surprisingly in the ‘80s in New York when Donald was on the front page of at least the New York Post practically every day for God knows how many years because it sold papers. The coverage was incredibly superficial. The focus was on whatever myth he was spitting, and there was no willingness or desire to go beyond that or behind it and report on what was really going on.