The Rule-Breaking Paper Microscope That Costs $1.75 To Make

by Katie Hunt: Discoveries involving a lab accident, venomous snails and a scientific instrument made from paper are some of the obscure… 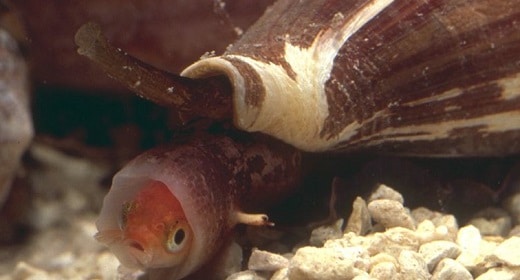 quirky or convoluted advances honored Wednesday with awards that celebrate research that ultimately had a big, if unexpected, impact on society.

Three teams of scientists won 2022 Golden Goose Awards, a prize organized by the American Association for the Advancement of Science, for their research projects that morphed from “wait, what?” moments to pioneering breakthroughs.

“The Golden Goose Award reminds us that potential discoveries could be hidden in every corner and illustrates the benefits of investing in basic research to propel innovation,” said Sudip S. Parikh, chief executive officer at AAAS and executive publisher of the Science family of journals.

Here are this year’s award-winning discoveries, which illuminate the unpredictable path of science and the benefits of investing in research that might not immediately pay off.

More than a decade ago, Stanford University bioengineer Manu Prakash was in the Thai jungle on a field trip for his research into rabies when he had an idea for a cheap, easy-to-use microscope.

“I saw this $50,000 microscope in a jungle in the middle of nowhere, locked in a room. It was an ironic moment. I could see immediately it wasn’t the right tool,” said Prakash, an associate professor and senior fellow at the university’s Woods Institute for the Environment.

Why was this essential piece of scientific equipment that could help diagnose devastating diseases like malaria sitting unused? It was bulky and awkward to transport, required training to operate, and was difficult to maintain. As delicate and expensive as the instrument was, even trained technicians might feel nervous about using it, Prakash explained.

Prakash imagined an inexpensive microscope that could be used by anyone anywhere but was powerful enough to see a single bacterium. Along with his colleague Jim Cybulski, Prakash came up with the Foldscope – a flat-packed microscope made from paper and a single ball lens.

“It took an immense amount of engineering. In that earliest phase, I was sat next to labs with million-dollar microscopes. We wanted to make a microscope at a price point of $1.”

People initially thought the idea was a bit silly, Prakash said, and getting funding for the work was a challenge.

Fast-forward to 2022. The Foldscope isn’t quite as cheap as a dollar, but at a cost of $1.75 to make, it’s a tiny fraction of the price point of most lab equipment. The final magnification of the telescope is about 140x, powerful enough to see a malaria parasite in a cell. The instruments have been deployed across the world in a dizzying array of applications. Last year in India, the Foldscope was used to identify a new type of cyanobacteria. The microscope has also helped to identify fake drugs, Prakash said.

Prakash said Foldscope – and the wider premise of frugal science – has a bigger role to play in a world awash with misinformation: “I want to bring science into everyone’s hands. Make it more personal. We have decoupled everyday life from the process of science.”

The Foldscope is powerful enough to see a single bacterium.

American Association for the Advancement of Science

A side hustle that transformed neuroscience

As scientists working in the Philippines in the 1970s, biochemists Baldomero Olivera and Lourdes Cruz, professor emeritus of the University of the Philippines Diliman, found it tough to get hold of the right supplies for DNA research.

“We had to find something to do that didn’t require fancy equipment because we had none,” said Olivera, a distinguished professor at The University of Utah’s School of Biological Sciences, in a video produced for the Golden Goose awards.

Olivera and Cruz came up with what they hoped would be a fruitful side project. Cone snails are commonplace in the Philippines, and they had always fascinated Olivera, who had collected shells as a child. The pair decided to research the nature of the venom that the snails used to paralyze their tiny fish prey.

A synthetic embryo, made without sperm or egg, could lead to infertility treatments

The team discovered the bioactive compounds in the venom were tiny proteins known as peptides. After moving to the US and teaming up with University of Utah grad students Dr. Michael McIntosh and the late Craig T. Clark, Olivera and Cruz learned that some of the venom peptides reacted differently in mice than in fish and frogs. It turned out in mammals the compounds were involved in the sensation of pain, rather than muscle paralysis.

“There was this incredible gold mine of compounds,” said McIntosh in the video. He is now a professor and director of research of psychiatry in the School of Biological Sciences at The University of Utah.

Work on one type of compound from the venoms, known omega-conotoxin, led to the development of a potent pain reliever, ziconotide, commercially known as Prialt.

Their work on conotoxins also transformed neuroscience. Other scientists are now exploring the possibility of using conotoxins to treat a wide range of illnesses, including addiction, epilepsy and diabetes.

How a lab mishap led to a way to correct vision

The most famous lab mishap in science history, when mold contaminated one of Alexander Fleming’s petri dishes, led to the 1928 discovery of the first antibiotic – penicillin.

Much less well known is the lab accident that contributed to the development of LASIK, a laser procedure to correct vision problems, including near- and farsightedness. It’s a procedure that has allowed millions of people around the world to ditch their glasses for good.

In the early 1990s, Detao Du was a grad student at the University of Michigan in the lab of Gérard Mourou, a French physicist and professor. Morou, along with Canadian physicist Donna Strickland, developed an optical technique that produces short, intense laser pulses that can drill precise points without causing damage to the surrounding material. This discovery earned Mourou and Strickland, a professor in the department of physics and astronomy at the University of Waterloo in Canada, the 2018 Nobel Prize in Physics.

American Association for the Advancement of Science

One evening while working in the lab, Du accidentally lifted his goggles while aligning the mirrors of a femtosecond laser, then a very new type of laser that emitted an extremely short pulse of light. Du’s eyeball caught a stray beam.

“He came to my office very worried. He was afraid they would close the lab,” said Morou, who encouraged Du to see a doctor.

Du was treated by Dr. Ron Kurtz, then a medical student interning at the University of Michigan’s Kellogg Eye Center.

“When we dilated the eye, what I saw was a very small number of very precise, what we would call, retinal burns in the very center of his retina,” Kurtz said in a video produced for the Golden Goose awards. “I was curious as to what kind of laser this was.”

Convinced it could have a medical application, Kurtz met with Morou’s team and ended up conducting research with Du, who had quickly recovered from the injury. After a year, they presented their findings at an optics conference in Toronto in 1994. There, they encountered and teamed up with a researcher who was already investigating lasers to correct vision named Tibor Juhasz, then a research scientist at the University of California. By 1997, Kurtz and Juhasz founded IntraLase, a company that focused on commercializing the bladeless LASIK technique for corrective eye surgery.

Mourou said he had never imagined that his precision laser would have applications beyond physics. He also credited the university leadership, who while insisting on better safety protocols, didn’t close his lab as he had feared. Instead, the officials funded some of the research that led to the corrective eye surgery technique.

“It took an accident like this to realize a new field,” said Mourou, who added that Du suffered no lasting effects from his injury.