In an effort to add more electric vehicles to its fleet, Uber has rolled out an option that allows users to select those vehicles… 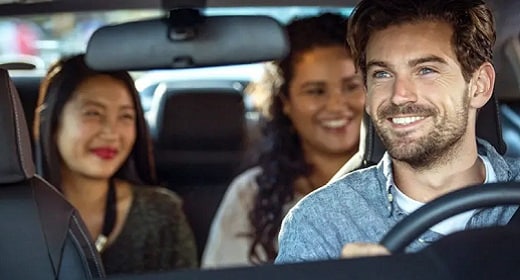 Starting Thursday, Uber’s Comfort Electric option is being offered in an additional 15 U.S. cities. That brings the program to a total of 25 cities and states in North America.

By 2030, Uber wants all its vehicles in its fleet to be electric—if a driver does not have an EV by then, they will not be allowed on the platform.

“We have a target to be fully electric in the U.S., Canada and Europe,” he said.

“Will a driver who is driving a gas-powered vehicle be allowed on your platform?” Tracy asked.

“No, if we’re doing our job we’re gonna be all-electric,” said Khosrowshahi.

According to the Environmental Protection Agency, transportation is the single largest source of planet-warming greenhouse gas emissions in the United States.

Uber is trying to slash its carbon footprint by incentivizing its drivers to switch to EVs.

But they are not cheap. Electric vehicles cost an average of $60,000. Uber plans to spend $800 million to help offset the cost for its drivers.

The company is also paying drivers a dollar for every EV trip they make and providing discounts on charging. Uber is partnering with Hertz to allow drivers to have the option of renting Teslas on a weekly or monthly basis.

Uber driver Mallissa Gilgen has been participating in the program and renting a red Tesla since March.

She said she has been making $200 more per week driving the Tesla and skipping out on California’s high gas prices.

“I don’t know about you but $200 a week adds up you know? For me and my family, that is like a week’s worth of groceries right there,” Gilgen said.

She also said she has been receiving more tips from drivers and gets fewer cancellations with the rented Tesla.

Right now, Uber’s Comfort Electric option is not the cheapest on the platform and sometimes the wait can be longer to locate a driver. But Khosrowshahi said the more EV drivers they get on the app, the cheaper and quicker it will become later on.

“The more electric cars we have in a particular market, the more the waiting time comes down and pricing can come down as well,” said Khosrowshahi.

Despite the new features, Khosrowshahi said there is still a lot of work to be done to meet the goal by 2030, but the company is on the right track.

“The momentum is great but most of the work is ahead of us not behind us,” he said.

The company plans to double its EV fleet to 50,000 vehicles by next year.